208 Redial: John Miller can't stamp it anymore as the price of stamps goes up in 2000

In 2000, the Idaho Life reporter lamented another penny increase for postage. 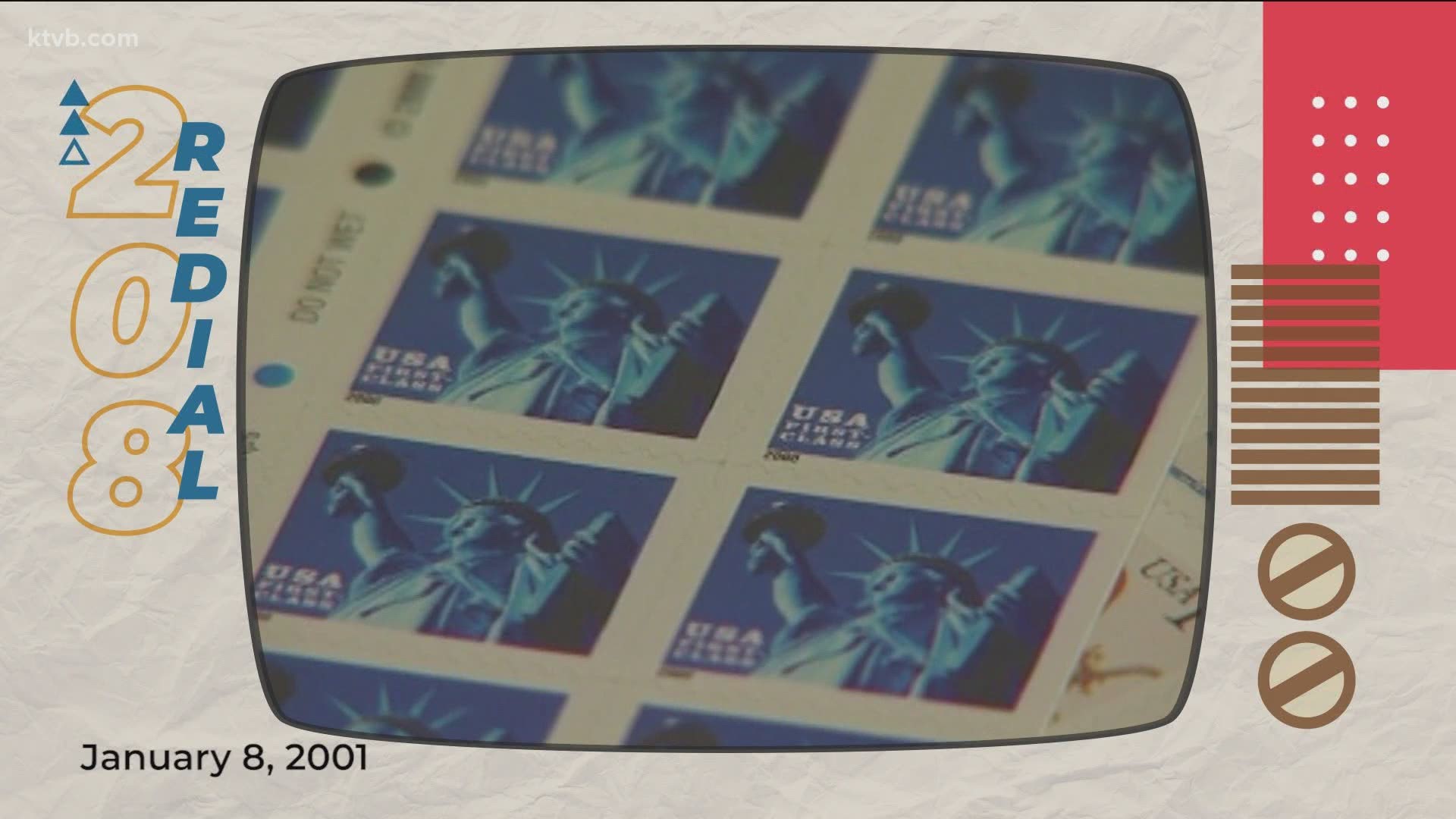 BOISE, Idaho — In case anyone needed a reason to cut loose, October is National Stamp Collecting Month. Whether you've used stamps with the Pony Express or sealed an envelope with your student loan payment with your tears, stamps can bring people together.

Or make someone teeter on the existential edge, like John Miller.

In 2000, the Idaho Life reporter lamented another penny increase for postage.

At the turn of the new millennium, the US Postal Service decided it would be a good time for a new price. At 34 cents, an increase of one cent, it would be the second such change in as many years.

You know, every time they jack up the price of stamps, they come out with those temporary stamps, with letters on 'em.

They must have gotten sick of me, because this year, it's just a plain old stamp, that costs a penny more.

Waiting to buy little teeny stamps to stick next to our suddenly insufficient first-class jobs, standing in line, the same as we did six years ago. How scary is that?

They're trying to get us one penny at a time? I think so!

Dave Cole is feeling the pinch, he's sending off his 100 wedding thank you notes. He said he figures we’ll survive like last time, and the time before that.

There have been a dozen price increase for postage stamps since then. It now costs 55 cents to mail a letter first-class.

Since it is National Stamp Collecting Month, there are several stamp collecting clubs in southern Idaho, including one in Eagle. Their 25 members usually get together once a month in the basement of the Eagle Methodist Church.

But because of COVID, KTVB was told that they haven't collected since February. COVID - even crashing our stamp collecting.

Dial it back with more 208 Redials:

See all of the latest episodes of the 208 Redial in our YouTube playlist: