Three people are dead after a boiler explosion near Soulard. Four people have been transported to a hospital where two are in critical condition and two are in serious condition, according to the fire department. 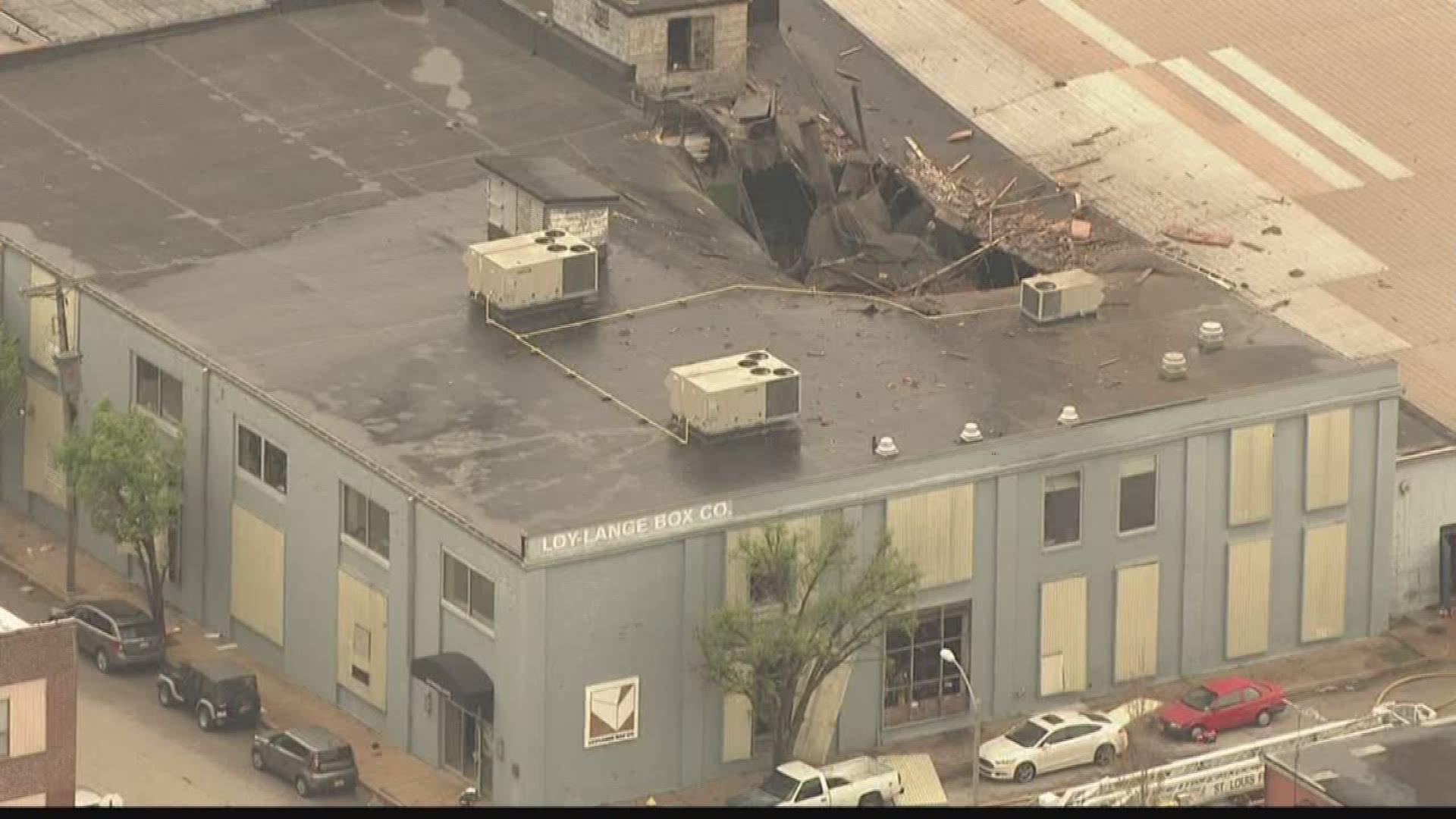 Three people are dead after a boiler explosion near Soulard. Four people have been transported to a hospital where two are in critical condition and two are in serious condition, according to the fire department.

At least three buildings were affected in the area.

The boiler exploded around 8 a.m. at Loy-Lange Box Co. on the 200 Block of Russell, the boiler then crashed through the roof of Faultless Healthcare Linen, which is located at 2030 S. Broadway - about 500 feet away. Fire Chief Dennis Jenkerson said the boiler is about the size of a full size van.

One of the victims killed was identified by police as Kenneth Trentham, a 59-year-old man working inside the box company at the time of the explosion. The other two people killed — a woman and man — were at their first day on the job at Faultless Healthcare Linen. They have been identified as 43-year-old Tonya Gonzalez-Suarez and 46-year-old Christopher Watkins of the 10100 block of Cabana Club Drive in St. Ann.

The city requires companies like Loy Lange to have a licensed engineer on site at all times when large industrial boilers are being used. According to records, Loy Lange has three such engineers, including Trentham.

65 firefighters responded to the scene within 15 minutes of the call, around 8 a.m.

The scene is under control and no foul play is suspect, according to fire officials.

Investigators will seek out and review the boiler's inspection and maintenance records, though "it appears just to be a commercial accident," Jenkerson said. Investigators from the U.S. Department of Labor's Occupational Safety and Health Administration were on the scene.

It wasn't immediately clear if anyone was working on the boiler at the time of the blast.

5 On Your Side has attempted to reach out to Loy-Lange Box Co., but has not heard back. An email message from The Associated Press to the company wasn't returned. The company is described on its website as a "full-service corrugator and custom box manufacturer."

“Our concern first and foremost is for our affected employees and those of Loy Lange and their families.

We have been informed that a fire of unknown origin erupted this morning at the Loy Lange property adjacent to our Faultless Healthcare Linen plant at 2030 South Broadway; that material from the Loy Lange fire came onto a portion of our building; and that as a result there are said to be injuries and fatalities among our Faultless Linen employees. At this time, the extent of the injuries and the names of those injured or killed have not been released.

We immediately will be giving what practical help we can to our employees and their families. We are grateful to the firefighters and other emergency responders who have acted heroically in response to this tragic event.

We intend to update this statement when we have more information later this morning.”

According to the Associated Press, federal workplace safety regulators say Loy-Lange has paid fines for workplace violations three times since 2014.

Scott Allen of the Occupational Safety and Health Administration told the Associated Press the Loy-Lange Box Co. paid a $3,741 fine after an August 2016 inspection found holes in floors that prevented proper cleaning.

An inspection in November 2014 found defective equipment, including a forklift without lights and damage to some safety latches. The company paid $6,566.

And in February 2014, the company paid $2,450 for defective energy control procedures, such as not properly training employees to ensure machinery was turned off and powered down.

According to the company that sold the boilers, Loy Lange had a new system installed in the late 90's and early 2000's. A spokesman for that company believes the steam generation system didn't fail, but rather something happened to a highly pressurized tank that holds water at 330 degrees.

This is a developing story and 5 On Your Side has a crew on scene and will provide updates as we get them.

1 / 9
<p>The St. Louis Fire Department says a boiler explosion is to blame for the collapse of three roofs.</p>