Police have not released details on where the plane was headed and what caused it to go down. 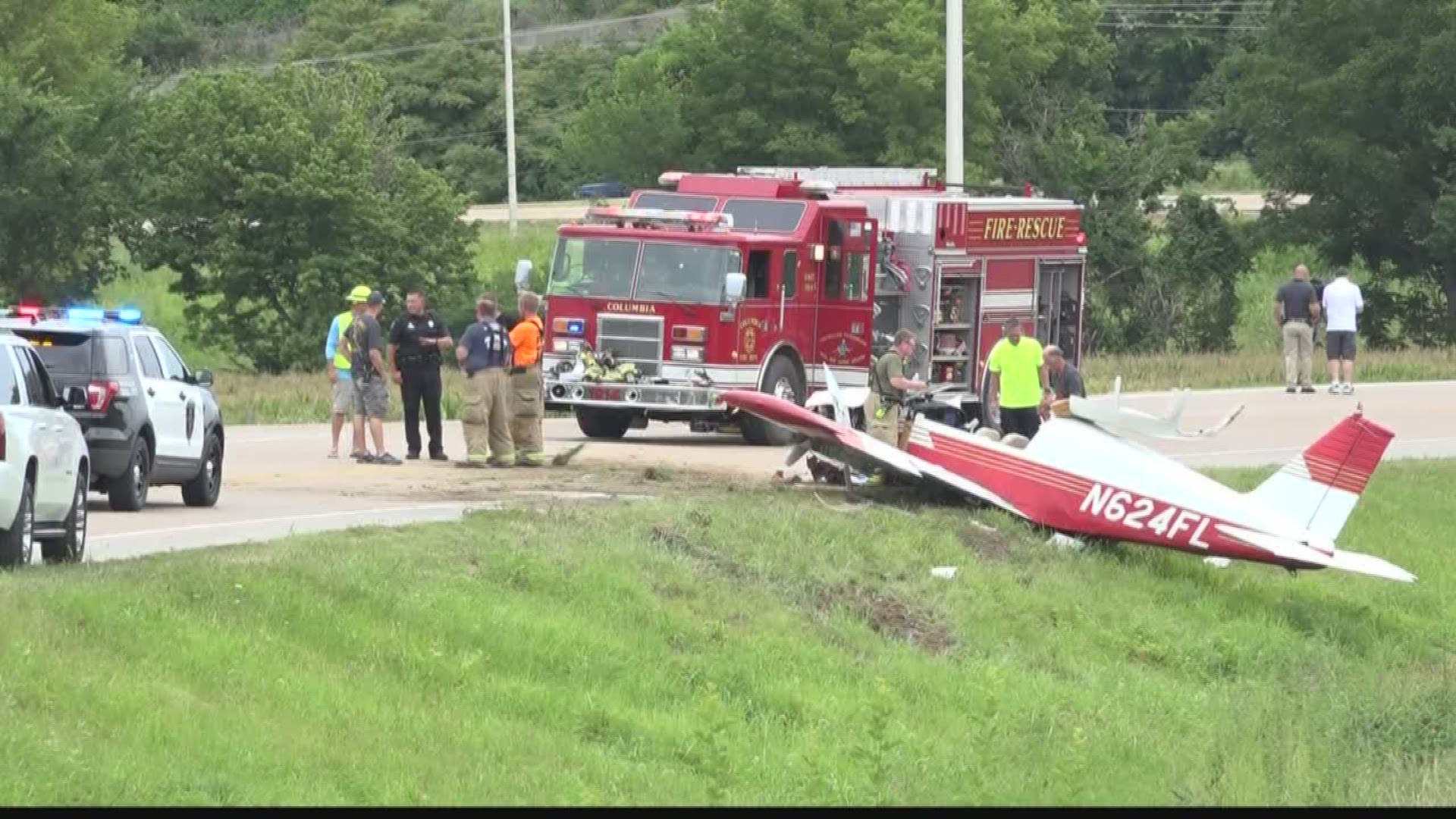 COLUMBIA, Ill - A small plan crashed near the Red Roof gas station near Interstate 255 and Route 3 in Columbia Saturday afternoon.

Three adults and one child were on board at the time of the crash. They were taken to an area hospital with what the Columbia Fire Protection District described as "non-serious" injuries.

Lynn Mitchell witnessed the moments right before the plane crashed.

She said she and her family were on their way to the mall when she noticed something wrong with a plane flying right above her car.

"You can hear that the engine was stalling and was not functioning, so I don't think he had really any help from the engine at all,” Mitchell said

As the plane got lower and lower, Mitchell said it clipped several power lines, which caused widespread power outages throughout the area.

"When he went through the power lines they snapped, and sparks were flying everywhere," Mitchell said.

The hard impact caused the aircraft to break into pieces.

After watching the crash, Mitchell prayed that the pilot and passengers were OK as people rushed to the wreckage.

"Immediately, tons of people stopped from the highway. I mean people converged all over and they were all trying to help get them out,” she said.

Police have not released details on where the plane was headed and what caused it to go down.