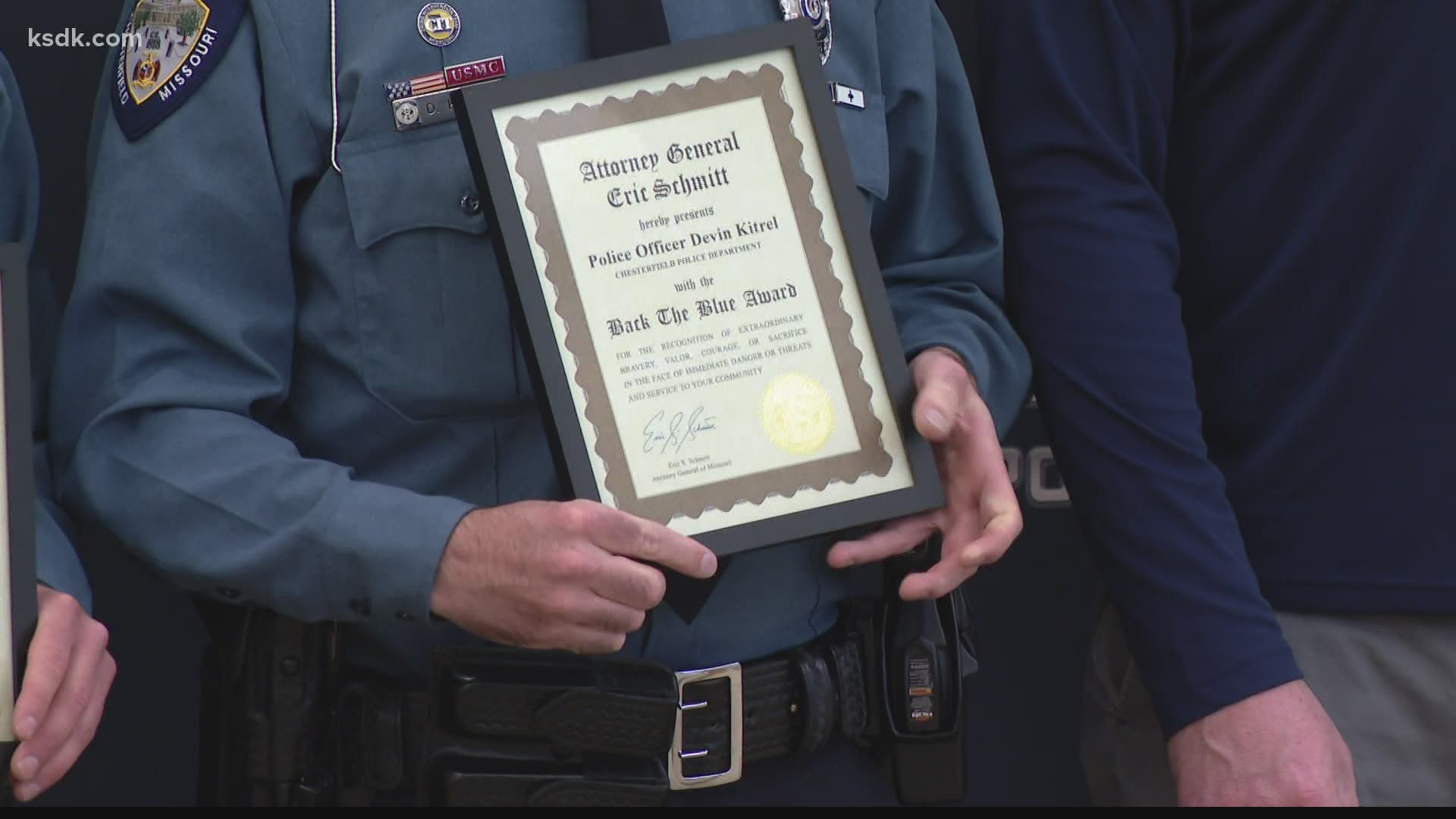 CHESTERFIELD, Mo. — Missouri Attorney General Eric Schmitt presented the Back the Blue award to six Chesterfield Police Department officers for their role in rescuing a man from a burning vehicle in September.

“Missouri’s law enforcement serve their communities with bravery and honor, and their sacrifices for their fellow man should be recognized and celebrated. Each day, law enforcement and first responders leave their families, not knowing if they will make it home at the end of the day,” Schmitt said Friday.

The attorney general noted that the officers "displayed incredible courage ... while rescuing a man from almost certain death."

Early on Sept. 23, the six Chesterfield officers came upon a heavily damaged car that had hit a tree in the 14300 block of Olive Boulevard. The car was on fire, and officers saw a passenger entangled in wiring and stuck in the wreckage.

Facing extreme heat and imminent danger, Mattaline, Kitrel and Broeker worked to cut the passenger loose, while Broeker fought the blaze with a fire extinguisher. Moments after officers freed the passenger and moved him to a safe place, there was an explosion inside the car.

The attorney general’s Back the Blue award recognizes law enforcement across the state for courage in the line of duty or extraordinary service to the community. St. Louis police officer Michael Langsdorf was posthumously awarded the inaugural award, and officers from St. Charles, Wentzville, St. Louis County, Kansas City and more have received the award since.