The accident occurred at Highway OO south of Highway DD. Police said the pickup truck hit the back of the buggy around 6:45 a.m. Thursday. 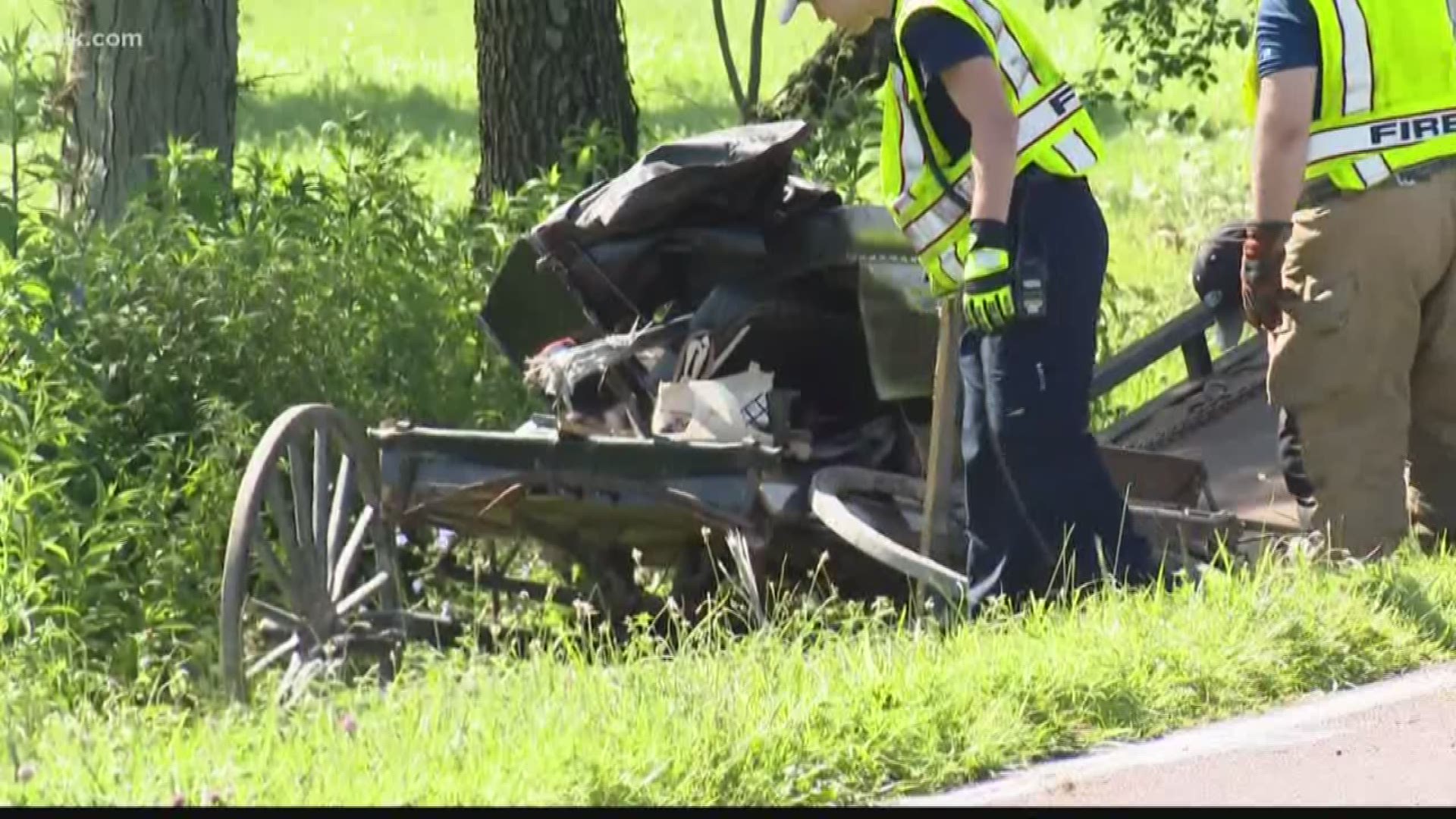 ST. FRANCOIS COUNTY, Mo. – One child was killed and five others were injured after a pickup truck hit a buggy in St. Francois County Thursday morning.

According to the Missouri State Highway Patrol, an 7-year-old boy was pronounced dead at the scene and five people, ages 10, 12, 21, 19 and 50 were injured. The buggy was heading to a blueberry farm and they were not far from it when the accident occurred.

The boy has been identified as Mervin Shirk.

The horse that was pulling the buggy was not injured.

The accident occurred at Highway OO south of Highway DD. Police said the pickup truck hit the back of the buggy around 6:45 a.m.

A speed limit sign on Highway OO is listed at 55 mph. The Missouri Department of Transportation said it is legal to drive a buggy as long as there is a 'slow moving vehicle' sign on the back to warn drivers. There are also signs in the area that read 'share the road with buggies.'

A 16-year-old was driving the pickup truck and he had a 15-year-old passenger. Police said the teens were on their way to work when the accident occurred.