"Being an interracial family, we had to learn a lot about what it meant to be white parents with Black children," Nolan's parents said 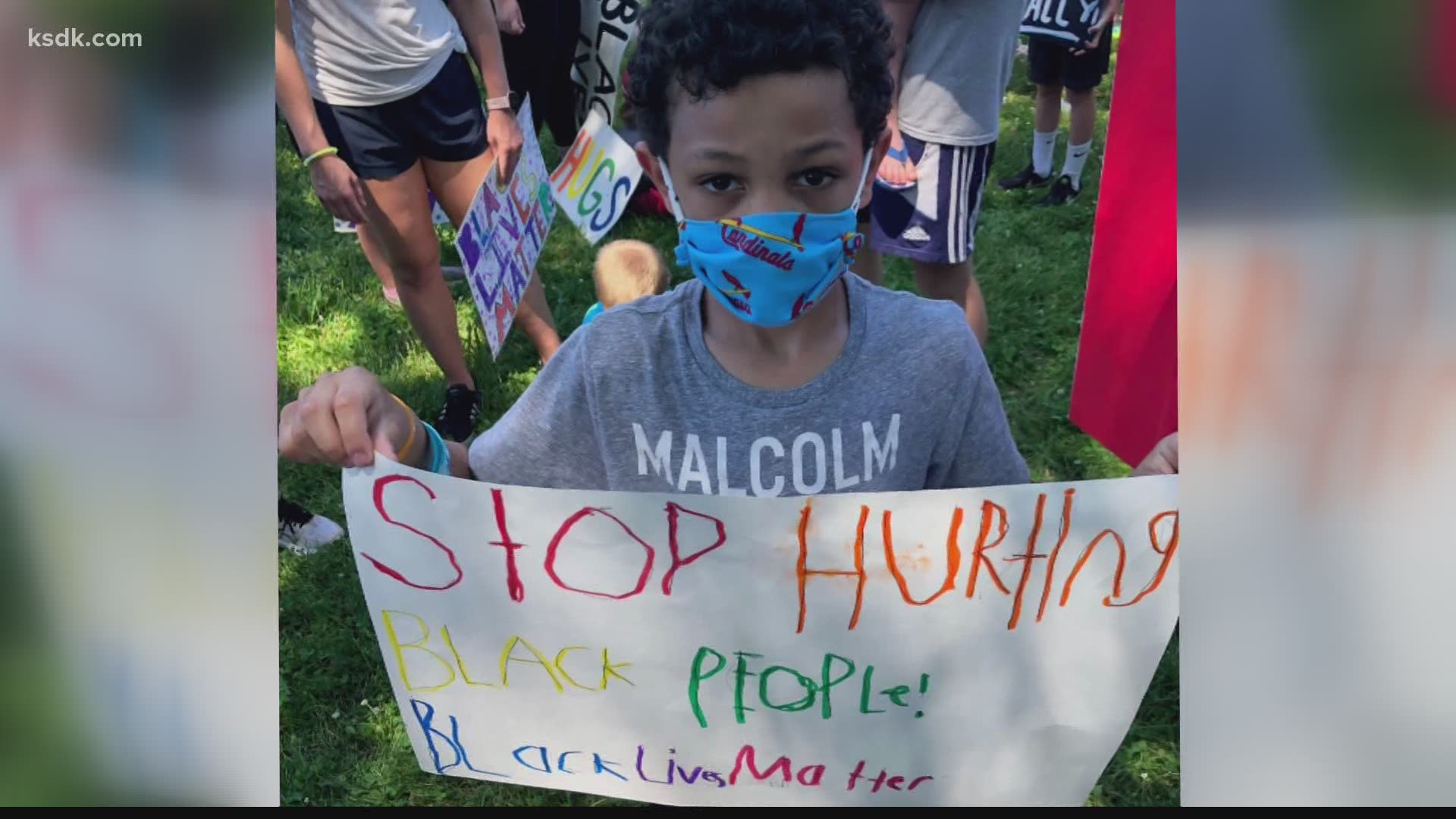 KIRKWOOD, Mo. — "I think that Black Lives Matter is not just important to adults, it's also important to kids," explained 8-year-old Nolan Davis.

Nolan may be young, but he says he wants to make a difference.

When Ryan and Kristin Davis adopted Nolan and his sister Caroline, they made it their mission to get educated.

"Being an interracial family, we had to learn a lot about what it meant to be white parents with Black children," said Ryan.

But sometimes kids ask questions that are difficult to answer, which is what happened after Nolan learned about George Floyd.

"'Why did they do that to him?'" Kristin recalled Nolan asking. "And I don't have a good answer."

So, the Davis family decided to attend a Black Lives Matter march, and then Nolan asked if he could have a march of his own. It was supposed to be just friends and family, but that changed when this poster was put on Facebook.

Nolan plans to not only lead the march, which starts at Kirkwood Park, but to make a speech. 5 On Your Side got a sneak peek.

With the pandemic, no one knows what school will look like this fall. But some kids are getting an education right now.

"I think by bringing kids into it, we're raising the next generation, I say to stand up and speak out," Kristin said.

For more information you can email: daviskristin25@gmail.com.