"The brotherhood — the thin blue line they call it. We're all there for each other," he said. 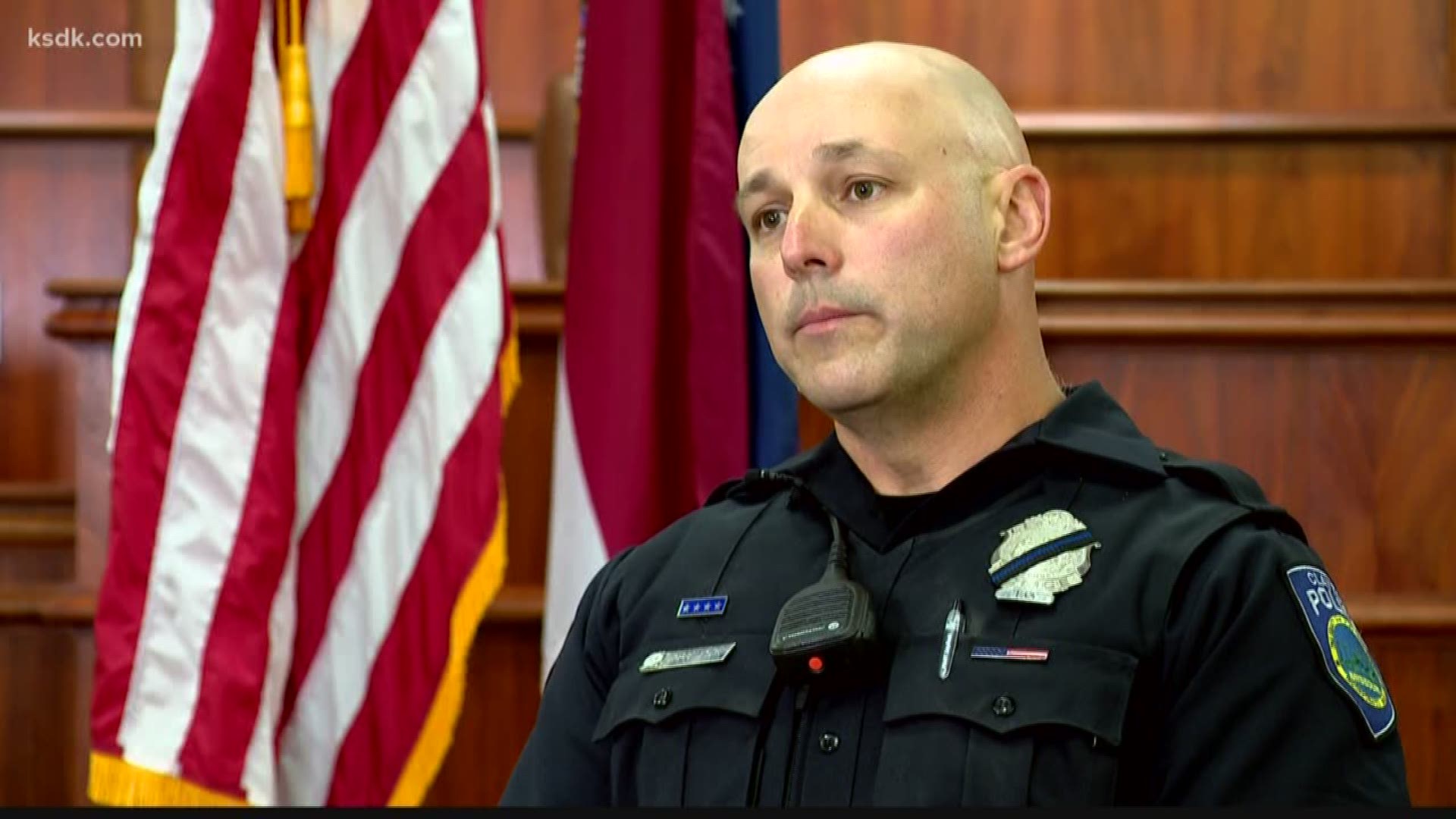 OLIVETTE, Mo. — Ever since North County Police Cooperative Officer Michael Langsdorf was killed Sunday, a mix of law enforcement and firefighters have kept a constant vigil.

The symbolism, unmistakable, that the bond of brotherhood within the police ranks won't be stopped by anything, not even death.

"They asked if any officer wanted to be there and I raised my hand and said I want to be there," said Hinrichs.

We asked Officer Hinrichs why serving in this solemn role was important to him, despite the fact he never met Officer Langsdorf.

"Because I want to pay my respects when I hear something like that. I want to be there for a fallen brother and show my support," he answered.

Hinrichs is one of the dozens that have agreed to make sure, until Michael reaches his final resting place, that he is never alone.

"It’s hard, just talking with other officers there from other departments. Kinda all hanging in there," said Hinrichs.

Shortly after the autopsy was performed, he describes a moment he won't ever forget.

"We had the flag, we unfolded the flag and laid it over him. It was tough," said Officer Hinrichs.

He said, none of the group that served with him knew Michael directly, but that doesn't matter.

"There was even an officer there from Ashland, Missouri. I was impressed by that. It’s just outside of Columbia," he added.

Les Kerr is part of the team that organizes all of this.

"Our sole mission is to ensure he’s honored as the hero that he is," said Kerr, the Team Leader of the Missouri Law Enforcement Funeral Team.

They organize the honor guard, processions, even the funeral simply so the family and his brothers in service don't have to, and can grieve.

That's why Eddie felt called to do his part.

"I just wanted to be there for him," said Hinrichs.

Because the badge symbolizes more than service. It's a crest for a family thicker than blood.

"The brotherhood, the thin blue line they call it. We're all there for each other," he said.

RELATED: Former officer says what happened to Officer Langsdorf is something all first responders fear

RELATED: 'He was my hero' | Boy photographed with fallen officer shares gratitude