Every day they will have nine food trucks for lunch, up to nine for dinner. 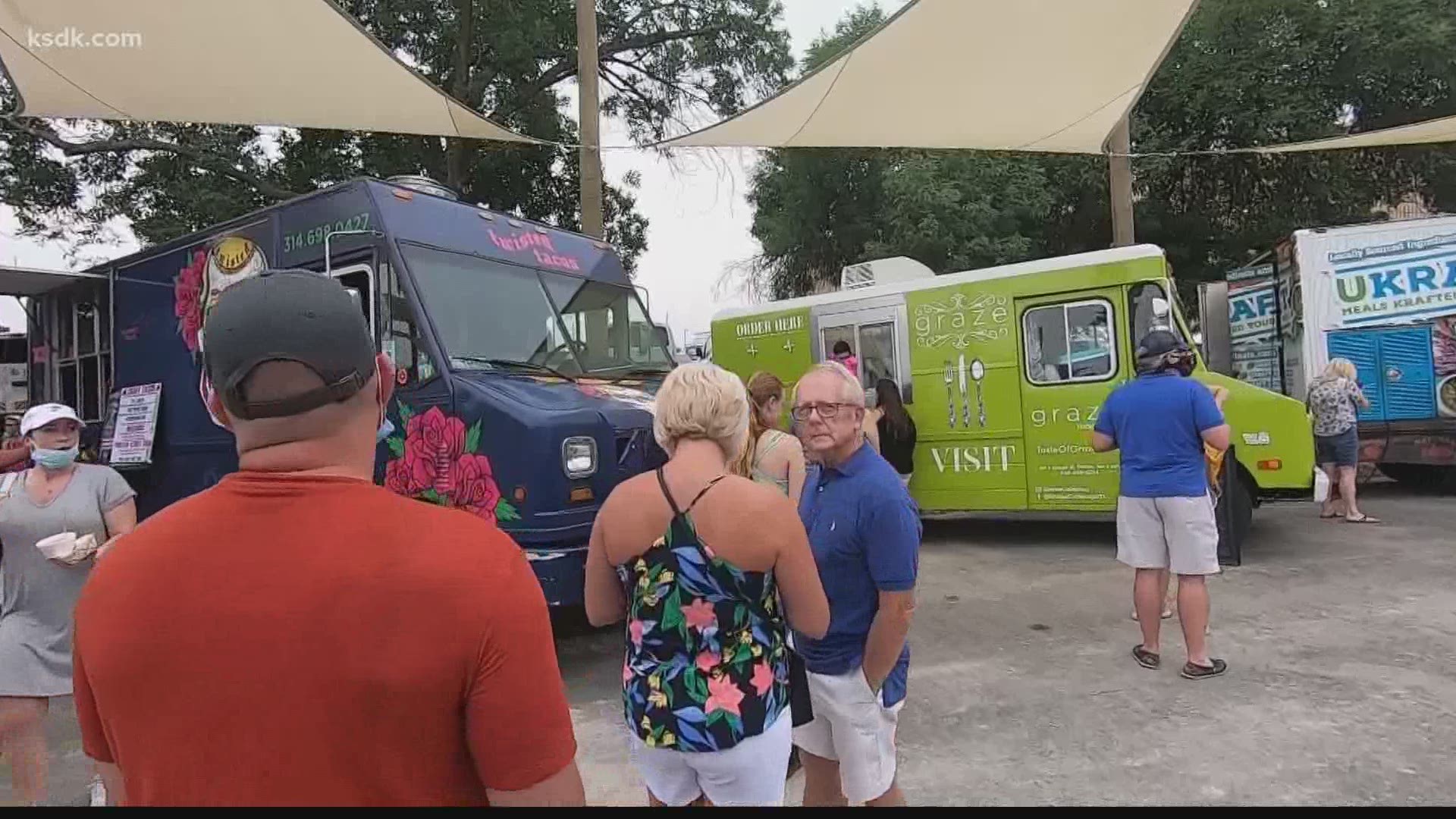 It is a family-focused entertainment district and picnic park in Affton, taking over two acres of space.

Brian Hardesty, chef and co-founder of Guerilla Street Food and managing partner of 9 Mile Garden, cooked up this idea 6 years ago.

In the last 14 months, this finally came to life, after Hardesty partnered with Seneca Commercial Real Estate.

"Every day we will have nine food trucks for lunch, up to nine for dinner. There’s a 26-foot wide movie screen out here and there’s a live music stage across from it," Hardesty explains. "I think it’s important to offer a space where people can get out of their house and do it in a safe way."

Fortunately, Hardesty says, this venue is mostly outside. But they've also taken extra measures for coronavirus.

He says all of their tables are at least 12 feet apart. They have hand washing stations at the garden and bar, as well as hand sanitizing stations.

Jacob Schmidt with Graze Catering says it's also important to take extra precautions inside the truck to take care of guests.

"There were about two months that we went dark. There were a lot of events canceled and we lost a decent amount of money. The crowds are great today, we’re making a lot of money!" Schmidt says.

Chloe Baker, the owner and chef of Red Dirt Revival says the coronavirus pandemic also hit them hard in their first year of business.

For these owners, it's finally a taste of some hope.

"I don’t think we could be any more excited, any more blessed," Baker says.

Hardesty is also feeling grateful, "To see it come together and be exactly what we were hoping for is kind of a dream come true."

To commemorate the opening, the Affton Chamber of Commerce will host a ribbon-cutting ceremony on July 9 at 10:30 a.m. at 9 Mile Garden, located at 9375 Gravois Road in Affton.

WHERE DID THE NAME COME FROM:

Back when Soulard Market began getting popular, you would see community gatherings throughout the region.

Farmers would drive their harvests to an open space and back up their trucks, which allowed people to walk along and choose what items they wanted. These were called "truck gardens," and Affton was known for having a high concentration of them.

On the 9 Mile Garden's website, it says, "Our culture's fascination with food trucks lends itself to creating a modern-day community gathering place—a "food truck garden"—where people can peruse the offerings of local chefs and choose what most delights them and their fellow diners. We're proud to have an inaugural food truck lineup that includes 30 of St. Louis' best and most beloved trucks."

They explain that the "9 Mile" comes from the days before streets had names or road markers, where landmarks were named for their distance from the courthouse or city center. Their food truck garden is approximately nine miles from St. Louis' Old Courthouse.

RELATED: This Richmond Heights business requires everyone to wear a face mask