Abandoned mansions in Branson could have a future as housing development 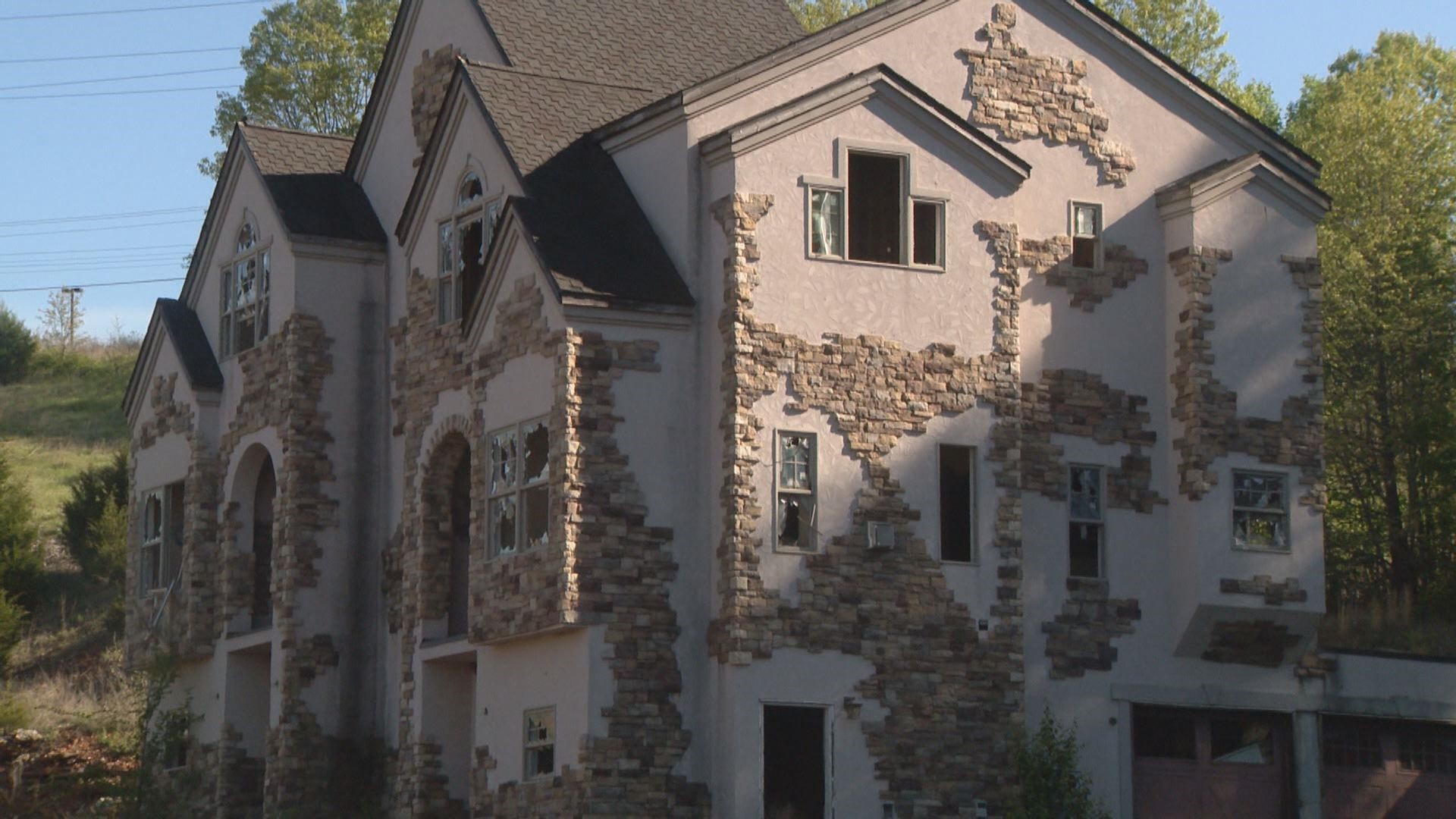 BRANSON, Mo. — If you or your kids are on TikTok, you may have seen a free attraction in the Branson area.

If you look up "Indian Ridge Resort" online, your search will turn up a haunted house with a 5-star rating on Google Maps. It's not a real attraction nor is it a haunted site, but this abandoned property has garnered attention from people who've named it so on the search engine and even given it an excellent rating.

The abandoned homes do look a little spooky, thanks to a social media post that renewed interest in the defunct project, not too far off the Branson strip. Even though the Stone County Sheriff's office patrols the area daily, curious onlookers still drive up and try to get on site.

No one has officially seen the inside of the homes since a real estate fraud scheme shut down the project in 2006, but the owners granted 5 On Your Side an exclusive look inside the blighted properties in hopes to see a glimpse of their future.

The development was supposed to be a billion-dollar resort master community with retail, golf, vacation homes, and a lakeside view. As the TikTok video stated, it turned into a ghost town when the housing crisis hit, and several people were put in federal prison.

"The FDIC came in here and basically shut it down — locked it up and told everybody to get out of here," said Jason Simmons, the listing agent of the property. "TikTok really just set it on fire."

Watch the viral video on TikTok:

Simmons is now viral, too, since someone posted the billboard with his mobile number online. He fields tons of phone calls and fends off daily trespassers on site. But, there has been some good with the renewed interest, and he hopes it comes down to a new buyer.

"This is literally a diamond in the rough that's sitting here," said Simmons. "There's so much potential, so much opportunity, and so much money that can be made here."

The houses that are left standing are 6,000-square-foot duplexes, and people might not realize they still have great bones. Many were near completion when the project was shut down. Sidings and roofs protected the homes through years in the elements. If anything, the most damage came from vandals. All in all, it's roughly 26 acres with nine buildings and 64 buildable lots. And they're listed for $2.5 million.

"These things are in great shape," said Simmons. "We've already had an engineer and an inspector look at the property and have given us the thumbs up on it."

Kera Whaley is a realtor at Lakeland Realty. She said she's had calls to go see the home but has never had a chance until recently. Though sad to see the vandalism, she said it’s exciting to think of the possibilities.

“I mean, you're you're in the best of both worlds," said Whaley. “You’ve got Table Rock Lake over here, and you've got Branson attractions over here. You can't get much better than that."

Simmons is hoping for a sale soon. At the time this story was published, one potential buyer couldn’t come up with earnest money under the deadline, but Simmons thought there would be another interested buyer around the corner.

“They just need to be rehab fix it up a little bit and make something great,” said Simmons. “Even with all the years of everything and how long it sit here, you can see that it's not as bad as what a lot of people think.”