According to the protesters, the movement was done "in solidarity with the people of Yemen." 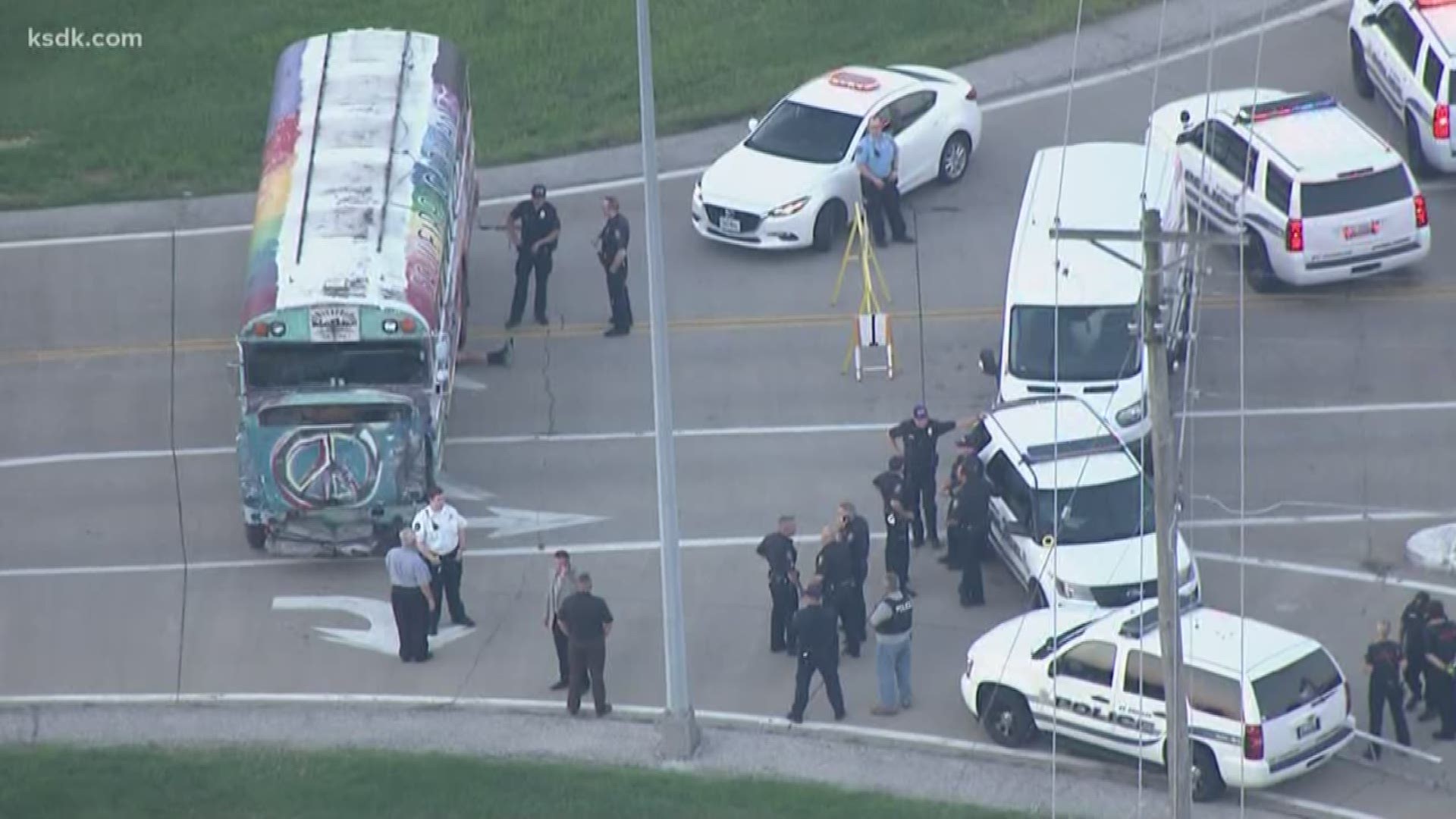 At about 5:30 a.m., two men blocked one of two entrances to the facility using a customized, decorated school bus. Employees were still able to use a second entrance to get to work.

According to a news release issued by the protesters, Earth Defense Coalition, the protest was done "in solidarity with the people of Yemen as they are murdered by Saudi Arabia using weapons supplied by Boeing and other weapons manufacturers." The news release clarified the decision to protest the St. Charles facility, saying they were responsible "for manufacturing smart bomb kits similar to the one used in the aforementioned bombing."

"We are here today in solidarity with our victims in Yemen," said Phillip Flagg, an activist, in the prepared statements. "To the people of Yemen, I'd like to say that we have heard your cries and that you are not alone."

At one point, one of the protesters was under the bus. The men said they planned to continue protesting until they were forcibly removed.

The men were arrested peacefully for disrupting a thoroughfare at about 9:30 a.m.

They’ve been identified as a 21-year-old from Florida and a 24-year-old from Texas. Police aren’t sure if the men live in St. Louis right now. Their names have not been released.

Boeing told 5 On Your Side that the materials and technology used in the Yemen attack were manufactured by another company. However, a representative said Boeing makes similar materials at the St. Charles location.

“Boeing supports U.S. government sales as requested by our customers, including development and procurement of new and existing weapons capabilities supporting more than 35 global allies. Specific questions regarding international arms sales and operations should be directed to the U.S. government,” Boeing said in an emailed statement.