Afghans take to streets of St. Louis to rally for peace in their homeland

"I just want as many people who want to leave that situation to have the ability to get out,” said Moji Sidiqi 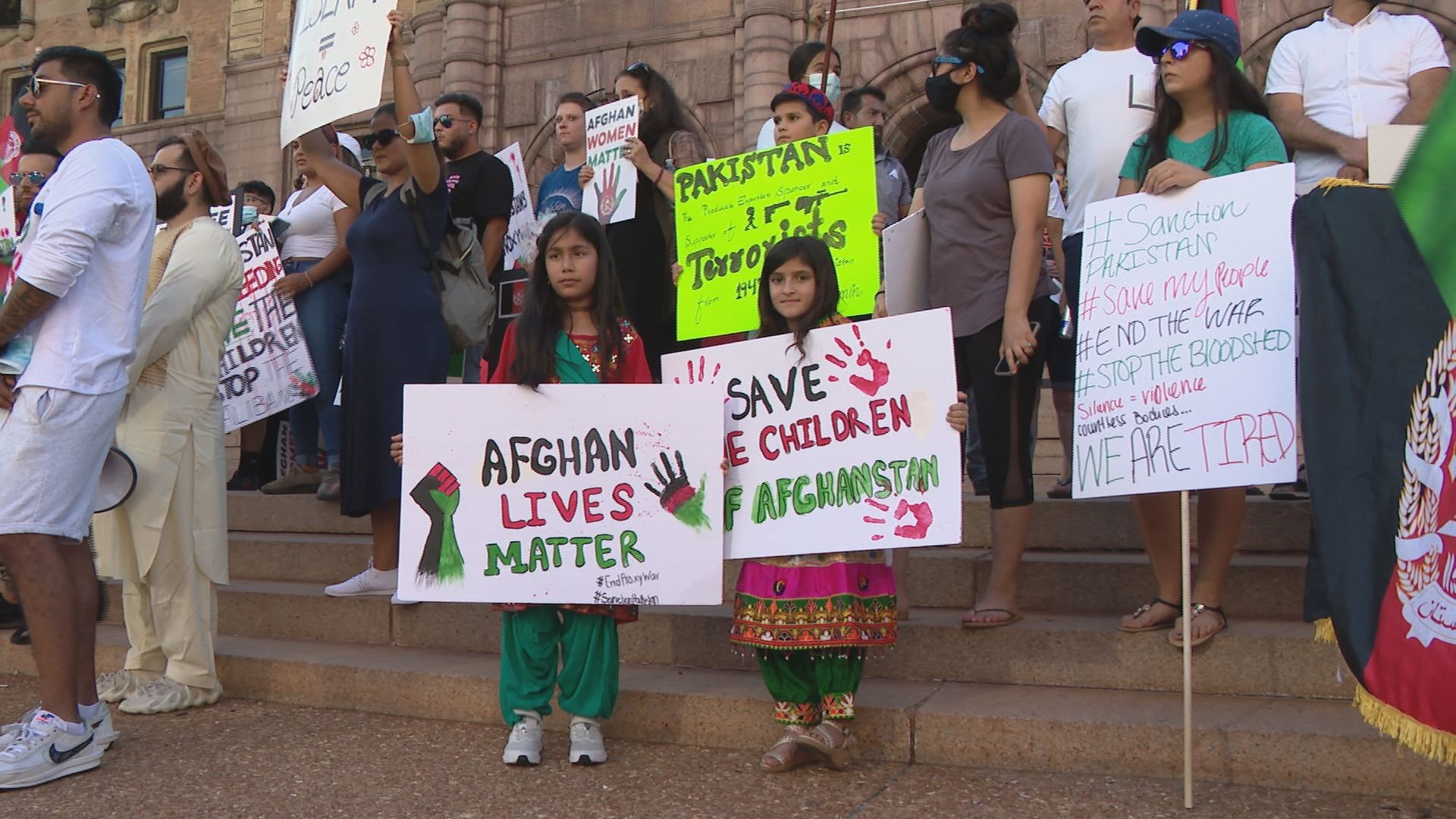 ST. LOUIS — Afghans who have previously left their country and relocated to the St. Louis region made their voices heard during a march through downtown St. Louis.

The Taliban are quickly regaining control of Afghanistan after the withdrawal of US troops.

"A lot of people are discouraged,” said Moji Sidiqi. “They've been hanging on for a long time."

Arbila Hatifie and Moji Sidiqi can only watch in horror with the rest of the world as they wait to hear from their loved ones still in Afghanistan.

"The past three days we have lost all contact,” said Hatifie. “They're not able to contact us because of the fear they're in. Their locations are being tracked by unfortunately the Taliban."

Over the past 36 hours, President Joe Biden said the United States has airlifted more than 11,000 Afghans to safety.

"I just want as many people who want to leave that situation to have the ability to get out,” said Sidiqi.

Even as commercial airlines are being enlisted to airlift Afghans out of their homeland some feel their loved ones are being abandoned by the rest of the world.

"It's not enough,” said Sidiqi. “Millions of Afghans have been left hopeless."

"Unfortunately, there are thousands and thousands of other women and children that are suffering behind today,” said Hatifie.

Refugees have begun making their way to countries like Qatar, Germany, Kuwait, and Spain to begin the screening process. But even as they begin the process of getting out, many Afghans are left dreaming of one day returning to their home.

"We are all hoping and wishing for a day when we can go to our homeland, have our flag up the way it is here right now, and have rights,” said Hatifie.

Many of the protestors are calling on the United States and other countries to put pressure on Pakistan, who they believe to be funding and training many of the Taliban soldiers.