"Not a lot of girls are interested in it so it’s pretty cool," says Hailey Todtenhaupt, a mentor for the Junior 500. 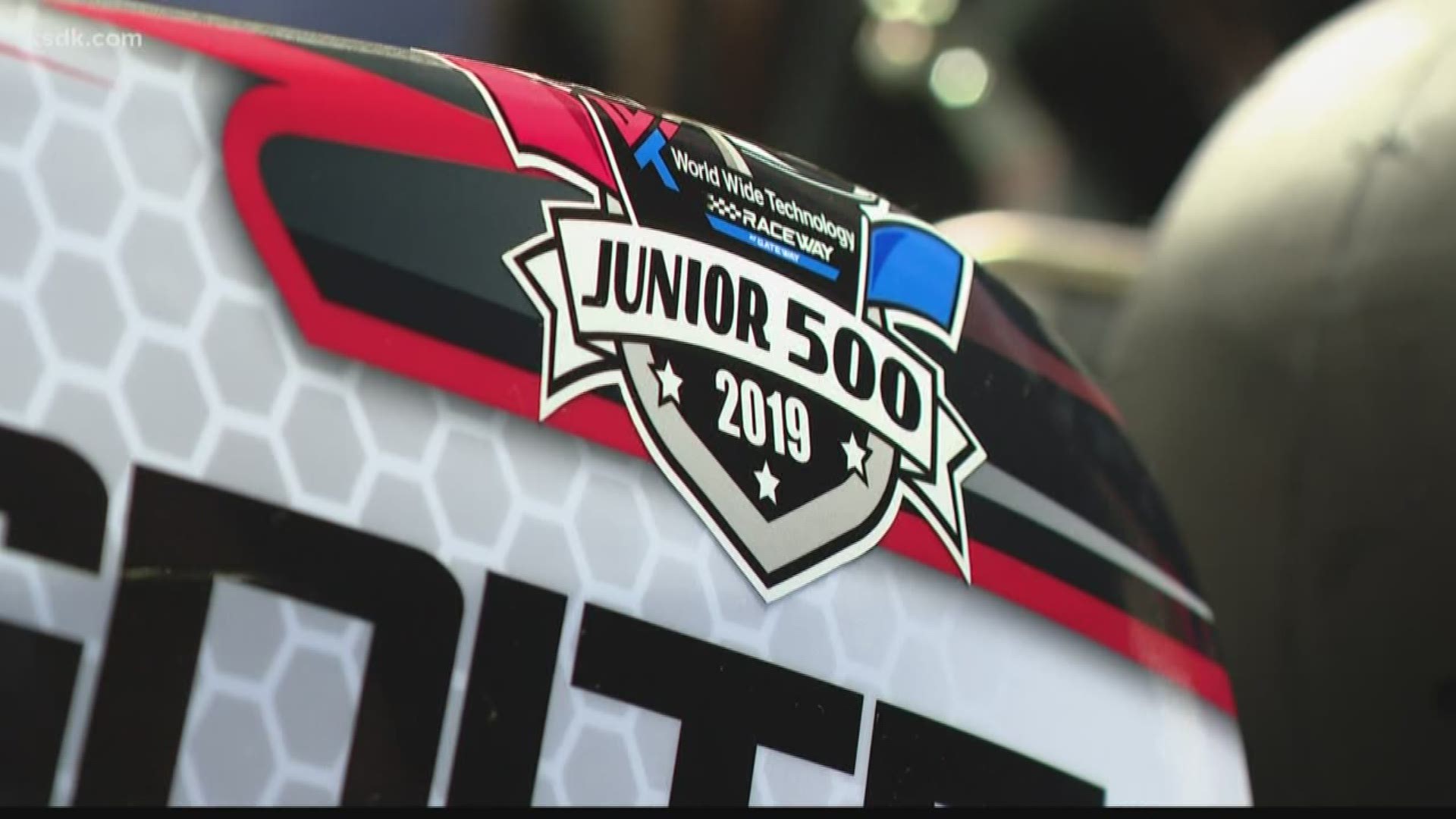 MADISON COUNTY, Illinois — For avid race fans, there's no better sight than a crowded garage two days before a race.

That is unless you're the owner of Worldwide Technology Raceway.

"The things that you’re doing tonight are going to be things I did before I ever started racing," said Curtis Francois, the owner of the track.

Francois hopes he might be inspiring the next generation of "gear-heads;" a generation that looks like Hailey Todtenhaupt.

"Not a lot of girls are interested in it so it’s pretty cool," said Todtenhaupt, a mentor for the Junior 500.

Hailey may not have had much of a choice, racing runs deep in her family.

Hailey considers the Junior 500 as a chance to adopt a few more into the fold.

"I thought we were going to some sort of technology place and be on computers making cars," joked Kayla Payne, one of the participants.

Before today, Kayla had never even changed a blown tire. Now, she's installing one.

"It’s not going to fall apart because I know what I did," Kayla said proudly.

Kayla is a member of Girls Inc. — the only all-girls group participating in the Junior 500.

Cheryl is their proud, and impressed, leader.

"We’re going to push back the stereotypes and break the glass," said Cheryl Jones, the President of Girls Inc.

The Junior 500 is all about taking students interested in STEM courses, away from a computer and get their hands a little dirty.

"But you have to try everything once, which is what we try to encourage our girls to do," said Jones.

Only one car can win, but for Francois, seeing smiles on so many faces is his own version of Victory Lane.

"Now we’re bringing that out of the classroom, and onto the racetrack so they can practice what they’re learning," said Francois.

All of the teams will continue working on their karts before the Junior 500 on Saturday.

That's the precursor to the main event - the Bommarito 500 Saturday night.

RELATED: Man gets 18 years in prison for carjacking of Meals on Wheels driver, 2 others