A fight between 18-year-old Ahmad R. Sanders and a juvenile started on the court and spilled into the stands. 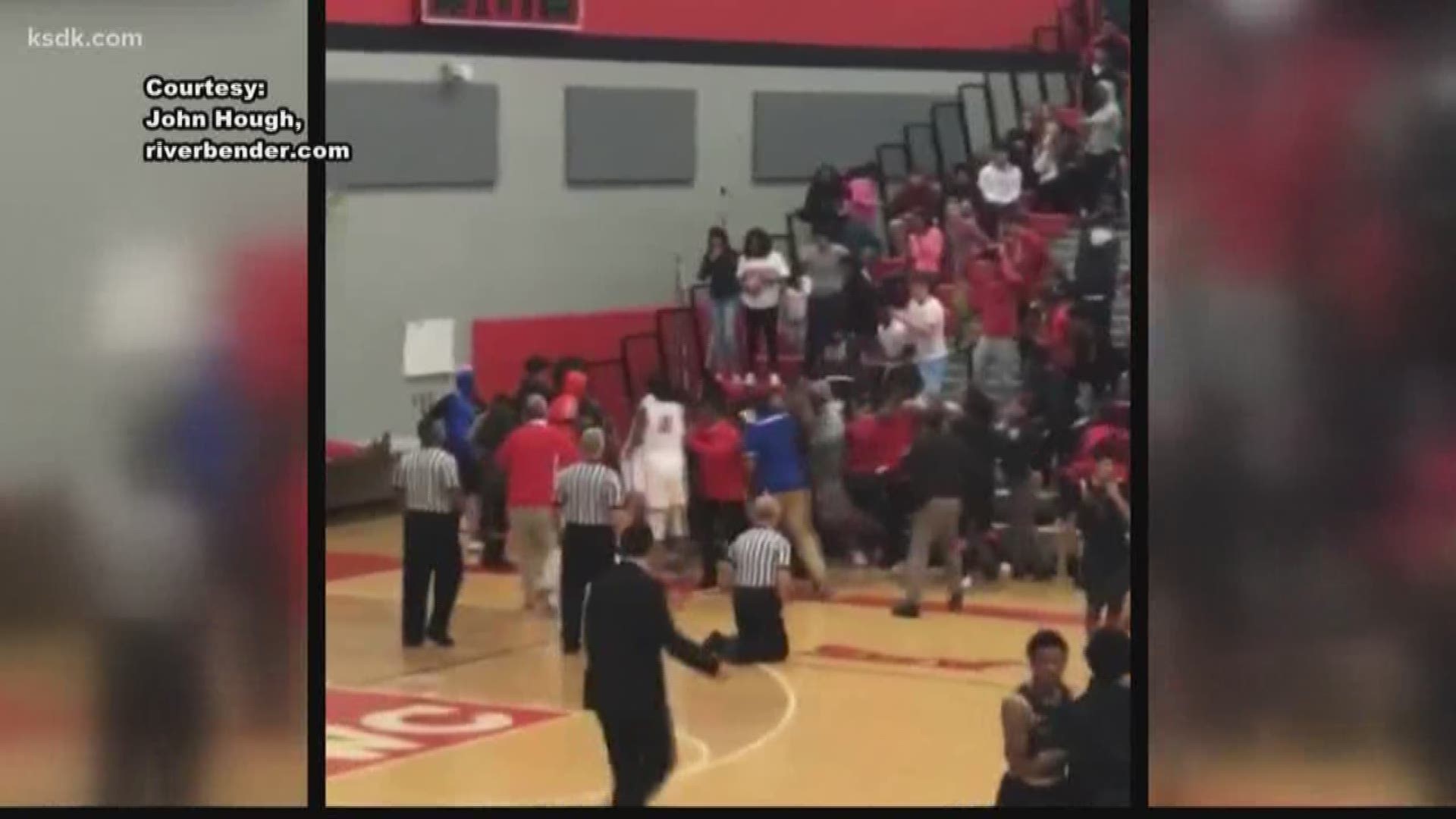 EDWARDSVILLE, Ill. – The Madison County State’s Attorney has filed charges against five people after a brawl at an Alton High School basketball game in November.

Officers from the Madison County Sheriff’s Department intervened in a fight that broke out during a basketball game between Alton High School and Riverview Gardens High School. Both teams received a forfeit loss as a result of the brawl.

A fight between 18-year-old Ahmad R. Sanders and a juvenile started on the court and spilled into the stands. During the altercation, a referee was pushed to the ground. Sanders is a senior guard for Alton High School.

“While it may be understandable for tempers to flare in the middle of a sporting event – it is not acceptable for individuals to go so far over the line. In such cases, there must be accountability,” said State’s Attorney Tom Gibbons. “These charges are the result of an exhaustive review of all available evidence in the case, including video – and apply only to those individuals.”

Sanders is facing a felony count of aggravated battery and three counts of resisting a peace officer. His bond was set at $40,000.

Cri’Shonna R. Hickman is facing one count of aggravated battery. Hickman’s bond was set at $20,000.

Tiffany K. Brown is facing one count of aggravated battery. Brown’s bond was set at $20,000.

Additional charges were filed against two juveniles, they have not been identified.