Ambulance crashes off I-170 with patient, paramedics inside

No one was seriously injured. 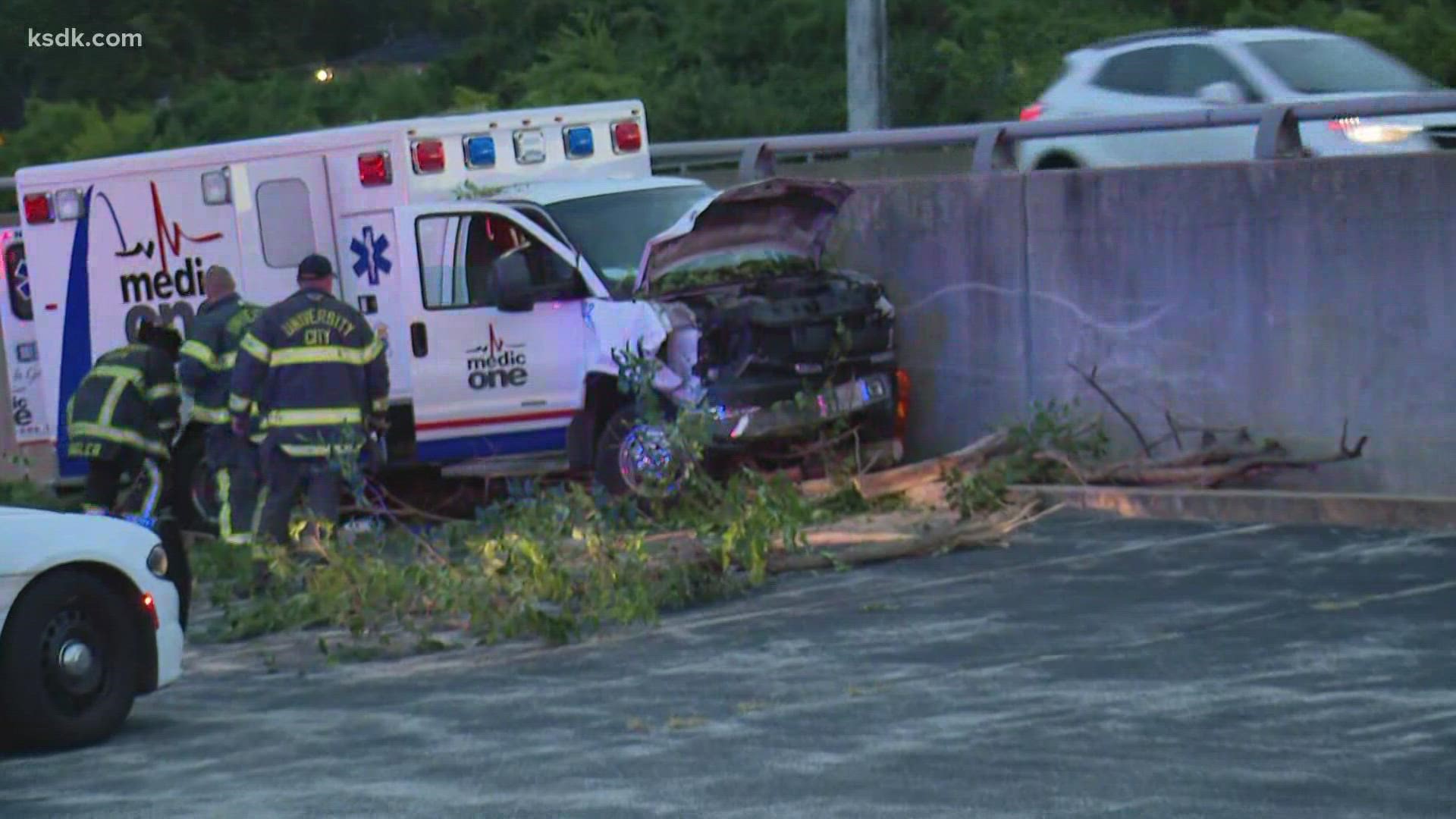 UNIVERSITY CITY, Mo. — An ambulance veered off of I-170 near the Delmar Boulevard exit in University City with a patient and emergency responders inside Wednesday Morning.

Lieutenant Mike Davis of the University City Police Department says they received a call for an accident with an ambulance off the roadway.

At 6:21 a.m., the Missouri Department of Transportation wrote a tweet saying an emergency vehicle crashed on I-170 headed south.

University City police and fire crews responded to the scene of the crash.

Lt. Davis tells our crew, there were three people inside the ‘Medic One’ ambulance at the time of the crash. One of the passengers was a patient. The other two passengers were paramedics. One emergency responder was driving the vehicle, the other was in the back of the ambulance with the patient.

University City Police Department says the ambulance veered off the road somehow while traveling south on I-170. The ambulance crashed into several trees before stopping in a parking lot to the side of the interstate for a building called "Renew Centennial."

The ambulance did not flip over in the crash.

There are no serious injuries being reported at this time.

All three passengers have been transported to area hospitals for care and evaluation.