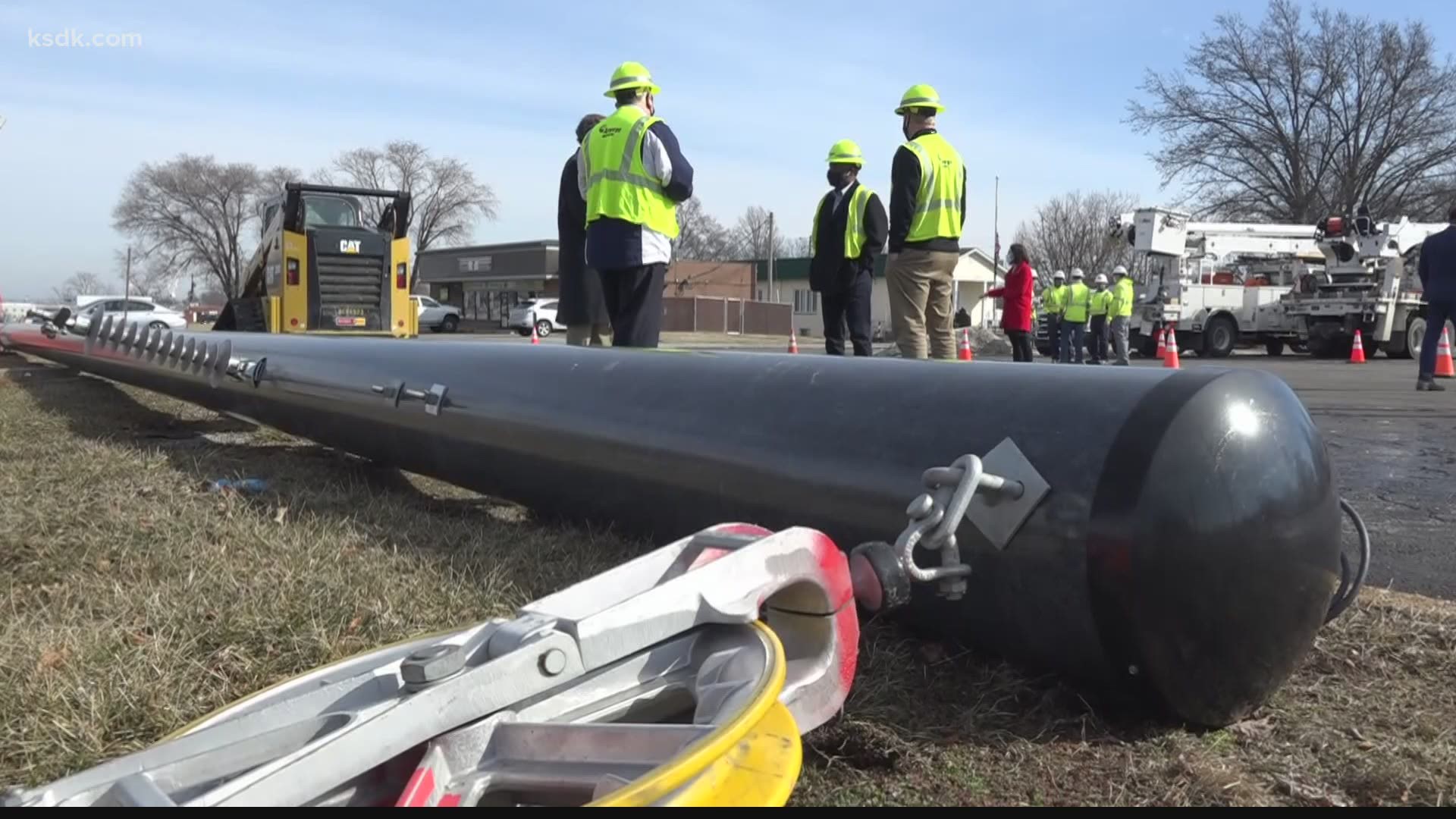 WOODSON TERRACE, Mo. — Ameren Missouri contractors are busy working on new infrastructure to make sure the lights stay on when bad weather rolls through.

St. Louis County Executive Sam Page met with crews Thursday morning. He walked the job site at the corner of Guthrie and Woodson. It's an area Page knows well.

"This is really literally across the street from the house my wife grew up in," Page said.

With lines above ground, it's easy for a powerful St. Louis storm to knock the power out. Traditional hung lines are also more work for crews to bring it back online after an outage.

"This is a really important investment by Ameren to help us keep the lights on in north county, when we have some of the severe weather that the Midwest is famous for," he said.

The north county project is part of Ameren Missouri's Smart Energy Plan. Since work started in 2019, the energy provider has spent nearly $25 million reinforcing and replacing equipment in the area.

Thursday's project is part of a storm-hardening effort along a three-and-a-half-mile stretch near the St. Louis Lambert International Airport. The power lines in the couple-mile tract service the airport and roughly 3600 industrial and residential Ameren Missouri customers.

The main thing passersby will notice is new poles. They are composite, gray in color and noticeably not wood.

"The technology behind the composite is it's rated to sustain 100 plus mile per hour winds throughout the territory," Ameren Missouri's Director of Distribution Operation Ryan Arnold said. "Also, what it does is help support adjacent poles on either side, so you don't have that domino cascading effect."

The stronger poles will certainly limit interruptions during thunderstorms and strong wind days, but the upgraded lines Ameren Missouri is stringing to those poles will help keep the power flowing during winter outbreaks too.

Arnold said winter loading is when there is the "greatest strain on our system as far as power, when it's needed the most."

He said the new lines are larger in diameter and will allow the company the flexibility to relay power back and forth at a quicker pace.

By being able to relay and reroute power through other lines, Ameren Missouri expects minimal outages during storms and winter cold snaps.