"I feel compelled to at least speak out and say 'enough's enough.' When does it end? When do we protect our children? Massacring our students, our children, that's not okay and that's why I'm willing to speak out right now." 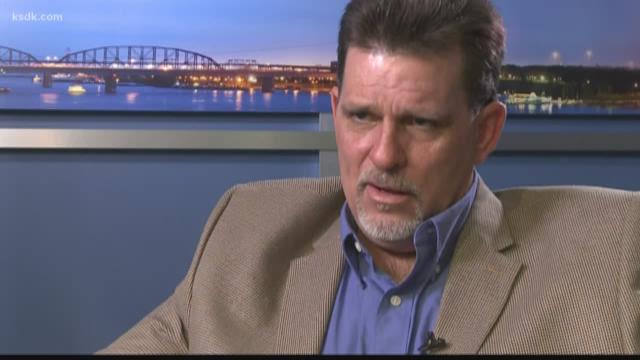 “Randy lost his life because he was trying to save me, man,” said Palmer. “I was on life support for 5 days and I literally spent a month in the hospital over this. I almost died.”

A suicide note indicated Lawler wanted revenge against Palmer who was feuding with Lawler’s brother.

“He pulled two .22 automatic revolvers out of a duffel bag,” said Palmer. “Randy was facing David when I got shot and he lunged towards him and was shot in the heart and died right there on the spot. There’s some survivor guilt there for me.”

He recalled being mistaken for the shooter.

“When I was standing and trying to get out of the door, they thought I was the one who did it. They threw me against the wall and I’m like ‘I’m shot man,’” he said.

The 1983 school shooting has had health and emotional consequences for Palmer. Immediately after the shooting, multiple blood transfusions to save his life caused him to contract Hepatitis C from tainted blood.

“Flashbacks, nightmares, extreme anxiety and depression,” said Palmer. “It has played havoc with my life.”

In the last 20 years, there have been more than 30 school shootings in the United States.

Because Palmer survived a school shooting, media outlets often reach out to him after the latest school violence. He said it’s been more than 30 years since he granted an interview.

But he said there was something about the Parkland, Florida school shooting where 17 people died that made him want to add his voice to the growing chorus to improve school safety and security.

“My reaction is I’m stunned that nothing’s been done,” said Palmer. “I feel compelled to at least speak out and say ‘enough’s enough.’ When does it end? When do we protect our children? Massacring our students, our children, that’s not okay and that’s why I’m willing to speak out right now.”