Fundraisers continue for the family of fallen Trooper Nick Hopkins

When Ashley Hewitt created t-shirts to raise funds for the Hopkins family, she had a goal: 400 shirts at $20 each. But she's closer to 4,000 orders. 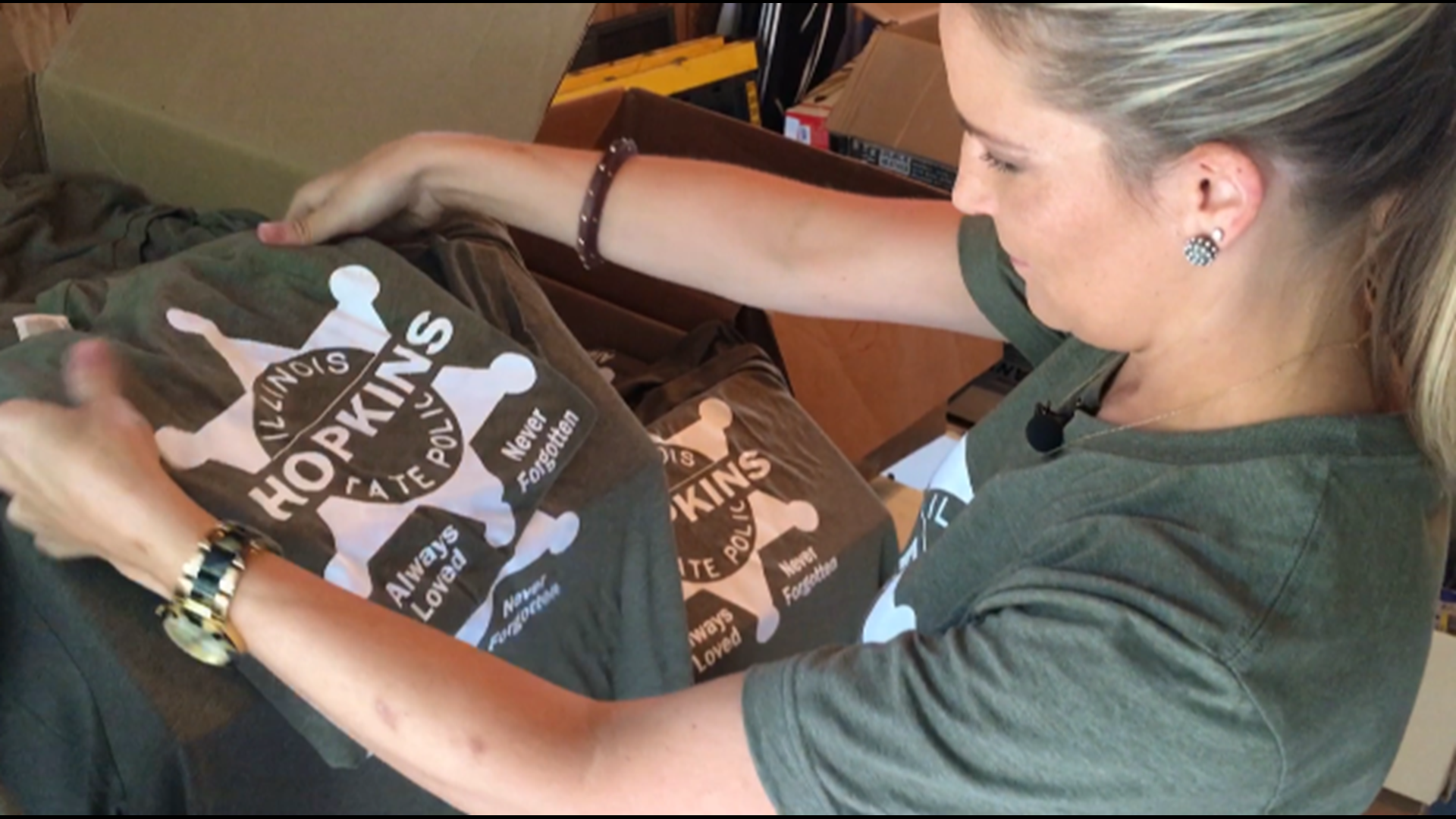 WATERLOO, Illinois — When Ashley Hewitt decided screenprint T-shirts to raise funds for the Hopkins family, she had a goal: 400 shirts at $20 each.

But the fundraiser went so well, Hewitt is at 4,000 orders.

"It just makes you see how great the community is, and (how Waterloo) comes together to show their support," Hewitt said.

One place you'll see these shirts is the Waterloo Denny's, where about 30 employees will be wearing them for their own fundraiser on Wednesday from 6 a.m. to 9 p.m.

General Manager Rebecca Counsell knew Trooper Hopkins, who would come into the Collinsville location right next to the Illinois State Police substation.

She said the whole city stopped when Hopkins' body was returned home, and her Denny's family wanted to support his wife and kids.

"It definitely one of the most heartwarming things I've ever seen," Counsell said of the procession. "I cried a little bit. I looked at my husband, and he looked at me. And he said 'we gotta do something.' And I knew that he was right." 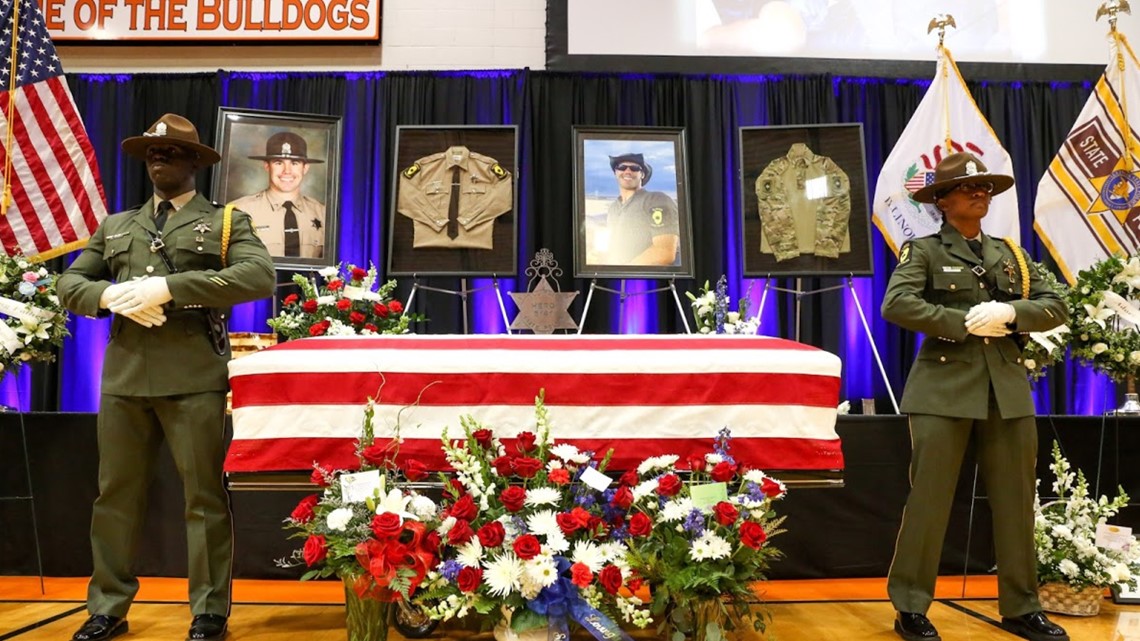 'He gave his life for his community' | Thousands pay their respects at Trooper Hopkins' visitation
WATERLOO, Ill. - The numbers speak for themselves. Thousands flood Waterloo High School for Trooper Nick Hopkins' visitation, a line out the door. Waterloo's Mayor Tom Smith tells us those numbers say a lot: "It says what Waterloo thinks about the community and Nick." Over a thousand flags planted along his procession route.

"I feel like we all are close," Russell said. "It makes you feel like you're a part of something bigger. And it makes you not want to leave. It feels like home."

Hewitt says she's seeing strangers in her shirts all over town, a sign that like the shirt says, Hopkins is "always loved, never forgotten."

Hewitt is selling blue lights to "Light It Up Blue" in memory of Hopkins at Waterloo Fire Station from 5-7 p.m. Monday.