"One little boy found a gun and shot his brother, says, 'I thought he’d get back up like they do on TV' ... Sometimes they think a real gun is a toy." 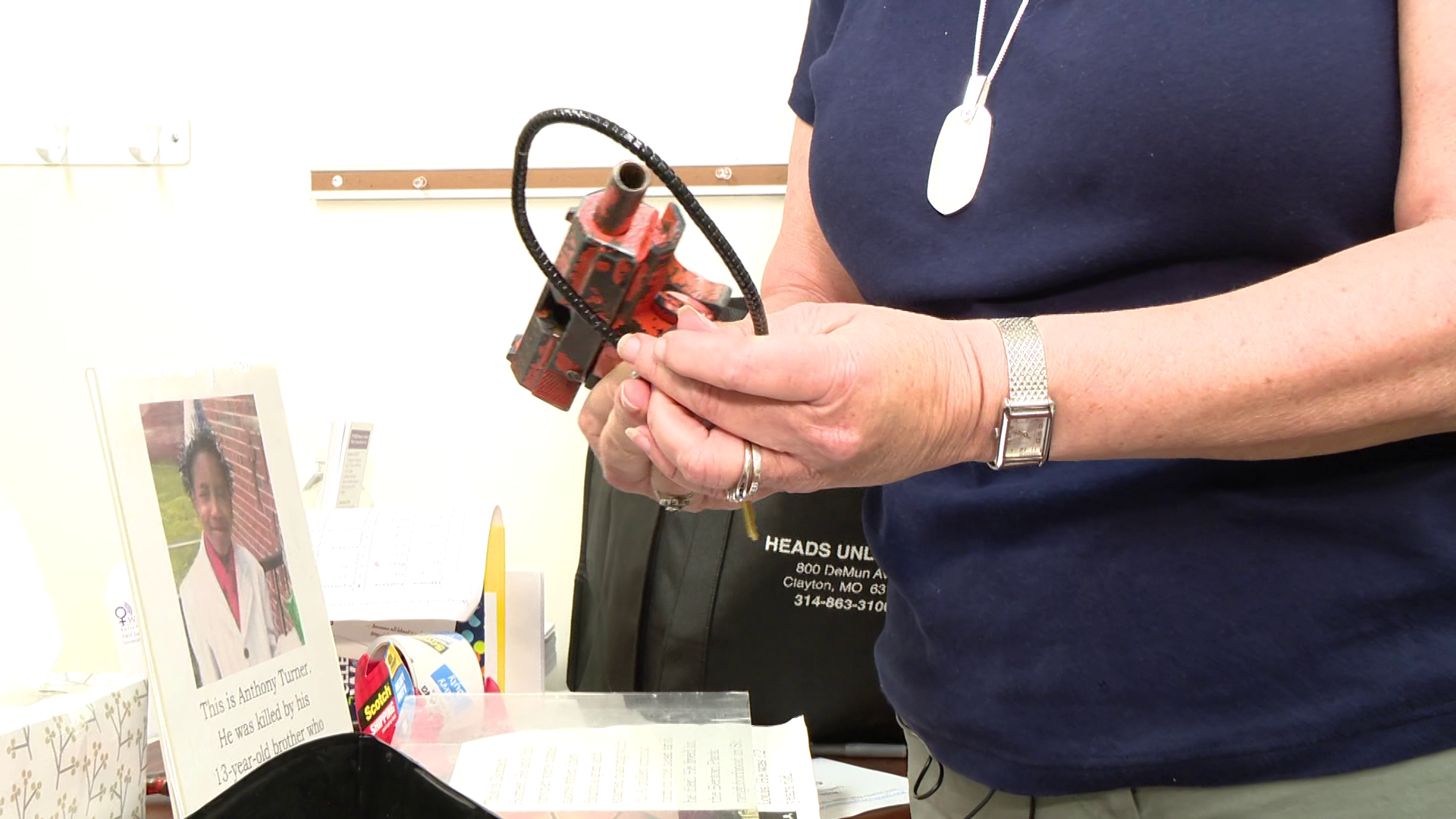 A board member for 10 years, Lise Bernstein, said this all started after the Sandy Hook shooting.

And now, after hearing that another local child, this time a 3-year-old, has accidentally shot and killed himself, their voices are getting even louder to spread the message of gun locks to more families.

They go out into the community, give education on gun safety, encourage the use of gun locks and even hand out free ones.

"Those shootings where children are hurt or killed is 100% preventable when guns are stored safely," Bernstein said. "People have told us that they do have unsecured guns in their home."

RELATED: 'It shouldn't have happened' | Neighbors react after 4-year-old Cahokia girl shoots herself in chest

She said the data shown for children who live in a home with guns says:

Bernstein said that a child may not know the power of what a gun can do.

"One little boy found a gun and shot his brother, says, 'I thought he’d get back up like they do on TV.' Children are not developmentally capable of knowing and sometimes they think a real gun is a toy," Bernstein said.

She said their curiosity may take over, and even if you tell them multiple times, their curiosity wins. "The responsibility is on the adult to make the gun inaccessible," she said.

The group's biggest message: put these gun locks on. It could save a child's life.

Most police departments give away free gun locks. Project ChildSafe also has a list of all of the places in Missouri and in Illinois where you can get a gun lock.

'Lock It For Love' hands out free gun locks and education tips at community health events.

RELATED: 'In all of 2018 we had 2, now we have 6' | Hospital rolls out gun lock program amidst gun violence epidemic