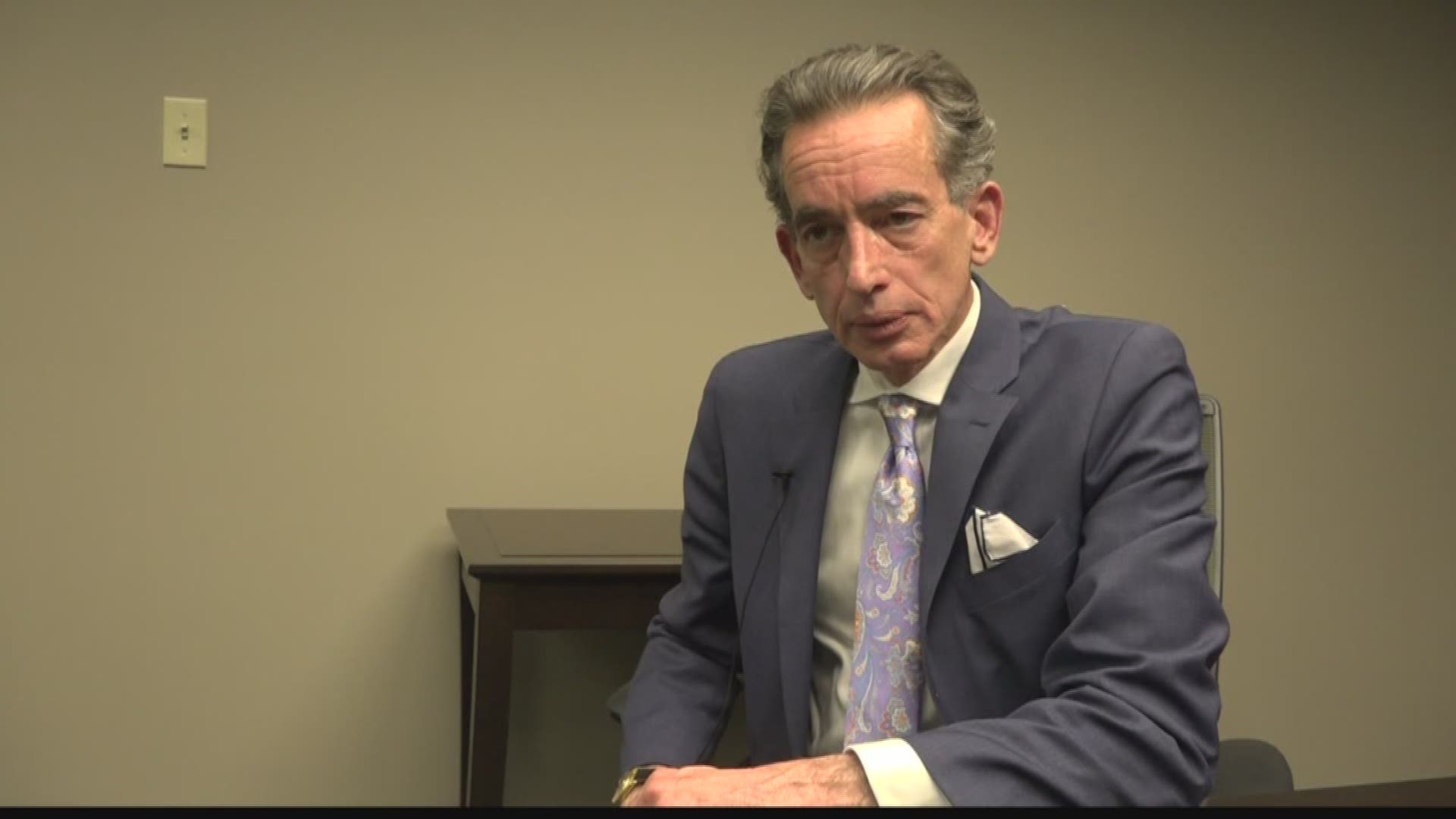 ST. LOUIS – It was a busy day for Al Watkins, one of the lawyers at the center of the invasion of privacy case against Governor Eric Greitens.

Defense attorneys for the Governor dropped the bombshell that sources tell them Watkins, who represents the ex-husband of the Governor's mistress, accepted a payment of $100,000 from an unnamed political group for representing the man.

James Martin, one of Greitens' attorneys, never gave any evidence that the group was political in nature.

The defense has filed a subpoena of Watkin's bank records to prove it.

Watkins told Judge Rex Burlison he will file a motion to quash the subpoena Tuesday. Shortly after the court appearance, Watkins confirmed to reporters that he did receive the payment, but said he didn't even know the source of the money. He told the Associated Press a courier delivered two payment of $50,000 to his suburban St. Louis office in early January.

That was just one of the developments surrounding Watkins in court Monday.

Tisaby was hired by Circuit Attorney Kim Gardner to investigate the invasion of privacy case against Governor Greitens but is now facing allegations of perjury and improper conduct by the Governor's defense team.

Watkins only remained Tisaby's counsel for a few hours.

Judge Burilson said there would be a major conflict of interest because Watkins is already the attorney for the ex-husband of Eric Greitens' mistress.

Because of the ruling, Watkins will no longer represent Tisaby but will continue to represent the ex-husband.

As for the client Watkins was trying to represent, William Tisaby, he was expected to be in court this morning but never showed up.

Watkins claims this is because Tisaby is working on a project that involves "protecting our national security," and could not make it in town to testify.

The judge officially ruled Monday, Tisaby must appear in court on Thursday, if possible.

All of this comes as Greitens' defense team prepares to file a motion to disqualify the prosecutor. The hearing for that motion will be Tuesday at 2 p.m. in Judge Burilson's courtroom.

Gardner also revealed in court that jury selection will take place May 10.