The bodies of two missing teenagers who disappeared in the Meramec River in Castlewood State Park have been recovered. 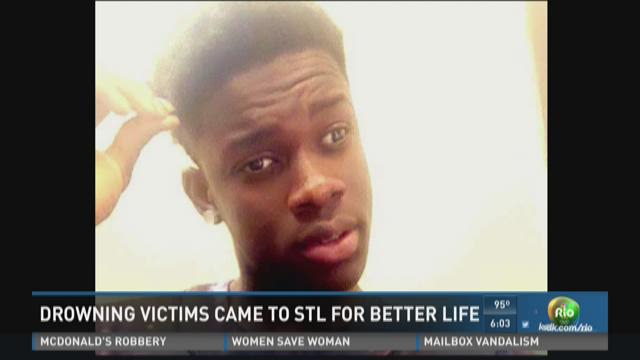 Police have identified the two teenagers who drowned while swimming in the Meramec River in Castlewood State Park this weekend.

Firefighters say the pair were swimming Saturday night, when they started to struggle in the water. A friend noticed both teens go underwater and never resurface, and called for help around 7:45pm. Officials recovered the bodies a few hours later.

Manu was a student at Lutheran High School South where he was involved in multiple sports. In an emailed statement Sunday, Principal Brian Ryherd said the school is mourning the loss of a young man with great faith who first came to the United States as a refugee from Africa.

"It is with sincere sadness that the Lutheran South community gathered today to join together to grieve the loss of Henry Manu. During his three years at Lutheran South, Henry played football and was part of the wrestling club. Henry passed away yesterday. Although we mourn the loss of our friend and Christian brother, we are comforted that he is with his heavenly father.

Henry came to St. Louis ten years ago as a refugee from Liberia. While living with his grandmother and aunt, he was received by Christian Friends of New Americans and Timothy Lutheran Church. Through the Lutheran High School Association International Student Program, Henry became a student at Lutheran South. This past fall, he helped Timothy Lutheran Church launch a weekly Bible Study among the international students at Lutheran South and Lutheran North."

Both teens attended Timothy Lutheran Church, according to church officials. Both were also involved in the organization Christian Friends of New Americans, where a recent article featured Manu.

Following the drownings, firefighters issuing a new warning about the popular swimming spot.

“We find ourselves back in the same position, year after year – time after time, dealing with the same sad situations,” said Chief Mike Krause, of the Metro West Fire Protection District.

Metro West reports 12 drowning fatalities in the past 12 years at the same bend in the river where Manu and Neal died. Chief Krause said the waters can be very deceiving.

“It kind of looks like a peaceful, slow moving body of water,” he said. “In reality, the topography on the bottom is very erratic. So you can go from just a couple of feet of water to 15-20 feet very quickly.”

Several signs are posted near the beach in Castlewood Park, and firefighters hope people will consider the dangers before entering the water.