BackStoppers gets big donation, vows to use money for family of fallen firefighter

Captain Jake Ringering will be laid to rest Tuesday. BackStoppers has vowed to support his family for the long haul. 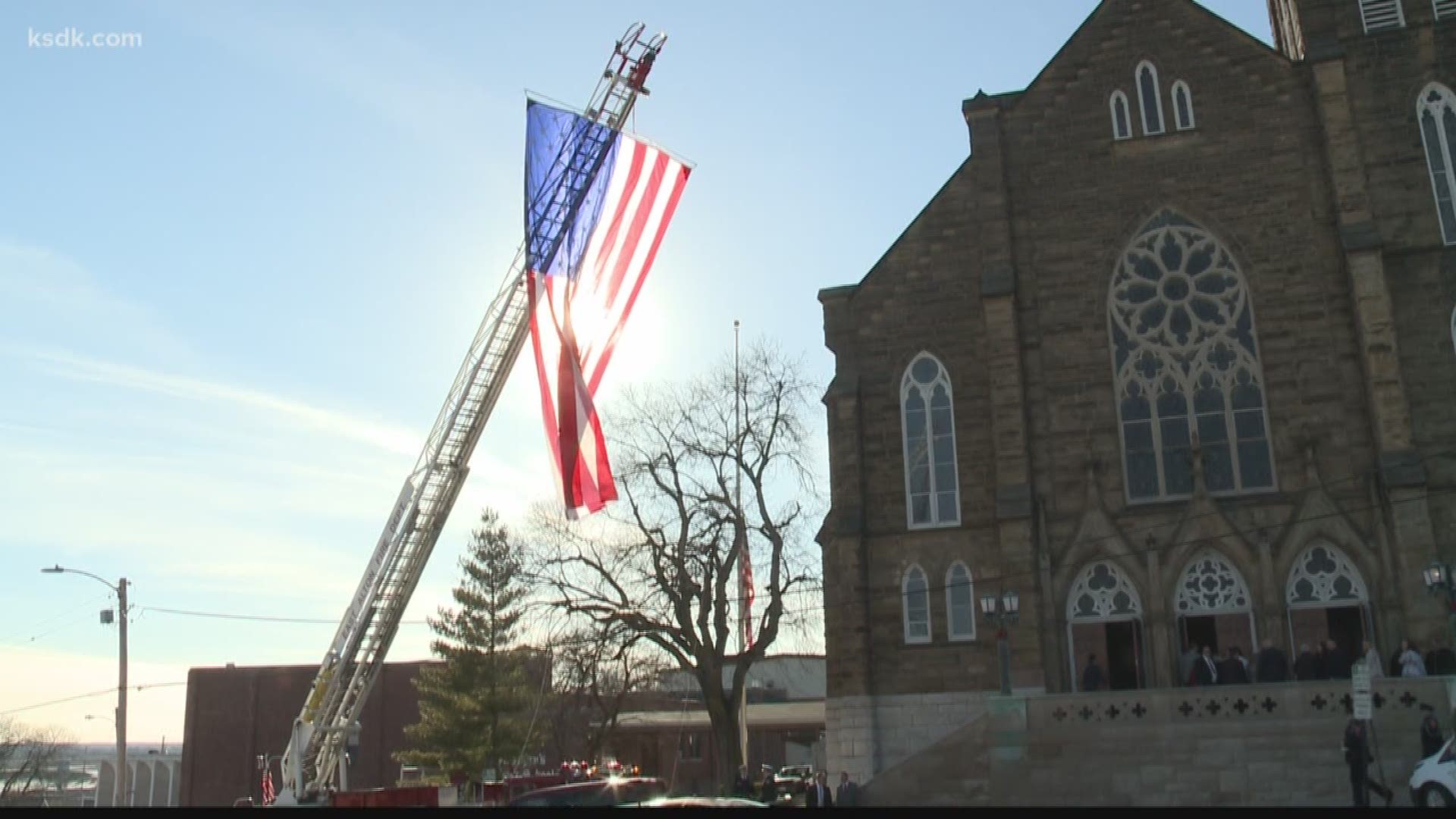 ST. LOUIS — BackStoppers is vowing to be there for Captain Jake Ringering's family every step of the way.

Captain Ringering was killed while battling a house fire in Bethalto Tuesday afternoon.

"This donation tonight is going to take care of Captain Ringering's family. He left behind a wife and three small young children and were going to take good care of them, I always say forever but it will be forever," said Col. Ron Battelle, the Executive Director for BackStoppers.

The management company raised the money by selling checks to customers. When a customer would buy one, they would get a place on the wall of their restaurant.

"It acknowledges their gift, their charity, and their support most importantly for BackStoppers."

Over at The Shack in St. Louis, the checks are about more than just money.

"This charity takes care of the families of first responders and to a lot of people that is super duper important," said Jon Fogarty, one of the groups managing partners.

For Joe Strehl, a St. Louis County Police Officer's son, that BackStoppers support was everything.

"He died in a helicopter crash while doing a surveillance mission with the DEA," said Strehl.

Strehl lost his father when he was only 3.

He said since then, it was BackStoppers that picked up where his dad left off, but he didn't realize it until much later.

"I was trying to figure out who was going to pay for college, if I had to take out loans, and my mom kind of pulled me aside and was like 'You're covered. Whatever you wanna do, the Backstoppers will help. They've been helping you, you just don't realize it,'" said Strehl.

Joe said from personal experience, he knows BackStoppers will do the same for the Ringering family.

"If I could say anything to the family of the Godfrey fire captain that was just killed… BackStoppers will be there and they will always be there," said Strehl

This donation means they've given more than $1 million to BackStoppers in 11 years.