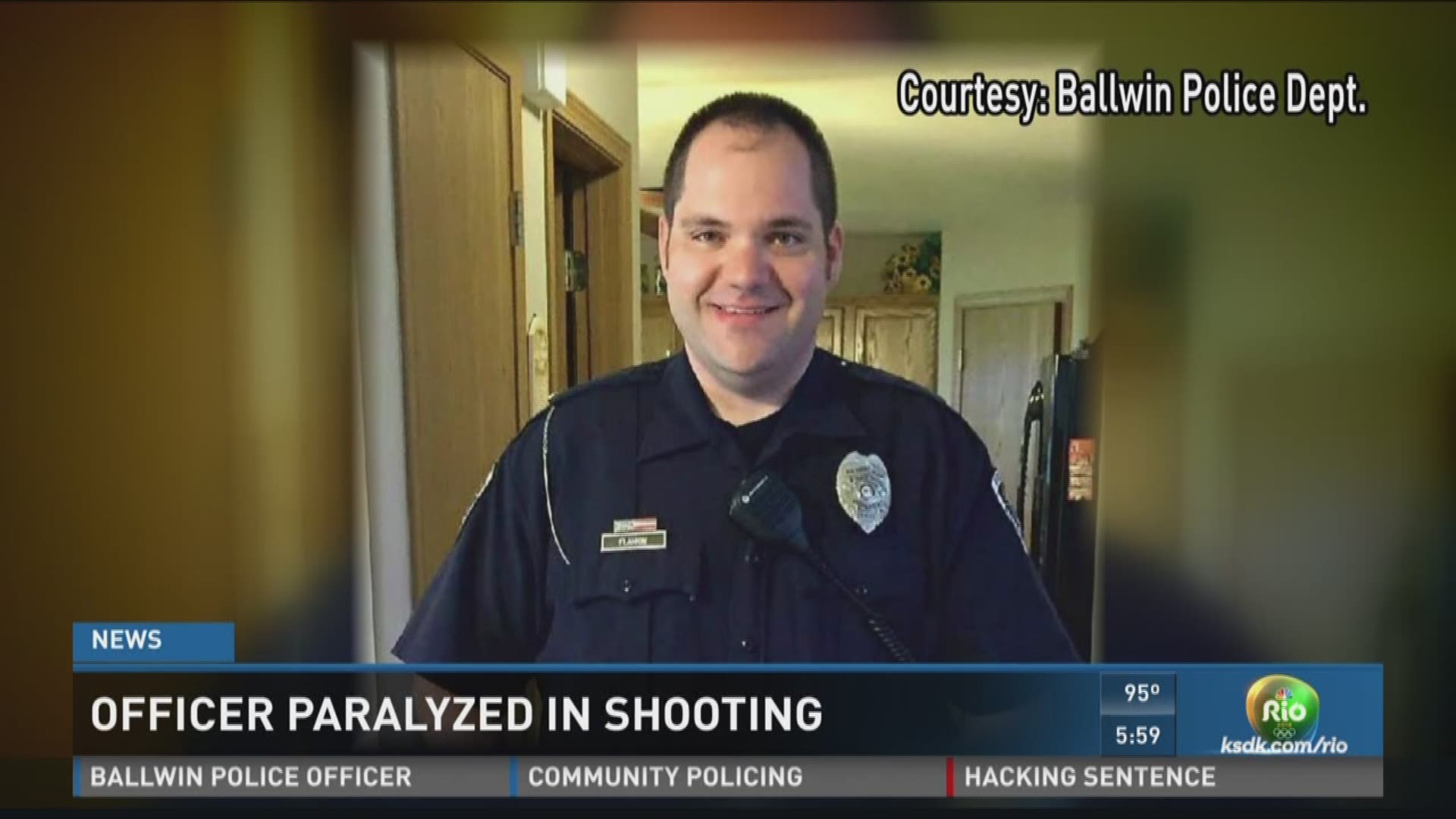 A Ballwin Police officer who was shot in the line of duty suffered catastrophic damage to his spinal cord. Ballwin Police Chief Kevin Scott said Officer Mike Flamion is now paralyzed from the neck down.

Flamion's wife of two years, Sarah, also spoke out for the first time.

"The support is overwhelming. Every day I'm at the hospital, there is so many people wanting to help. It's an overwhelming feeling, but a great feeling," said Sarah Flamion.

Officer Mike Flamion was shot in the neck on July 8 during a traffic stop. Flamion will need long-term care. Chief Scott said Flamion, despite his injuries, he actually asked when he could return to work.

"I told him I loved him and to never forget that and he mouthed thank you. We’ve had long conversations about the incident. I reassured him that everything he did was heroic and he didn’t do anything wrong, and the men and women of this organization were hugely supportive of him," Chief Scott said.

The Ballwin community has shown tremendous support for the Flamion family. People have sent dozens of cards and letters, which are on display at the department.

There are dozens of fundraising events for Flamion. There is a Facebook page with a list here.