The crackdown on cocktails comes as coronavirus numbers in New Orleans steadily increase. The City Health Department is concerned about rising hospitalizations, too. 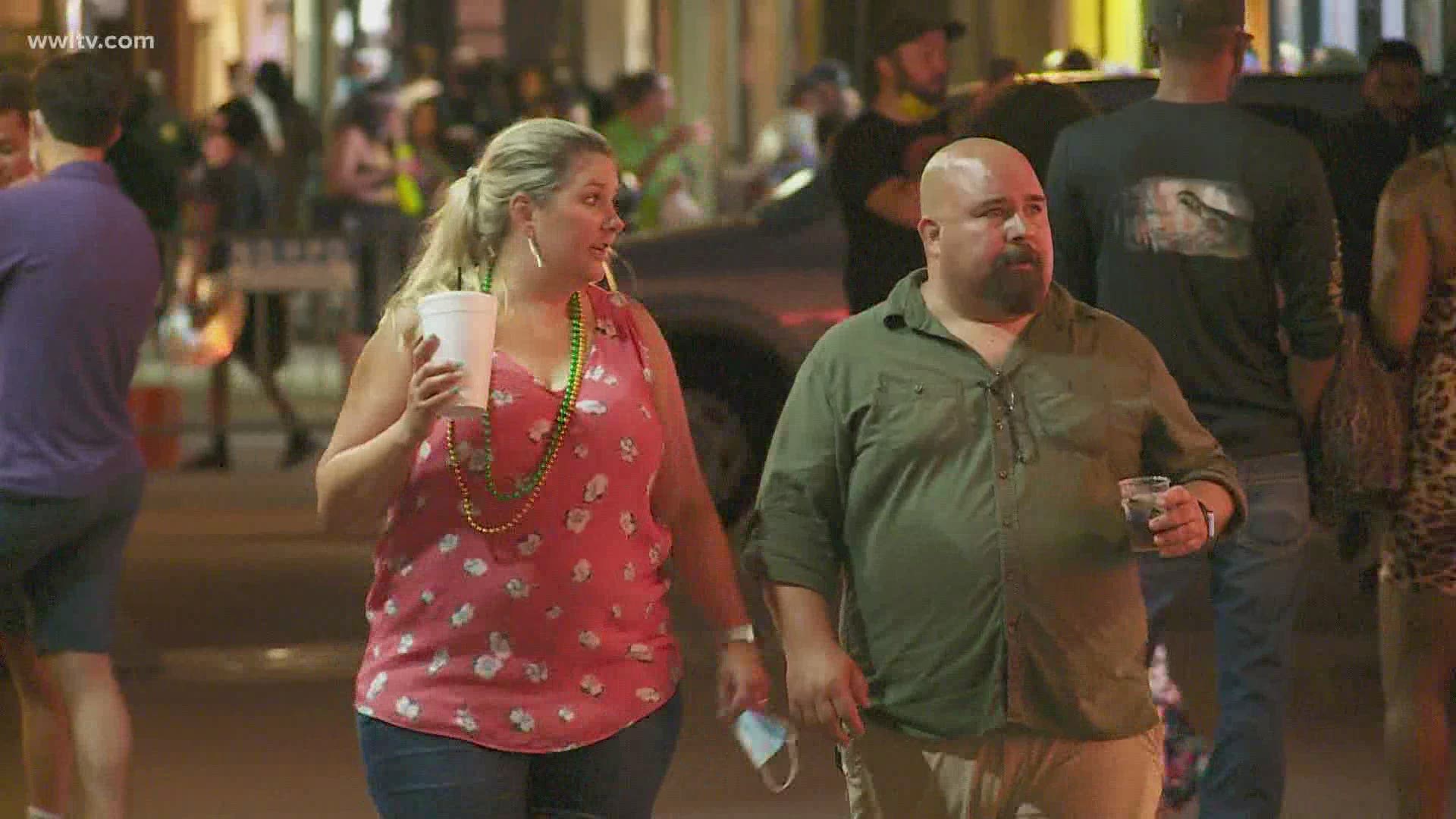 After months of little to no revenue, Avenue Pub on St. Charles Avenue was planning a bottle sale Saturday to make ends meet. Owner Polly Watts needs $7,000 to pay 100 percent of her employees’ health insurance through August and September.

“We have a really, really deep cellar of very, very special and rare beer, and we were going to sell some beers that we would not normally sell in order to pay our employee’s health insurance for the next couple of months,” said second-generation owner Polly Watts.

A single bottle of one of those rare beers was going to sell for two thousand dollars. The would-be buyers were driving in from Houston on Saturday, contributing a huge chunk of the money needed.

But Watts was sent into a frenzy Friday, when the mayor announced sales restrictions on all bars city-wide beginning Saturday morning. She began posting on social media and calling would-be buyers, asking them to pick up before the bar closed indefinitely Friday night.

And the uncertainty of it all, she said, is frustrating.

“I don’t know why the entire license group has to shut down to solve a problem on Bourbon Street,” said Watts. “But I’m not a lawyer, so maybe that’s what has to happen. I don’t understand that. It is frustrating to spend all the money we’ve spent on plexiglass partitions and just safety equipment in general, then be told 'OK. Well. It’s not enough.'”

The crackdown on cocktails comes as coronavirus numbers in New Orleans steadily increase. The City Health Department is concerned about rising hospitalizations, too.

The city said contact tracing links clusters to bars and large gatherings, and the mayor said her focus was on decreasing the spread enough that New Orleans schools can resume in-person learning.

“Our bar community will suffer from this decision, unfortunately, but it’s one that just has to be made to get our kids back into that classroom,” she said. “What I’ve been seeing is not just around the French Quarter or Bourbon Street, which, it still matters there. That visual hurts us around the city because it incentivizes other people around the city to just go do the same thing, around the city — and they do. And they have, and we had to respond to that.”

For bars, it’s been an especially unpredictable year.

As the pandemic grew roots in Louisiana on March 15, New Orleans bars were limited in capacity and shut down by midnight. The very next day, Gov. Edwards closed them entirely.

By June 13, as New Orleans entered Phase 2 of reopening, bars opened at 25 percent capacity. Then, July 8, the mayor limited bars to table service only.

A few days later, on July 11, the governor eliminated seating, both indoor and outdoor, at all bars statewide, and just as bars in New Orleans were barely getting by with to-go windows, the mayor prohibited those, too, to prevent congregating and gatherings.

Bourbon Street, which has remained busy through Phase 2 with to-go drinks available, was busy Friday night.

But bartenders there know things will look much different under the new restrictions. Fishbowls to-go at Fais Deaux Deaux were keeping George Perkins’ head above water. He said he wonders how he’ll pay rent when visitors stop coming to Bourbon Street.

“All that you’ve got left is the scenery, and I mean — it’s a beautiful city. Don’t get me wrong, but people come out here and they drink and have fun,” said Perkins. “You just took away the big moneymaker of the city, just the drink and have fun part.”

RELATED: 'We can't be patient anymore' | Family members of Hard Rock collapse victims say it's been too long

► Get breaking news from your neighborhood delivered directly to you by downloading the FREE WWL-TV News app now in the IOS App Store or Google Play.