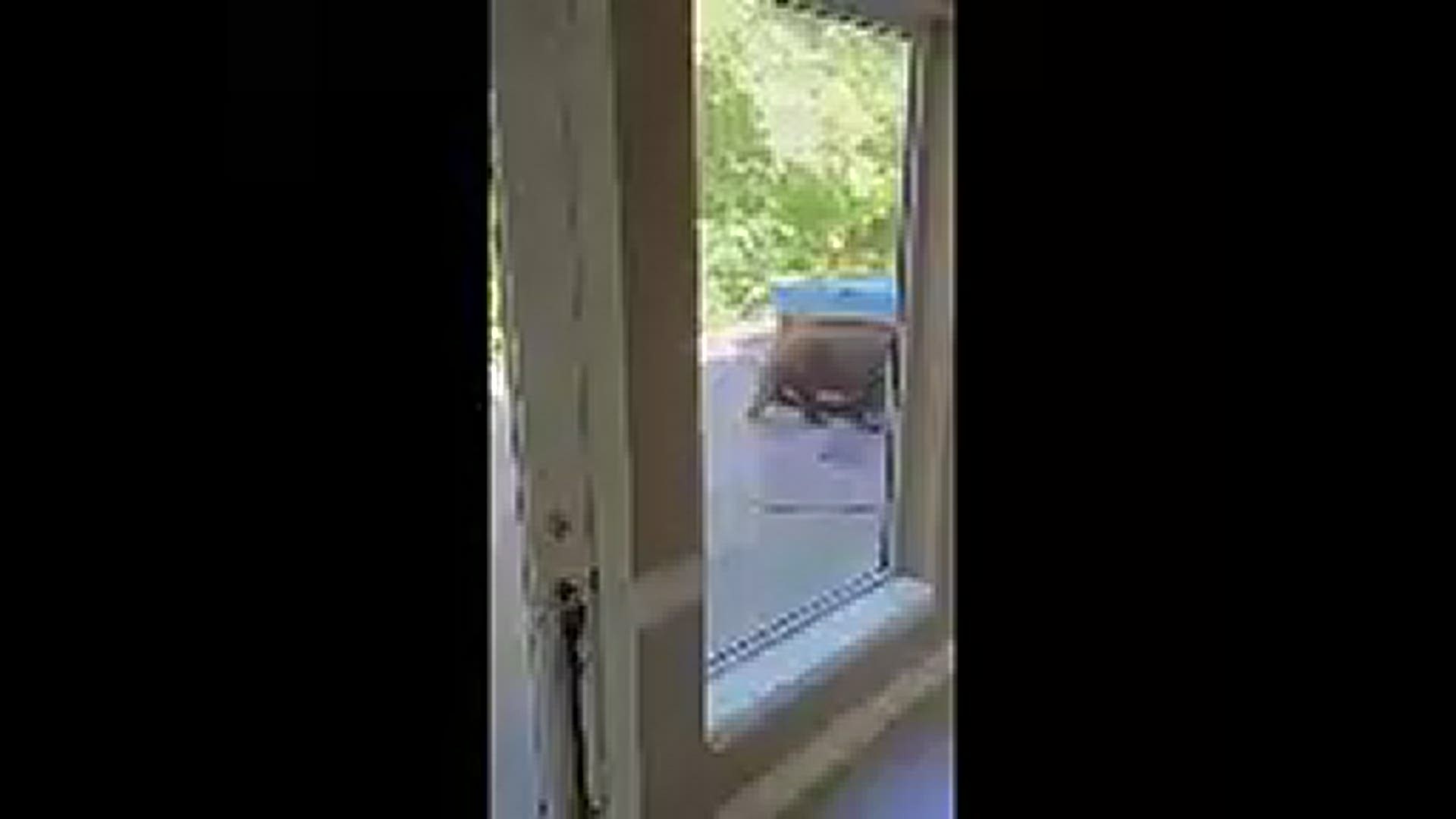 The department said it is working with Illinois conservation officers after a large bear was seen in the subdivision of Chantilly Village near Old Baum Church Road.

The department posted a notice on its Facebook page at around 10 a.m.

The department is encouraging all residents in the area to stay inside along with any pets. The bear was last seen moving east through a yard on Old Orchard Lane.

A video shared with 5 On Your Side shows the bear on the porch of a home in the Waterloo area. The bear can be seen walking around the outside of the home and briefing peeking inside the patio door.

Alan Eggemeyer shot that video. He's working from home and thought he saw his dog walk by, then he realized it was bear. "I have a lever door, the door handle is a lever," Eggemeyer tells 5 On Your Side, "he was right there poking it and I was like, I hope he doesn't get his nose up underneath it and open the door on me."

The bear didn't and after waddling around Eggemeyer's yard moved on, leaving quite the impression on the whole neighborhood.

"The bear was sitting right there in the yard," neighbor Doug Epplin told 5 On Your Side, "We couldn't believe it."

After calling 9-1-1, Epplin was surprised the answer of "what to do about a bear?" was nothing.

"The officer said they probably aren't going to do much," he said. "Not tranquilize it, that there is enough area for it to roam. I don't know how we feel about that as the neighborhood. We'll definitely keep an eye on our small pets and keep our garbage all shored up."

Advice Illinois Conservation Police Officer, Don Schachner, said is a good idea. In his 22 years as a game warden the Waterloo bear is a first.

"I'm pleased to say this is the first one I've been able to confirm," he said. "This one's legit."

Anyone who spots the bear is encouraged to call the Monroe County Sheriff's Department's non-emergency line at 618-939-8651. Reports can also be made by contacting Illinois conservation officials.

If you encounter the bear, do not feed it, approach it or shoot it. You also should not leave dog or cat food outside and do not put trash cans out until the day of pickup.

Officials from the Illinois Department of Natural Resources said bear sightings in the state aren't common, but they aren't totally unheard of either, mostly due to Illinois' neighboring states.

"While Illinois does not currently have an active breeding bear population, our neighboring states of Missouri and Wisconsin do," said Illinois DNR Deputy Director Rachel Torbert. "It is not uncommon to see bears from these neighboring states cross briefly into Illinois before returning to their permanent habitat, especially as they look for food and potential mates."

Conservation police officers and the District Wildlife Biologist will continue working with local law enforcement to monitor the bear's movement and protect the animal and the public.

This is the most recent bear sighting in the greater St. Louis area. Earlier this week, a viewer shared video of a black bear walking on the front porch of his Ste. Genevieve home.