About six dozen cubs are born every year, and they’re migrating toward the St. Louis area from southern parts of the state 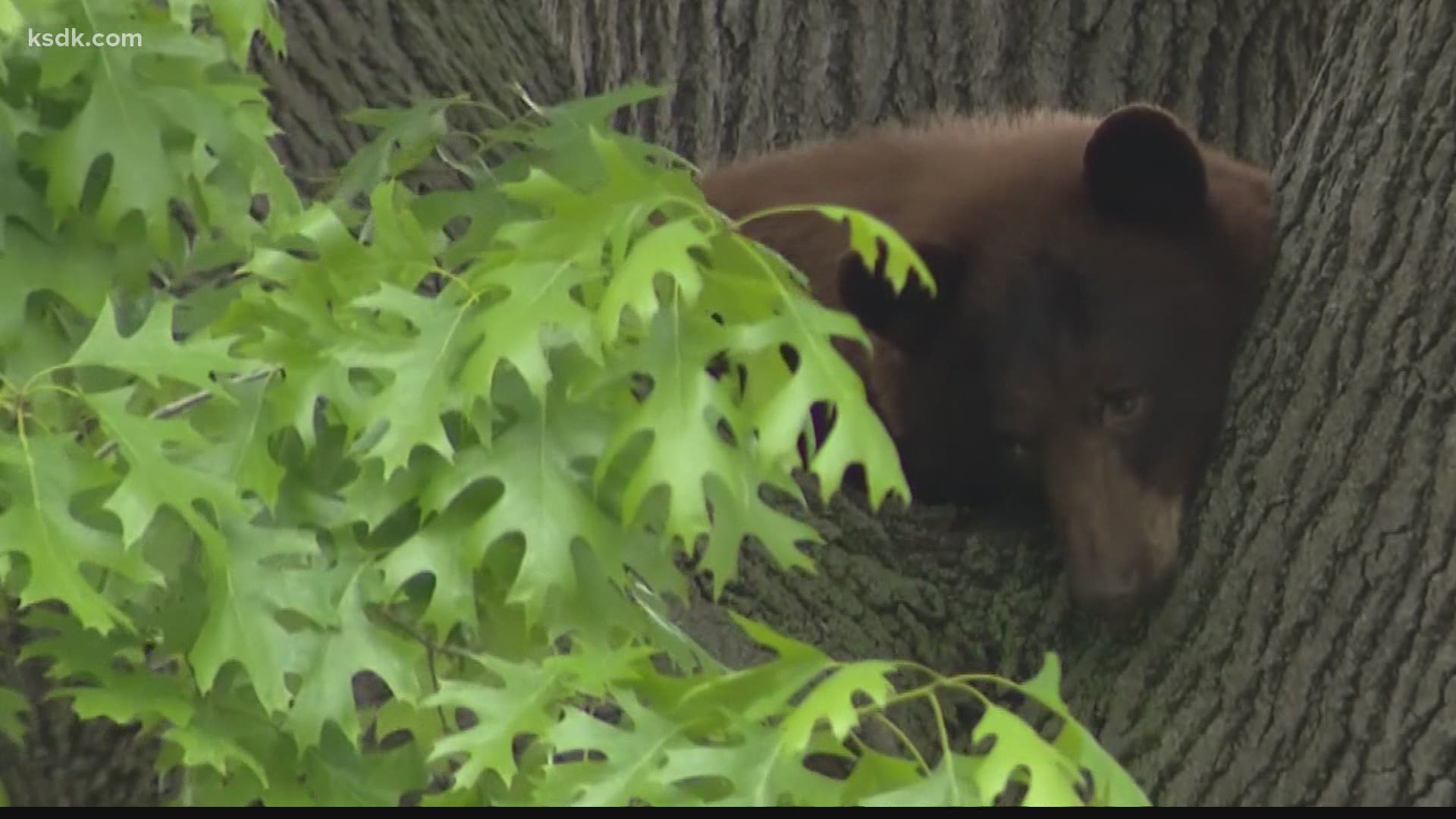 ST. LOUIS — What used to be considered a once-in-a-lifetime sight is becoming more common: black bears roaming around hiking trails, parks, even neighborhoods.

“This year has been huge for bear sightings, more so than we've had in the past,” said Dan Zarlenga with the Missouri Department of Conservation. “We can expect this to be kind of the norm going forward.”

He said that’s because the bear population is on the rise — they used to be nearly eradicated due to hunting and development, but now an estimated 800 live in Missouri. About six dozen cubs are born every year, and they’re migrating toward the St. Louis area from southern parts of the state.

All of this, Zarlenga said, is a good thing.

“The idea of reintroducing species that are a natural part of the ecosystem is part of what conservation agencies do,” he said. “The black bear is actually a remarkable, remarkable comeback story.”

However, he said that means learning to live with the animals--which are neither cute and cuddly nor ferocious and frightening.
“Reality is somewhere in between those extremes,” he said.

So what to do if you encounter a bear?

“The first thing you want to do is don't approach it. You know, just common sense stuff. Don't try to take a selfie. Don't try to pet it, you know, give it its space,” he said.

Don’t turn and run, which could lead to a chase.

“You want to stand your ground, maybe raise your arms up, make yourself look bigger and a little more intimidating and actually speak to the bear in a calm voice, let it know you're there because they don't have great eyesight,” he said.

Hikers often attach bells or are encouraged to speak with each other to warn any bears of their approach and shoo them away. Bear spray can also be a helpful tool when used properly, though black bears aren’t typically aggressive toward humans.

If you're out camping or living in a wooded neighborhood, avoid leaving out meal scraps, trash, pet food -- even scented cosmetics or toiletries, which bears can sniff out to eat. It is also important to never purposefully feed or leave food out for a bear; that can train it to be less fearful of humans, more confident in scavenging in populated areas—and possibly make it more dangerous.

“It gives us an idea of where they are and how they're traveling,” said Zarlenga.

Though the department continues to monitor them and share safety tips, Zarlenga said overall, the bear population increase should not be something to be too worried about.

“I think people and bears can exist quite well. and it's exciting to have them back.”