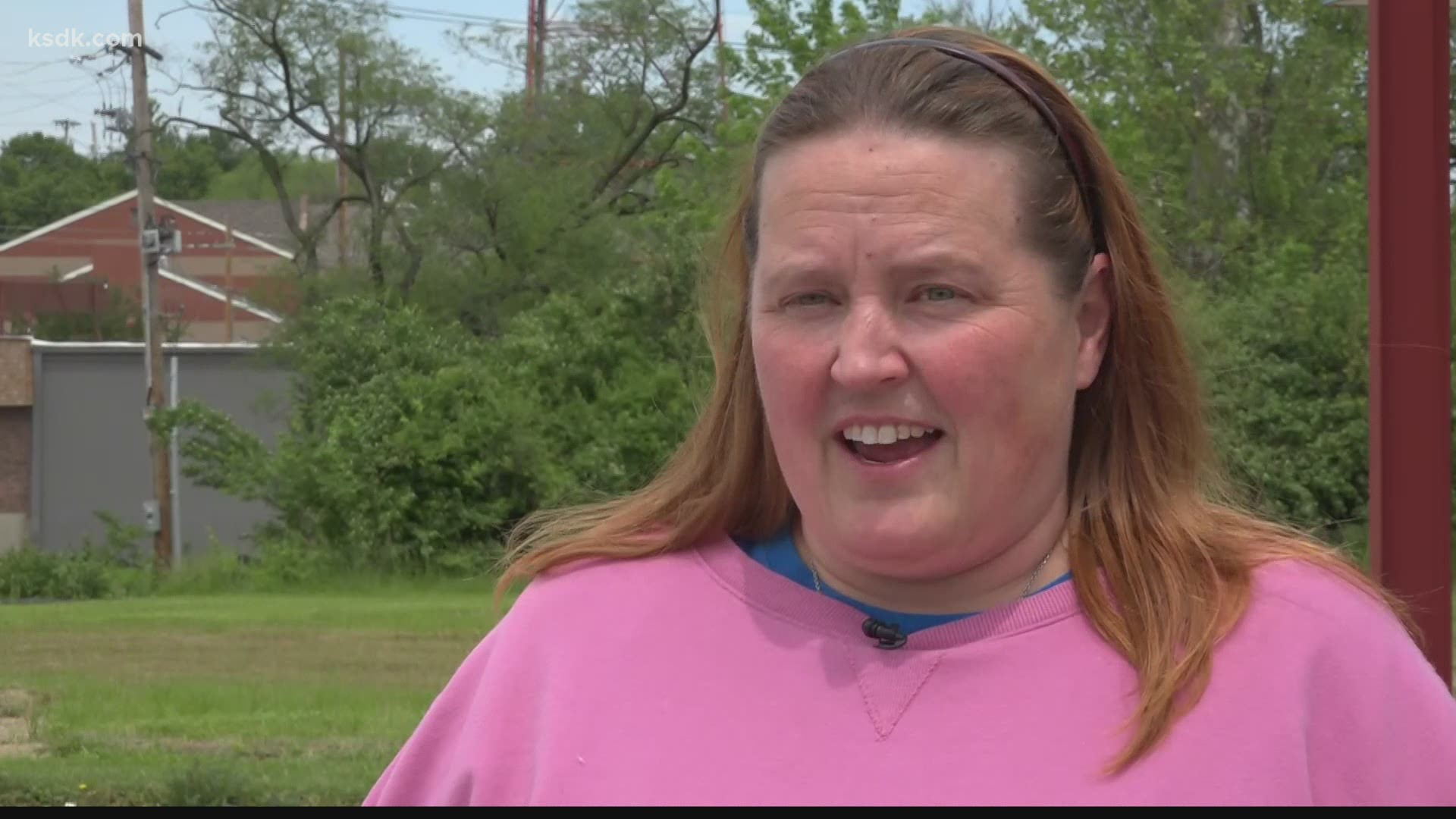 ST. LOUIS — People across the St. Louis area have been reporting and documenting black bears roaming through their neighborhoods.

The Missouri Department of Conservation said it has received several reports of recent bear sightings in the area. Sightings have been reported in Fenton as well as in Jefferson, Franklin and Crawford counties.

Over the weekend, conservation agents tracked down a bear in St. Louis County and tranquilized it. The bear was spotted in a tree near the intersection of Buck and East Linden Avenue in Richmond Heights. Conservation agents said the bear would be taken to a less populated area and released back into the wild.

A spokesperson for the Missouri Department of Conservation says, this 150 pound bear may have been the same one spotted in Fenton, Sunset Hills, Crawford and Franklin County.

On Saturday, the Kirkwood Police Department posted photos of a black bear on Facebook and on Sunday, two 5 On Your Side viewers reported seeing a black bear in Brentwood.

"I was quietly watching TV and the dog started barking. Never thought I'd see a wild bear in front of my house!" she said.

Staying inside, she snapped away.

"I did not go outside, did not approach it," she said.

A helpful tip she picked up, as a zookeeper, working with bears for 20 years.

The bear didn't stop there and made his way to Ursuline Academy.

This was exciting news for Laura Boeker's children, students at the school.

But soon enough, they'd get lucky themselves.

Boeker and her family were driving on Sappington Road near Ursuline Academy when the bear popped up.

"Sure enough, there's a black bear galloping along the fence," Boeker said.

As a photographer Boeker didn't have her camera.. but she knew this moment needed to be snatched.

Barely containing themselves, they too, took pictures.

The best part of the sighting this time was where the bear was found.

"Ursuline's mascot is the bear!" she said.

A few other St. Louis area residents captured pictures of bears over the weekend, which can be viewed in the gallery and video below.

MDC’s research indicates Missouri is home to about 800 black bears and that population is growing by 9% each year.

“Most of our bears are found in the southern part of the state. That’s where we have the largest tracts of forested habitat,” said Tom Meister, wildlife damage control biologist for MDC’s St. Louis region, in a news release last week.

The research shows the population is expanding in numbers and range, the conservation department reported. As the population grows and expands, bears are showing up in areas further north. Late spring/early summer is also the prime time for bears to be on the move.

MDC said the recent uptick in sightings locally is likely a combination of bear range expanding and the time of year when bears can move large distances.

Meister adds, "Juvenile males usually get kicked out of family group when mom has a second set of cubs, he’s looking to establish territory."

Other males have established their areas, so this pushes some bears even further away.

MDC's tips on how to avoid issues if a bear has been sighted in the area:

MDC tips to stay safe when outdoors in bear country:

For more information on black bears, visit the Missouri Department of Conservation website.

How to share photos and videos with 5 On Your Side:

If you see news happening in your neighborhood, you can easily share photos and videos with 5 On Your Side. Open our free KSDK news app and tap "Near Me" in the lower right hand corner. From there, you can upload photos and videos that'll come straight to us.