It involves street lights, surveillance cameras, and neighbors taking ownership of where they live. 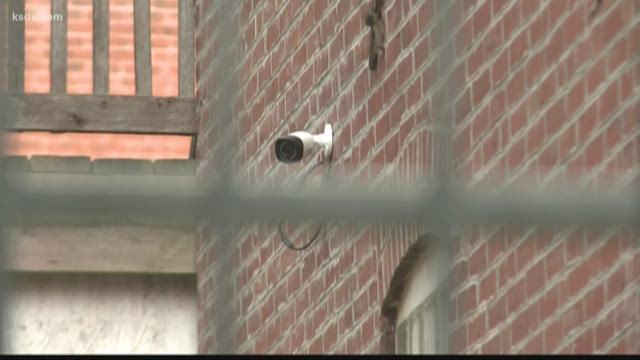 A phrase from the film industry has new meaning in one South St. Louis neighborhood. "Lights, Camera, Action," is a safety initiative in Benton Park West. It involves street lights, surveillance cameras, and neighbors taking ownership of where they live.

"We have cameras on all four sides of our building," Block Link Captain Chris Schmidt said.

Schmidt wants to know who else has them, too.

"I have taken on the responsibility of making a list of people who have cameras in the neighborhood," she said.

She passes the list around at Benton Park West Neighborhood Association meetings, which are every third Thursday of each month, excluding December. Schmidt says 25 to 30 people have added their names and addresses over the last few months.

As soon as the list is updated, it goes to police, making it easier to track down surveillance footage after a crime.

Derek Coleman is a manager at Suave Creations, a barber shop on Cherokee St. and Minnesota Ave. He supports the effort, considering someone broke in around six months ago.

"I think that would help solve some of these unsolved crimes," Coleman said.

The database is the "Camera" in "Lights, Camera, Action." Alison Hillman, Vice President of the Benton Park West Neighborhood Association, came up with the larger initiative and explains the "Lights" part of it.

"It needs to be a walkable neighborhood," Hillman said. "We're hopefully looking for an electrician group that wants to partner with us to install lights along the alleys of Cherokee St."

She says the Benton Park West Neighborhood Association also plans on partnering with Serving With The Badge to install LED lights on porches.

And 'Action?' That means get involved.

"Paying attention, being outside when kids are waiting for the bus," Hillman said. "We saw a lot of new faces this last month, at our meeting, and I'd love to meet every single one in our neighborhood."

The next meeting is scheduled for 7 p.m. on Thursday, November 16 at the Five Star Senior Center located at 2832 Arsenal St. in St. Louis.