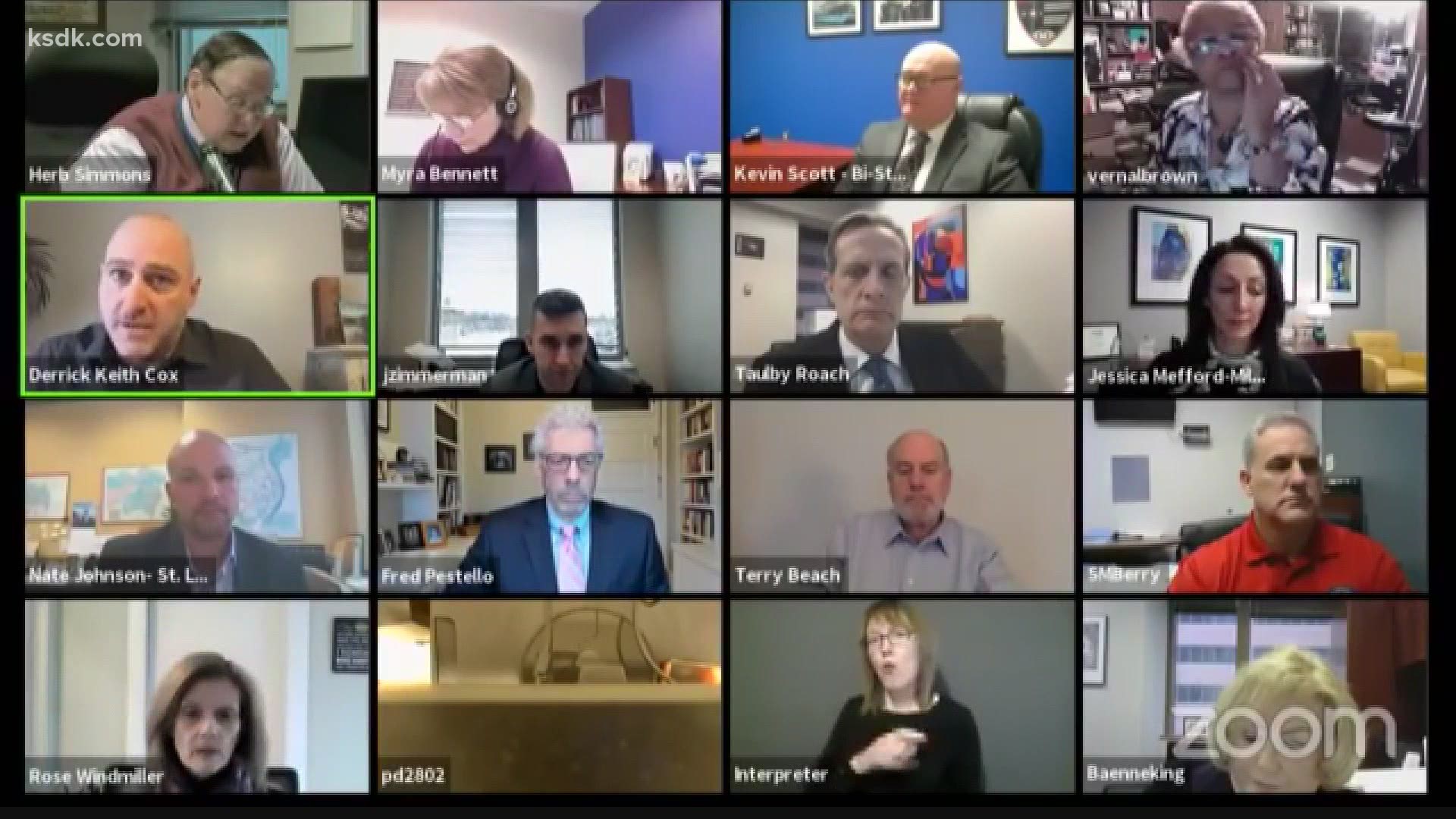 ST. LOUIS — Serious conversations about safety and security are happening at Bi-State Development, these days, in the aftermath of a contracted, unarmed security guard who was shot and killed while working.

A commission meeting was held on Monday.

“Should our officers be able to protect themselves? And the other issue I keep getting, and it's kind of cloudy – is it legal?” Bi-State Security Commissioner Derrick Keith Cox asked.

It comes a day before the funeral of former U.S. Marine and security officer James Cook, who was shot and killed while working on a MetroLink platform on Jan. 31.

“I strongly believe that if this officer had a firearm, he may be alive today,” Cox said.

Bi-State officials say a federal compact that governs Bi-State Development's Metro Transit operations prohibits the carrying of firearms by Bi-State employees and security guard contractors. But it also allows Bi-State to contract with regional law enforcement agencies whose officers can carry weapons on the transit system.

Cox wants security commission members to make a recommendation to the Bi-State Board on whether security officers should be armed after completing weapons training.

“All I'm asking for,” Cox said to fellow commissioners, “is first to decide – does this board feel we are on the right track? Everything is being done perfectly? Let's not change anything.”

“Look, I'll be honest,” Roach said in an interview with 5 On Your Side, “we're gutted by this, and I would say this is a part of the system that in a way has failed. However, we need to take that failure and learn from it.”

If there is a change, it won't start now. The security commission motion to make a recommendation to the Bi-State board failed.

One option that some have suggested is to switch all security to law enforcement officers. But Roach said that's not possible, because there are not enough of them available from area agencies. He also worries about trying to deliver a system that could be illegal, according to the federal compact.