"The billboards disrupt the peace, beauty, serenity and noncommercial nature of the cemetery. They defile and divest the cemetery of its sacred nature," the lawsuit said. 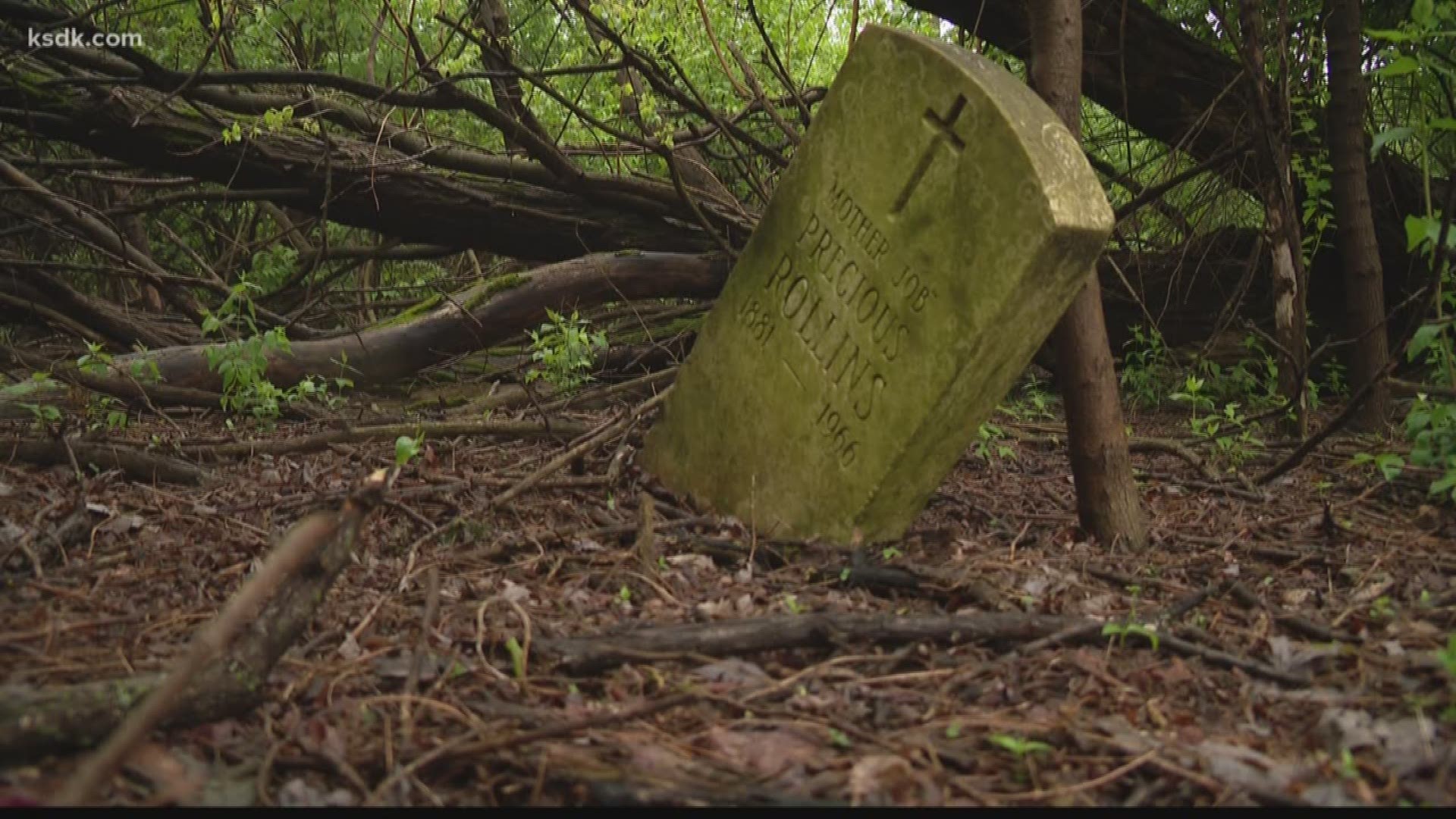 BERKELEY, Mo. (AP) — Billboards towering over an African-American cemetery in suburban St. Louis desecrate the memory of the people buried there, a volunteer who tends to the facility claims in a lawsuit seeking their removal.

Wanda Brandon's lawsuit seeks an injunction that would require removal of the six lighted billboards that stand on thick metal poles high above Washington Park Cemetery in Berkeley, Missouri, where the cemetery abuts Interstate 70.

"The billboards disrupt the peace, beauty, serenity and noncommercial nature of the cemetery. They defile and divest the cemetery of its sacred nature," the lawsuit said.

The cemetery, which opened in 1920, is largely run-down. In some areas, gravestones are overturned or haven't been tended to for years. Some are among overgrown weeds and brush; others sit in a swampy area of tall grass almost directly beneath the towering billboards.

Brandon, 58, is among volunteers who tend to the cemetery, which hasn't accepted new burials for nearly three decades. Her mother and grandmother are buried there.

"Sections look like a jungle out there," Brandon said Tuesday.

The billboards are owned by DDI Media, the St. Louis-based company named in the lawsuit. They're not technically on cemetery land because DDI in the 1980s bought from the cemetery's previous owner the parcel along I-70 at one of the busiest sections of roadway in Missouri, just across from Lambert Airport.

DDI Media President Vince Miller said he has not seen the lawsuit and declined comment.

The lawsuit, filed Friday in St. Louis County Circuit Court, says the billboards in the past year have advertised entertainment events, radio stations, Bunny Bread, window sellers and jewelry stores, among other things.

The lawsuit called the presence of the billboards "disrespectful."

Cemetery supporters have been disheartened before. Development of I-70 in the late 1950s went through the cemetery. An airport expansion project and development of a light rail system in the 1990s bought out additional parcels, leading to the digging up of thousands of remains, which were moved to nearly two dozen other cemeteries.

Brandon, who was active in Ferguson after the 2014 fatal police shooting of Michael Brown, sees placement of the billboards as further evidence of latent racism.

"She feels this wouldn't happen in a white cemetery," her attorney, Mary Coffey, said.

The lawsuit does not seek financial damages.