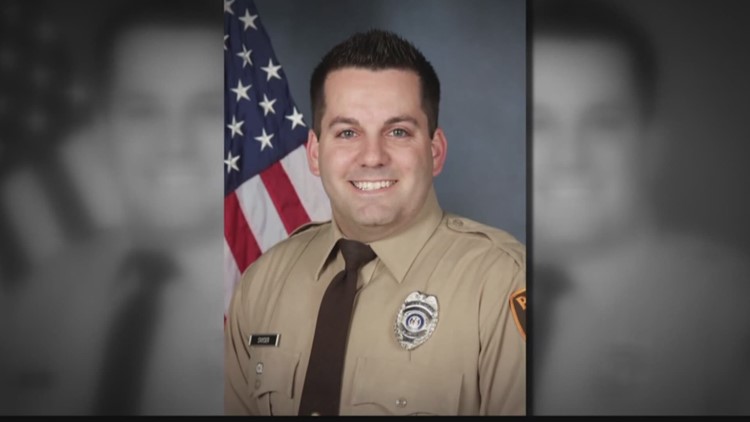 It's a day many in our area, especially those with the St. Louis County Police Department, will never forget.

Snyder was a 4-year veteran of the police force who was survived by a young son named Malachi and his wife Elizabeth.

In the months following the deadly shooting, family, friends and community members came together to honor Snyder and support his family.

RELATED: Portion of Gravois Road to be named after Blake Snyder

RELATED: Officer Snyder's son gets bears made from his uniforms

In 2019, Trenton Forster was found guilty of first-degree murder after a five-day trial in St. Louis County. He was sentenced to life in prison without the possibility of parole.

“Thank you, God!" Snyder’s widow posted on Facebook after the verdict. "Now I can return home and squeeze my little munchkin and tell him one day how justice was served.”

RELATED: A Warrior’s Widow: Elizabeth Snyder creates page for those dealing with grief

Blake Snyder may be gone, but the person he was and his service to his community will never be forgotten.