Bloom Café serves up new opportunities for people with disabilities

A job training program will launch there this summer. 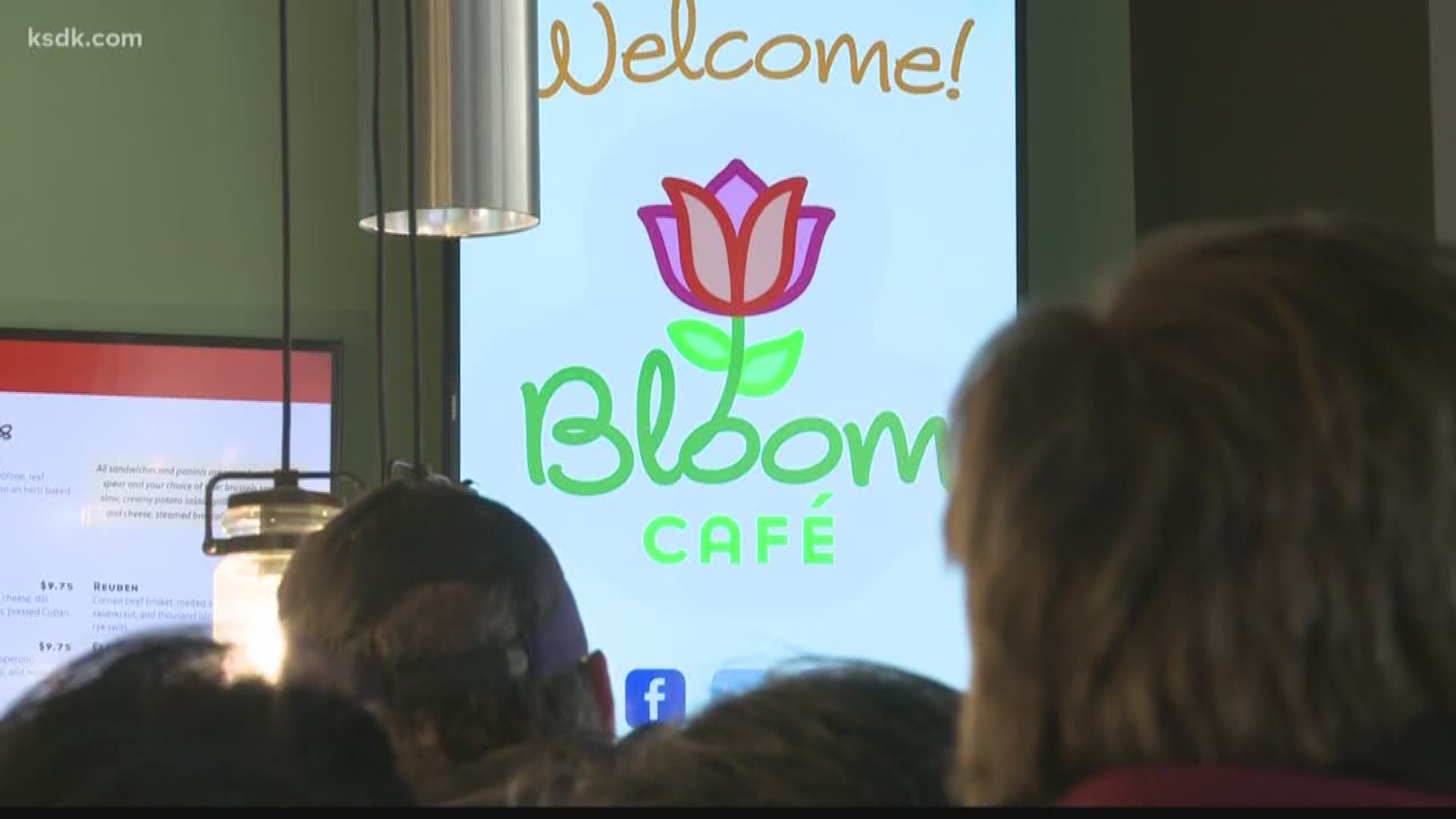 ST. LOUIS – The newest restaurant in St. Louis could change lives for the better.

Bloom Café in the Dogtown Neighborhood celebrated its grand opening Wednesday. It's a partnership with Paraquad, an agency that advocates for people with disabilities.

“My favorite thing to do is cut vegetables,” said Geekie.

11 years ago, Geekie developed a brain tumor that affected his ability to control his movements. He now uses a wheelchair.

The tumor also caused Geekie to miss his last semester of culinary school. But Bloom Café’s given him a new opportunity to do what he loves.

“I thought that's never going to happen. It would be too good to happen. But now, it's a reality.”

Success stories like that are what Bloom Café is all about. This summer, it'll blossom into a training ground for people with disabilities.

“So that they can gain skills and experience working in the kitchen, have an internship and then work with our employment department to get placed out in the community in competitive jobs,” said Wehmeier.

At the same time, it'll continue to operate as a full-service restaurant.

The idea behind Bloom Café was enough to bring Sandy Taubenheim and her son Jackson in for lunch.

“I just think it's an awesome opportunity for people with disabilities to have these kinds of jobs and get the skills they need,” said Taubenheim.

And what about the food?

“Good!” said Jackson through a mouthful of Pressed Pizza Panini.

Back in the kitchen, Kevin Geekie plans to keep working hard. And he's excited about what he calls a future with new purpose.

The job training program will begin this summer. Click here for more information.