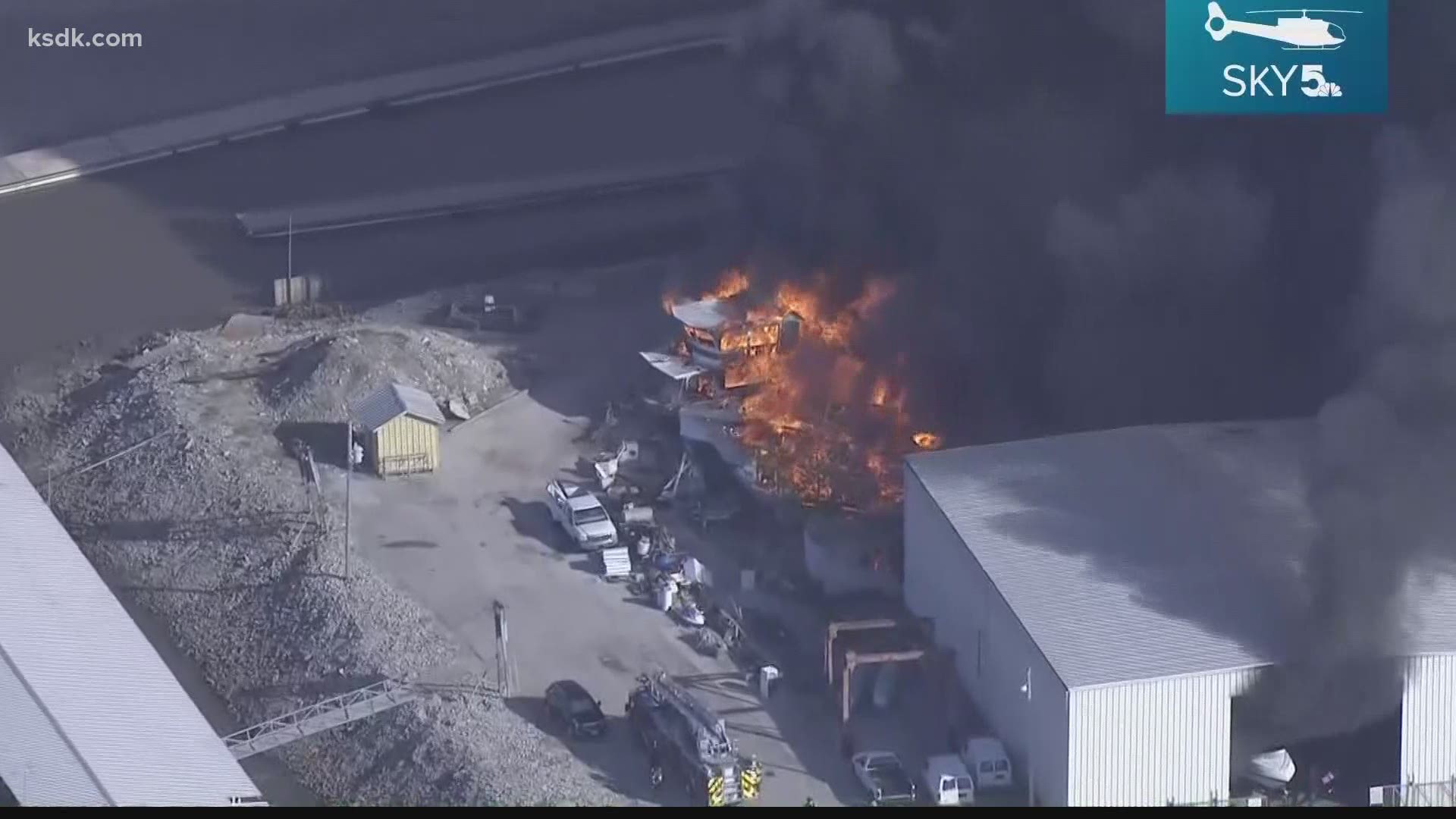 ST CHARLES, Mo. — More than 100 boats were destroyed after a fire at a St. Charles County marina Wednesday afternoon.

Investigators say gasoline fumes accidentally ignited on a boat that was being repaired in the storage area.

"We've been on the river for over 40 years so most of my life. We've seen a lot of crazy things but nothing quite like this. Its kind of interesting when you find out on KSDK.com," said Brad Hoff, who lost his boat in the fire.

"The heat was pretty intense, I was standing other there by the ramp and it was like a big whomp," said Dave Evans a boat owner who was nearby.

The sight of the Woodland Marina's storage rack going up in flames was impossible to ignore. The fast moving fire damaged about 140 boats and injured a mechanic within hours.

"They joke about a boat is a hole in the water into which you pour money the rack storage is a great way to store your boat but not in this particular instance I guess," Evans said.

People who came by Thursday said it's hard to tell what was even inside, it looks completely empty, little fires were still burning as people tried to see what's left.

"In front of this little green Sentra is our jet ski. It made it," Hoff said observing the damage.

While the jet ski survived, Hoff says his family lost their boat in the fire.
A boat they passed down through generations.

5 On Your Side spoke with the owner Carl Gibson. He says 2020 hasn't been all bad, because even after this vast fire their decades old business is still afloat.

"These folks are wonderful people... Its just so sad," said another boat owner.

The mechanic who was injured in the incident is out of the hospital and is expected to be OK. 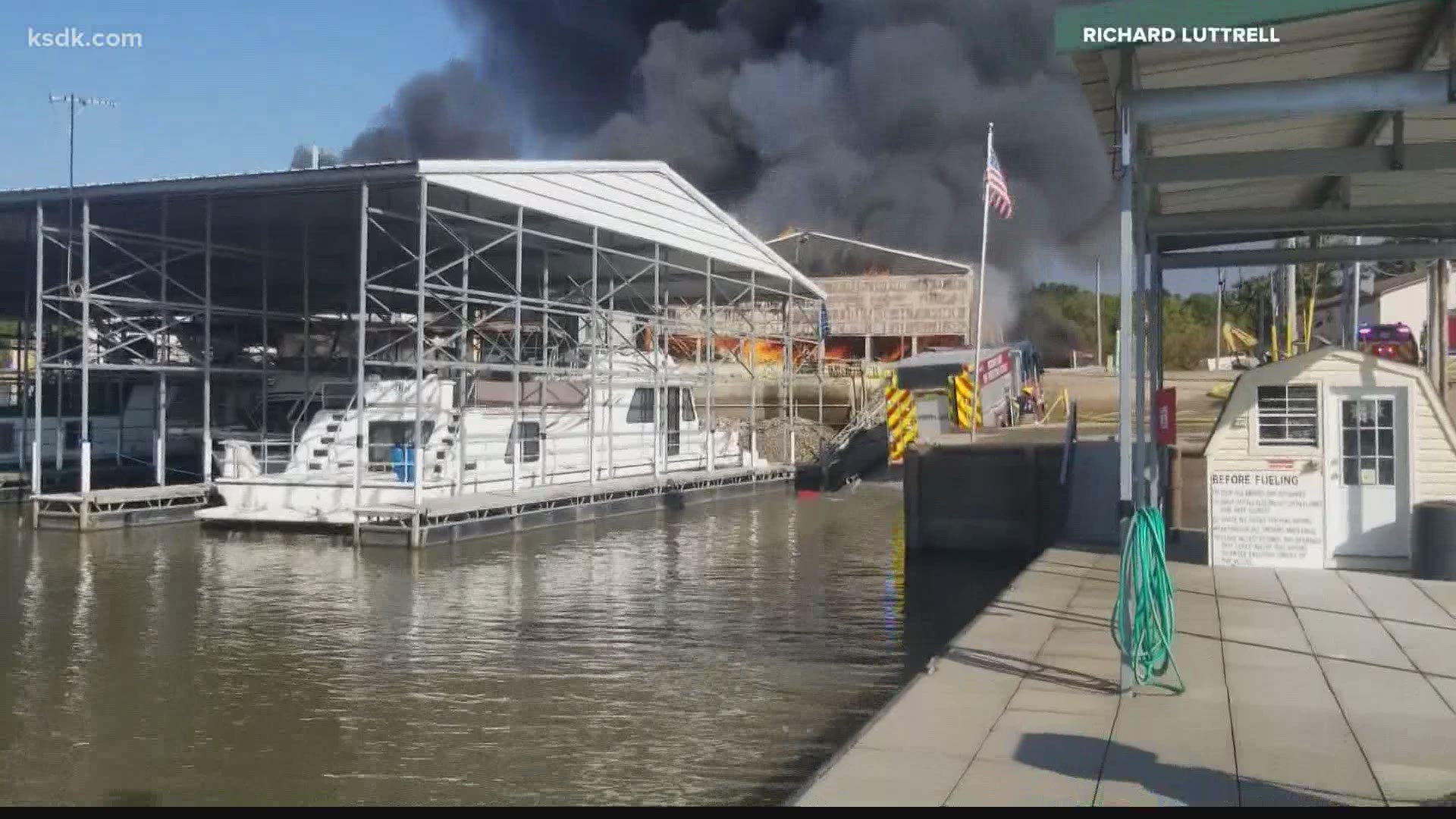