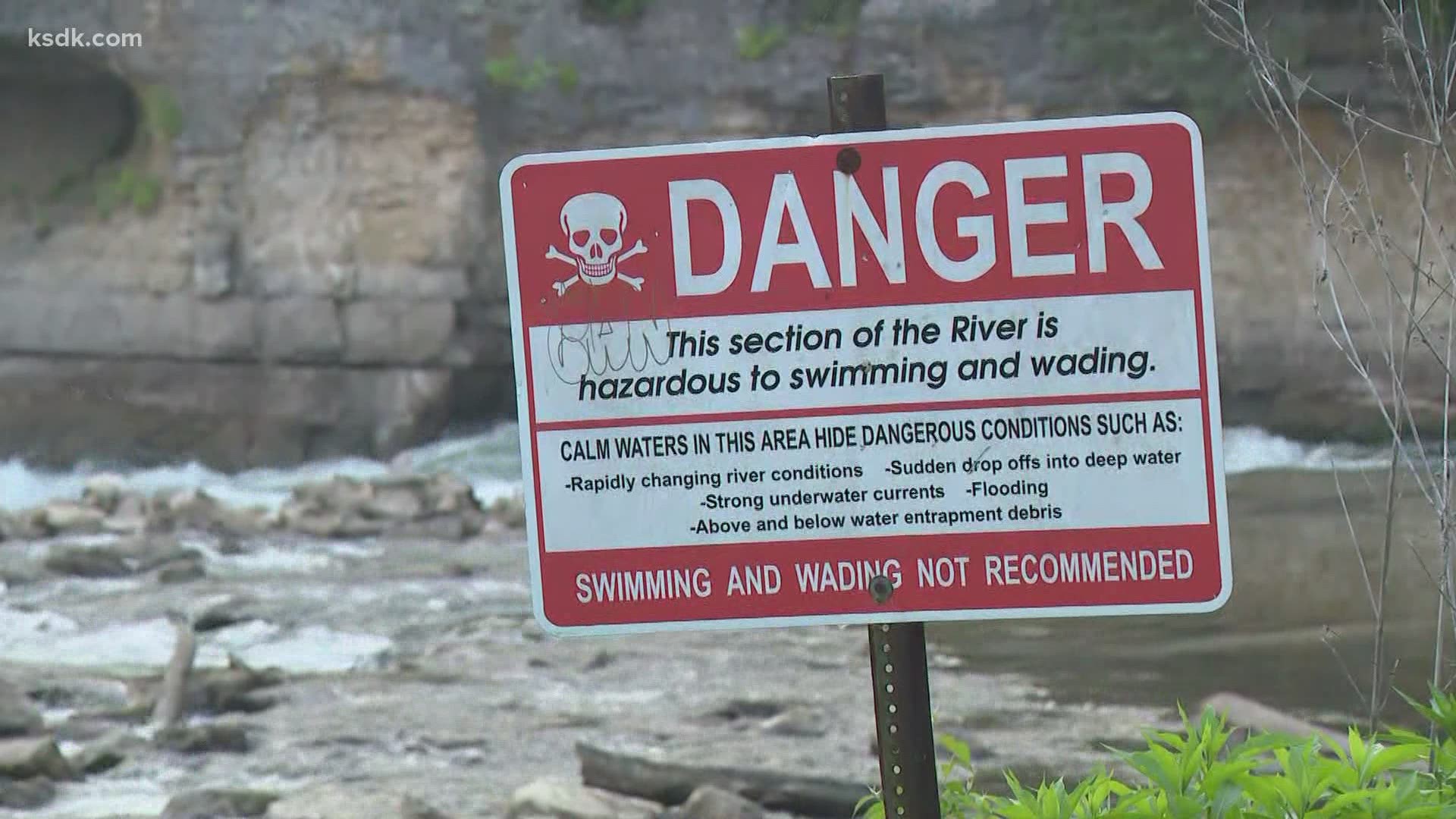 HIGH RIDGE, Mo. — Jefferson County Sheriff's Office investigators recovered a body from the Big River near Rockford Beach on Saturday morning and said they believe it to be Michael Lewis of Granite City.

Lewis, 25, was reported missing Thursday night after having been seen near Rockford Beach. Emergency crews conducted a search, by boat and with a canine unit, after Lewis went missing. No foul play is suspected, according to the Jefferson County Sheriff's Office.

A fisherman found the body just after 8 a.m. Saturday, according to Jefferson County Sheriff's Officer Grant Bissell. Evidence points to drowning as the cause of death, he said, but that can't be confirmed — nor can an identification — until the medical examiner's report is final.

The High Ridge Fire District assisted JCSO in the recovery Saturday but could offer no details on the victim's identity or cause of death.

Search and rescue crews went out on the river again Friday but were unsuccessful. The Granite City Police Department, at JCSO's request, did a wellness check and located his vehicle, but he was nowhere around.

An attempt to track his cellphone showed south St. Louis County, but the phone charge had run down.

Lewis' family was called Saturday morning and helped with details to tentatively identify the body.

On the day Lewis went missing, he was at Rockford Beach with at least two other people but then left the group and went off with another person, possibly to jump off some cliffs, sheriff's investigators learned.

A while later, a person Lewis was with returned to the original group, but Lewis was not with that person, according to investigators. Eventually, the people Lewis came with left without him. About 90 minutes later, another acquaintance of Lewis called JCSO to say they hadn't heard from him.

An incident report will be completed by the Missouri State Highway Patrol, JCSO said.

This would be the fifth drowning in the St. Louis area and the third in the Big River in the last week.

5 On Your Side's Jacob Kuerth and Kelsi Anderson contributed reporting of this story.