Some NBA teams have reached 100% vaccination, but other NBA players have decided not to get the vaccine 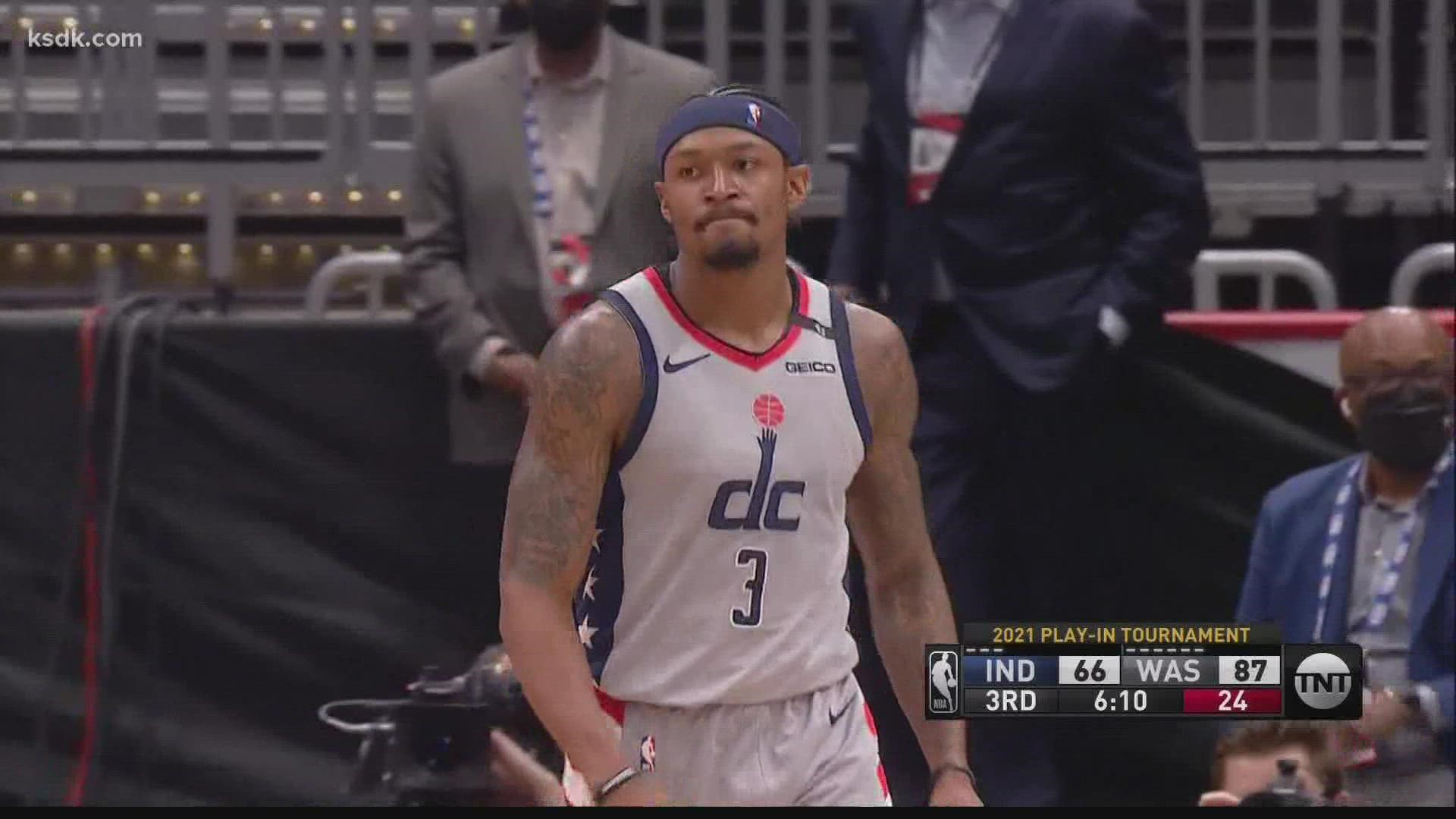 And Brooklyn guard Kyrie Irving is keeping everyone guessing.

The NBA season arrived Monday with media days in advance of training camp, with the ongoing pandemic as much if not even more of a topic than basketball. This will be the third season affected at least in part by the pandemic, almost certainly not the last, and some teams revealed that their rosters are 100% vaccinated entering the season.

But the list of unvaccinated players includes Washington’s Bradley Beal — a graduate of Chaminade in St. Louis who missed out on the chance to play for an Olympic gold medal with USA Basketball this summer after testing positive.

Beal said he remains unvaccinated for “personal reasons,” and has questions about why someone can still contract the virus even after being vaccinated.

While the vaccine does provide protection to prevent people from getting COVID-19, the primary function is to protect people against severe illness, including disease, according to the CDC.

"Most people who get COVID-19 are unvaccinated. However, since vaccines are not 100% effective at preventing infection, some people who are fully vaccinated will still get COVID-19," the CDC says on its website.

Same goes for Giannis Antetokounmpo of the NBA champion Milwaukee Bucks, who still isn't totally sure if the vaccine will present issues down the road.

But much like sentiments expressed by Portland's Damian Lillard and Memphis' Ja Morant, Antetokounmpo — a father of two — said his family played a major role in his decision to get vaccinated.

“I did what was best for me and my family's safety. ... You do whatever it takes for you and your family to be OK," Antetokounmpo said.

The Spurs have a fully vaccinated roster, Popovich said. The New York Knicks and Los Angeles Lakers said last week that they would have the same, and some other clubs — including Utah, Portland, Houston and Charlotte — said they were at the 100% mark.

Other teams are close to being fully vaccinated.

Miami will be by the start of the season, a person with knowledge of the situation told The Associated Press, speaking on condition of anonymity Monday because the Heat vaccine rate has not publicly revealed by the team.

Toronto general manager Bobby Webster said the Raptors are “one dose” away from being there, as did Atlanta GM Travis Schlenk.

Leaguewide, the rate is believed to be around 90% and climbing.

“There is still a lot of stuff going on out there,” Popovich said. “You see all the bumps in cases here and there. You see all the areas where people are not vaccinated. It’s a double-edged sword. I think we are in good shape right now. We’re trying to do everything we can to make sure we can be safe, which means we’ve got to be disciplined day to day to day to day.”

Players who are vaccinated will not be tested often; unvaccinated players will be tested on all practice days and travel days, and at least once on game days.

“Would I love to sit here and tell you that we’re 100% vaccinated? I’d be thrilled about that,” Denver coach Michael Malone said. “The fact is that we’re not, and that’s all I’ll say on that matter regarding who is and who’s not. It’s a delicate balance. It is not my place to tell somebody that they have to be vaccinated."

Irving is among the individuals at the center of that debate in the NBA right now.

By local rule in New York, to play for the Nets at home this season Irving would have to be vaccinated or receive an exemption — something that Golden State’s Andrew Wiggins sought from the NBA unsuccessfully last week because San Francisco has similar rules.

“I'm just going to keep fighting for what I believe," Wiggins said Monday.

Irving wasn’t at media day in Brooklyn on Monday, instead appearing remotely and refusing to say if he plans to play in home games.

Irving is keeping his status and reasoning private. Orlando’s Jonathan Isaac is not.

Isaac, whose mother works in health care, has had COVID-19 already. He is not vaccinated, but insisted he is not anti-vaccine, anti-medicine, or anti-science, either.

“I thank God, I’m grateful, that I live in a society where vaccines are possible and we can protect ourselves and have the means to protect ourselves in the first place,” Isaac said. “That being said, it is my belief that the vaccine status of every person should be their own choice. ... I’m not ashamed to say that I’m uncomfortable with taking the vaccine at this time.”

Media day tends to have some loose moments, and Durant was at the forefront of one of those when he was asked why people call him “KD.” The reporter — “Dave from Basketball Digest” — was none other than David Letterman, who got laughs from media that were present even though Durant didn’t outwardly show any happiness with the line of questioning.

Popovich joined San Antonio reporters to ask the hard-hitting question of why shooting matters in basketball, and in Miami, Jimmy Butler crashed Kyle Lowry’s first Heat availability in an effort to get him to endorse his coffee brand.

There were also reminders that the pandemic isn’t over.

Udoka, entering his first season as Celtics’ coach, is wrapping up a 10-day quarantine after testing positive and plans to be at the team’s first practice Tuesday. Phoenix’s Devin Booker wasn’t at Suns media day, already in the league’s health and safety protocols — indicating some sort of testing or contact-tracing issue.

But camps are opening. A regular 82-game season is planned. Fans will be back in buildings. Popovich, the NBA’s longest-tenured current coach who said he qualified for his booster shot already because he's in his 90s — he's really only 72 — may have summed up the order of things in the NBA now perfectly with this assessment: “Normalcy, with a good dose of caution.”