Protesters take to St. Louis streets amid no charges in Breonna Taylor's death

On Wednesday, a Kentucky grand jury announced charges against former Louisville police officer in the Breonna Taylor case, but not for her death 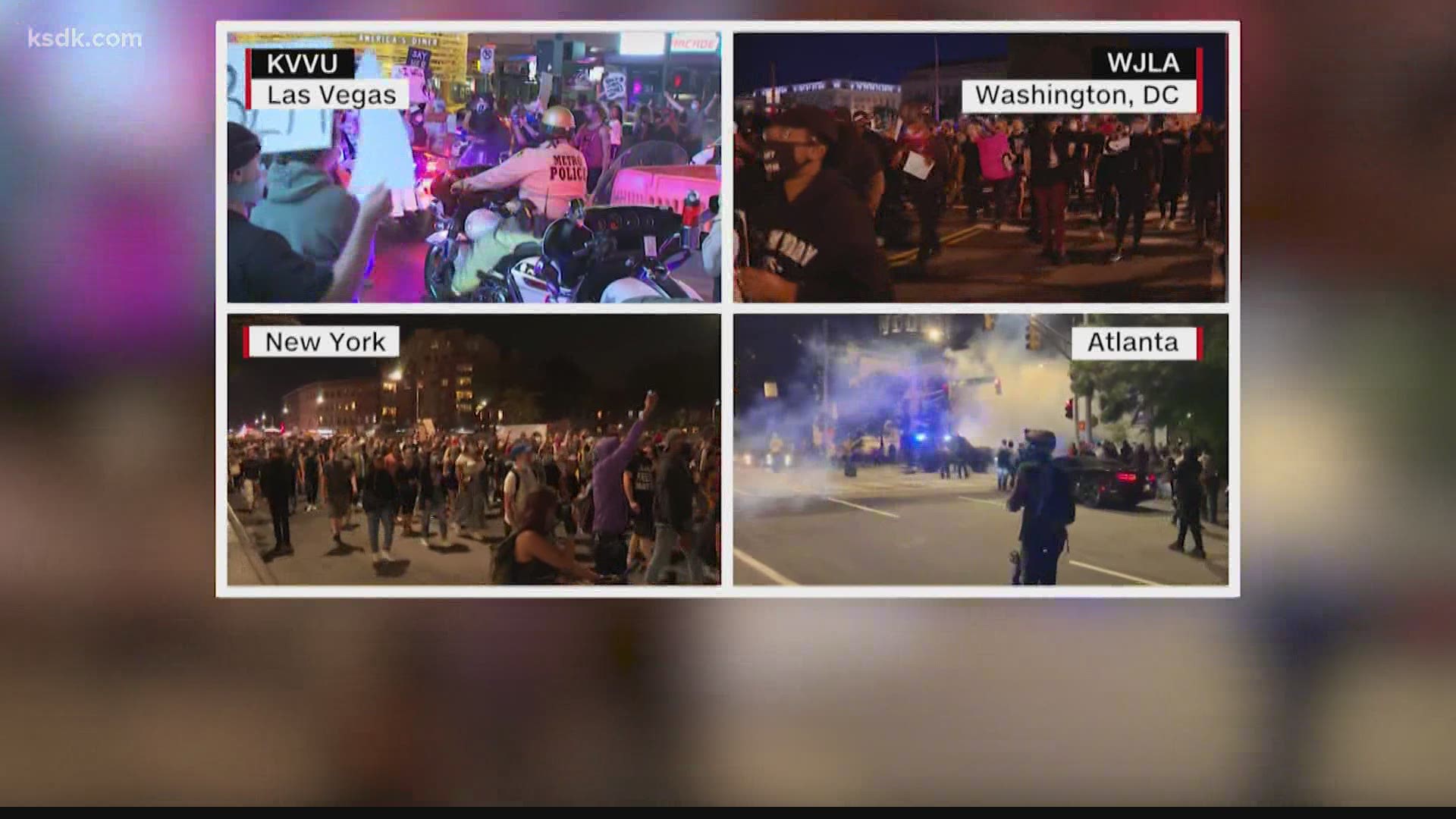 ST. LOUIS — Following the decision to not charge any of the officers in Breonna Taylor’s death, there are several protests planned in the St. Louis area.

Taylor was shot and killed by police in March inside her Louisville apartment.

On Wednesday, a Kentucky grand jury announced charges against former Louisville police officer in the Breonna Taylor case, but not for her death.

READ MORE: Everything we know about the Breonna Taylor case

He said officers Jonathon Mattingly and Myles Cosgrove were justified in their use of force to protect themselves after Mattingly was struck by one bullet from Taylor's boyfriend, Kenneth Walker.

Cameron said Taylor was struck six times. He said the fatal shot was fired by Cosgrove, per an FBI investigation.

Hankison also fired into the apartment. Some bullets traveled through a neighbor's apartment, endangering those inside. No evidence shows Hankison’s bullets struck Breonna Taylor, Cameron said.

Wanton endangerment is a Class D felony. If found guilty, Hankison could face up to five years for each of the three counts.

Editor’s note: This story will be updated

5 On Your Side's Robert Townsend is following the march downtown.

11:30 p.m. A small fire was set outside of the front doors at the St. Louis Metropolitan Police Department headquarters. The fire was quickly extinguished.

9:10 p.m. Protesters are now removing barricades that were positioned around city hall and moving them into the street on Tucker Boulevard and chanting, "these are our streets."

8:45 p.m. Protesters are marching along Tucker and Market. They’re chanting “Who shuts the intersection down? We shut it down.” And "We want justice!"

8:30 p.m. Protesters started to march from the Old Courthouse to City Hall. Police cars are following behind the protest.

8 p.m. Crowd continues to grow with more than 60 people.

Around 7:30 p.m., dozens gathered in from of the Old Courthouse in downtown St. Louis.

Six people were arrested during a protest in Florissant Wednesday evening.

According to the Florissant Police Department, a group walked out on US 67 and blocked the highway. Police said there were three dispersal orders given to protesters to move from the highway. After the third order, officers entered the roadway and made the six arrests.

Police said while officers were making the arrest, a protester threw a large loud firework at the officers.

No one was injured. Police said there were no chemical munitions or any type of distraction devises used by police during tonight’s protest.

The six who were arrested are charged with peace disturbance. One of the six is also charged with resisting arrest, according to police. 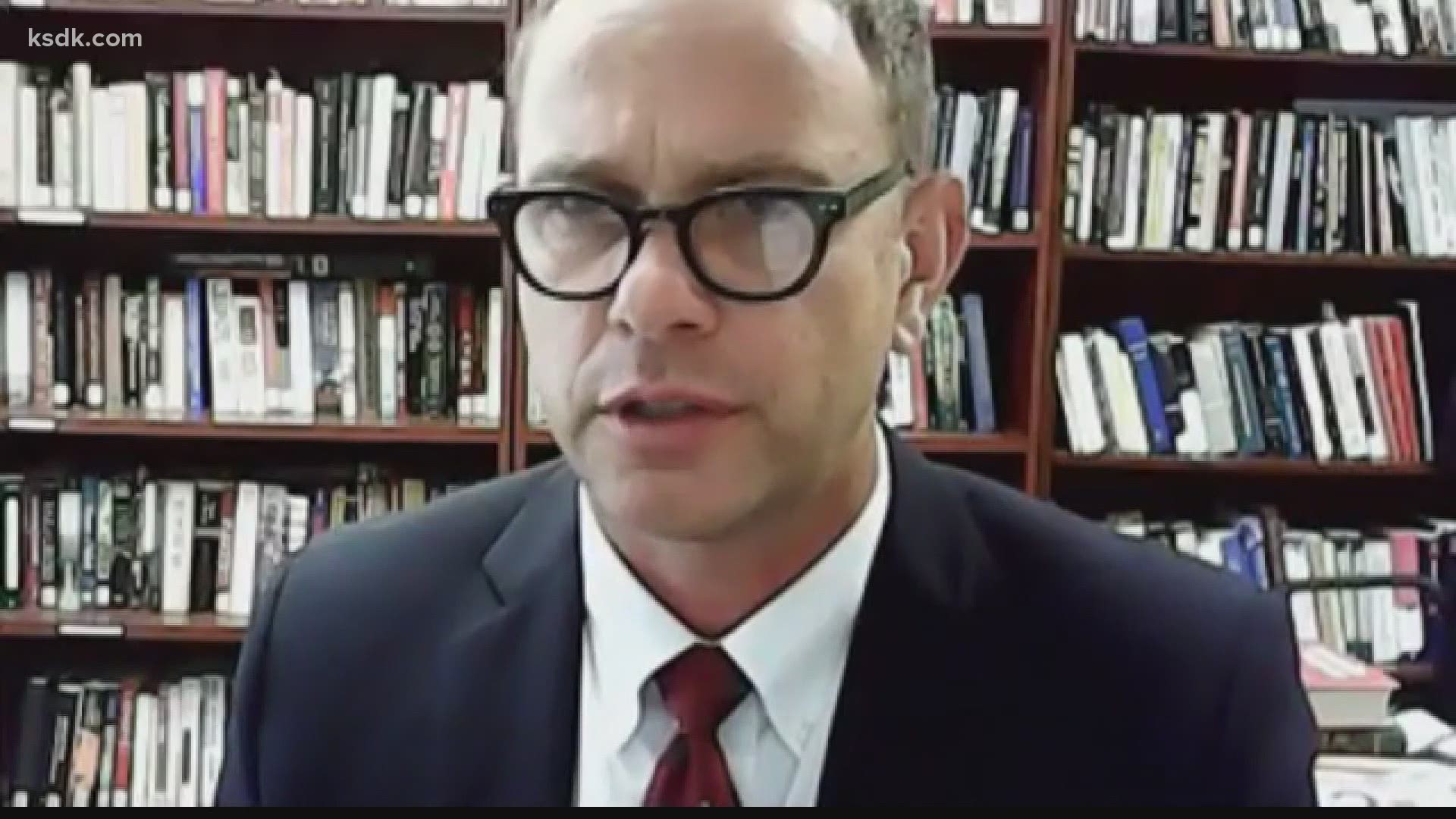