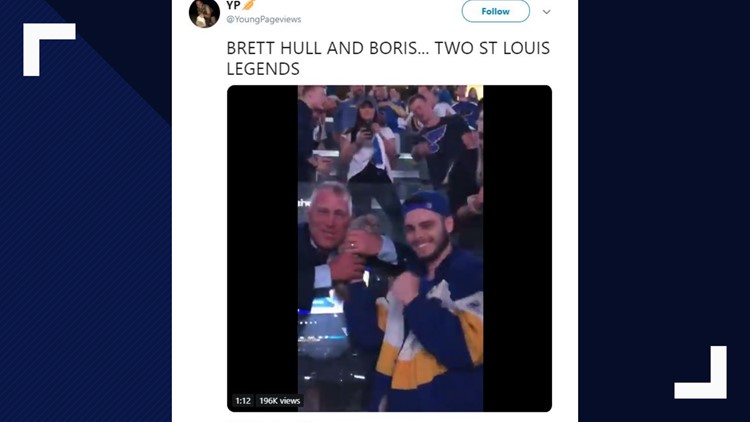 Brett Hull loved this chinchilla at the Blues game

ST. LOUIS – There was a chinchilla at Game 4 of the Stanley Cup Fina at Enterprise Center and Hall of Famer Brett Hull apparently loved it.

Some are calling it ‘Rally Chinchilla,’ but its name is actually Boris.

Ben Friedman, who works for Sirius XM 85 and Barstool, brought Boris to the game.

He shared video of Hull kissing Boris at the game on Twitter. Boris also got a photo with Jon Hamm.

‘One of the most famous St. Louisans of all time and then Me and Jon Hamm,’ Friedman tweeted.

At one point during the game, Brett Hull with Boris was trending on Twitter.

‘Family portrait. Last night was an absolutely UNREAL moment for my son Boris and the whole entire city of St. Louis,’ he tweeted.

There is a video on Twitter of Friedman and Boris going through security.

5 On Your Side reached out to the Enterprise Center for comment and we’re waiting to hear back.