'After that loss, I think it kind of did something to my guys. It kind of was a wake-up call to know we was knocking on the door, but we just didn't kick it in.' 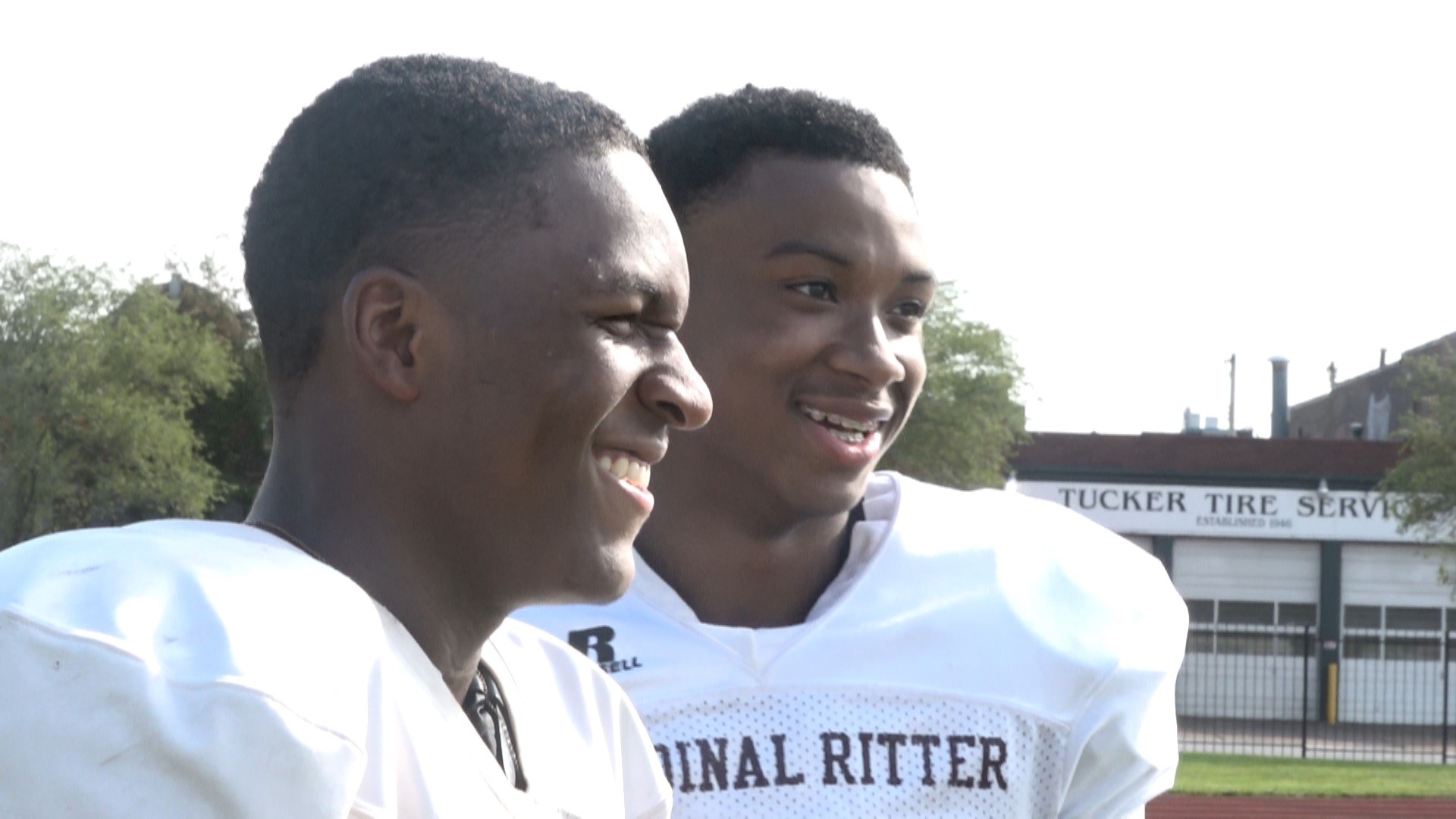 ST. LOUIS — The Cardinal Ritter Lions have one week before they take the field against Nazareth Academy, and head coach Brandon Gregory is making sure his defense is where they need to be seeing how things ended last season.

"After that loss, I think it kind of did something to my guys, it kind of was a wake-up call to know we was knocking on the door but we just didn't kick it in," Gregory said.

The Lions defense will have their work cut out for them.....

But when you have a dynamic duo like Cardinal Ritter does on offense with Luther Burden and Malik Hagens, Gregory can sleep a little better at night.

"I had some cool quarterbacks, but I feel like I got one that actually know the game," Burden said.

"He's a great receiver, he probably the best in his class to me," Hagens said. "He a dog, and he proved that last year."

As a freshman, Burden hauled in almost 1,200 receiving yards and 14 touchdowns.

Now with one year under his belt, Hagens is expecting 2,000 yards from Burden, and "all my other receivers will have a thousand," Hagens said.

Roll your eyes and doubt him if you want, but Hagens torched opposing defenses last year, throwing for 4,500-plus yards and 54 touchdowns.

He helped lead the Lions to a 14-1 finish in 2018. Now Burden and Hagens are out to prove the Lions are still a problem.

"We want to show that we still here, it's kind of like we weren't a one year team, we building a program so I think they just want to set they mark like kudos to the team last year but we want to establish our-self as well," Gregory said.

RELATED: Todd Shelton down but not out, continues to inspire despite being paralyzed

RELATED: Local kid uplifting others through his darkest times

RELATED: One teen wasted no time using his platform to give back

RELATED: Local girl getting national attention on the tennis court