Credit: Mark Herman of MArK Inc.
A look at the entry to the food hall from the new event space at City Foundry.
Author: By Steph Kukuljan – Reporter (St. Louis Business Journal)
Published: 10:14 AM CDT August 26, 2019

18Rails|The Venue @ CityFoundrySTL from Butler's Pantry will accommodate 700 guests when it opens in late fall 2020. Like City Foundry, the mixed-use redevelopment of the former Century Electric Co., the space will touch on its industrial past with design features and include a wall of windows, original I-beams and an "Instagram-able" backdrop. 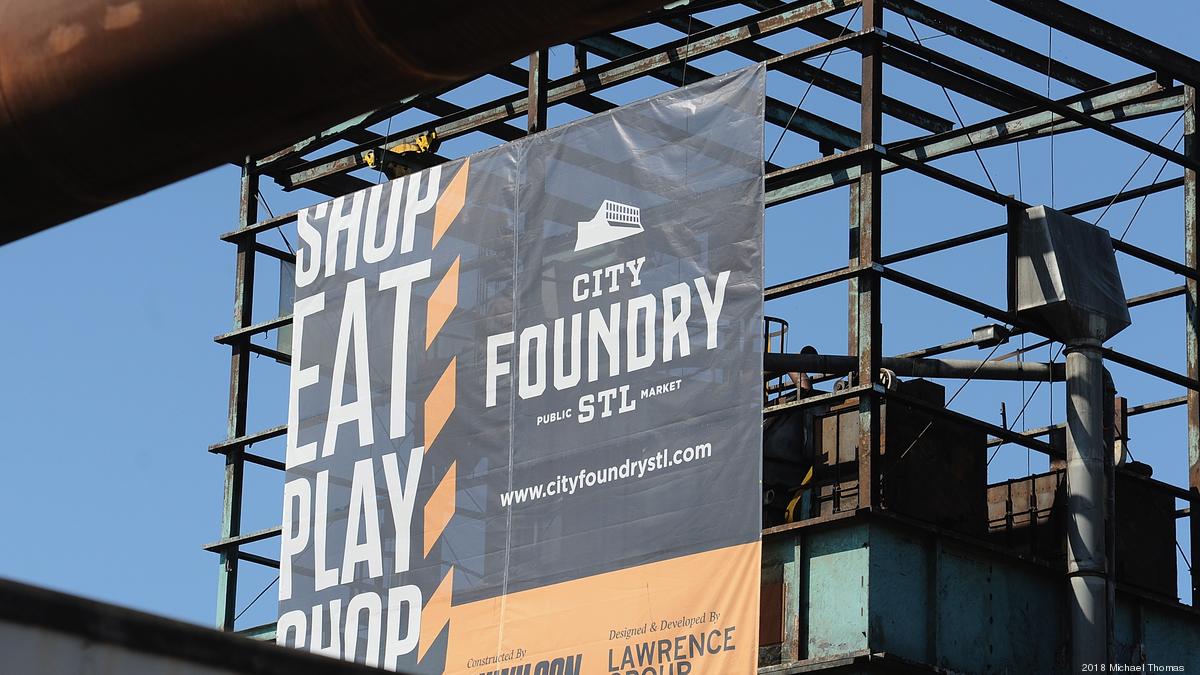 CIBC secures $111M loan for Steve Smith's City Foundry - St. Louis Business Journal
"We have all of the money in place to take us to the finish line," owner and developer Steve Smith said.

Mark Herman of MArK Inc. designed the concept, and JEMA has been tapped as the architectural firm.

Vince Bommarito Jr., the chief culinary officer at Butler's Pantry, will create the menus, with a la carte offerings and food stations, for the event space.

City Foundry STL adds 8 eateries for its future food hall - St. Louis Business Journal
Lawrence Group, the team behind the City Foundry project in St. Louis, has unveiled a lineup of eight food vendors that are exclusive to the development and to St. Louis.

"The City Foundry is an exciting addition to our city and we are honored to be a part of it," Butler's Pantry President Richard Nix Jr. said in a statement.

Take a peek inside the space here.