"COVID took us down in so many ways, but the biggest was our health, mentally and physically" 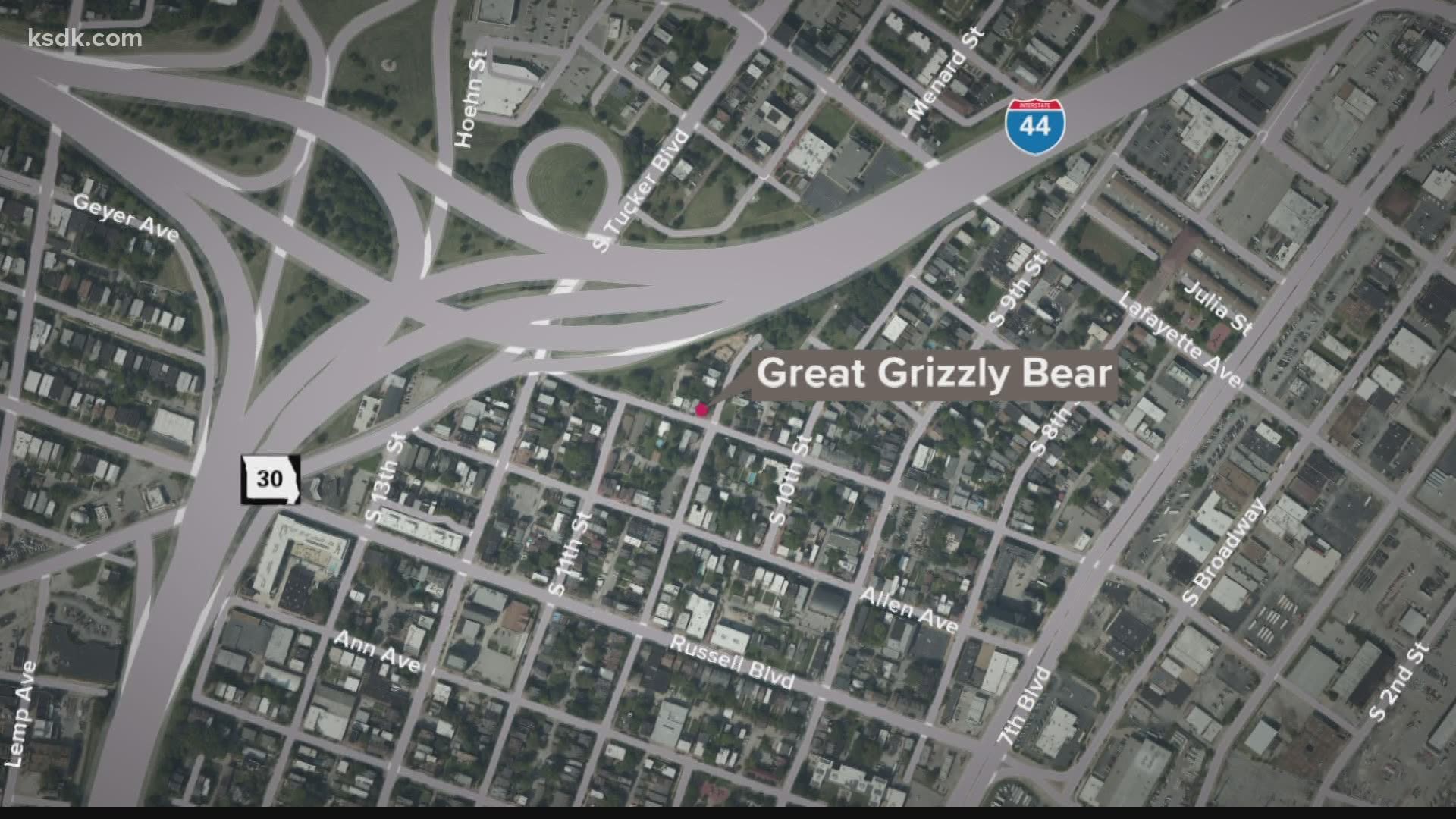 ST. LOUIS — A Soulard restaurant has closed, saying it has shut its doors for good.

Great Grizzly Bear, located at 1027 Geyer Ave., said this week in a social media post that the restaurant had been struggling and ownership decided it was time to close. It's the latest St. Louis restaurant to shutter as many have faced challenges due to COVID-19.

“We were on a roll for the 2020 year, but COVID took us down in so many ways, but the biggest was our health, mentally and physically,” the Facebook post Wednesday said. “You guys know we’re pretty tough, but it was a crazy uphill battle and with all of the current issues and winter coming, it was just time.”

Earlier this week, Great Grizzly Bear officials said they were selling the bar and restaurant. In another social media post, they said they were getting out for health reasons.

In the most recent post, officials reiterated their desire to sell.

“We’re hoping someone that would be the future owner will be able to keep it the cool place that it is,” they said.

Great Grizzly Bear was one of Soulard's longest-running bars dating back nearly 30 years, though ownership has changed over time.

Owners of the restaurant, which has been around for nearly 30 years, said health issues were the main reasons for deciding to shutter.​ https://t.co/5vzwLjXrlg