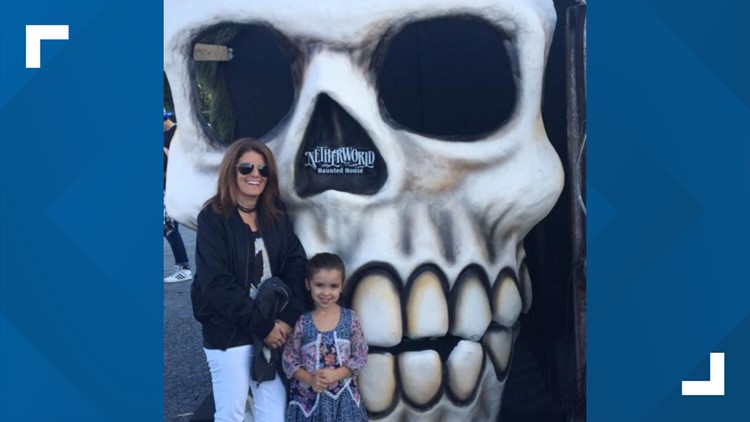 Meet the woman behind the world's largest Halloween attractions show

ST. LOUIS — Jennifer Thaler’s family has been running trade shows for over half a century.

Thaler’s grandfather founded TransWorld Exhibits in Winnetka, Illinois, in 1966. Today the firm is one of the Midwest’s largest trade show producers.

That’s where Thaler, a 26-year veteran of the trade show business, got her start. In 2009, she launched a redesigned version of TransWorld Exhibits’ Halloween show in St. Louis. A year later, she founded her own company, TransWorld Trade Shows LLC, which specializes in producing trade shows, conventions and tours for mostly Halloween and haunted attractions.

The firm’s flagship Halloween & Attractions Show, which it says is the largest of its kind in the world, has since branched out to include Christmas and escape room components. Its exhibits include clothes, makeup, virtual reality, animatronics and even web design and marketing services. We spoke with Thaler about her company and its signature show, which will run from March 19-22 at America’s Center. The conversation has been edited for length and clarity.

What led you to start TransWorld Trade Shows? My family was doing the Halloween retail side of the business, like costumes and party and things like that. But I felt that there was going to be an opening in the marketplace for more entertainment-based events surrounding Halloween. There was always a small segment of haunted house exhibitors with our other Halloween costume and party show, and I used to work on that show, but it was never a true focus of the show. It was just a very, very small segment of the show. And I decided to kind of break away from my family and take those few exhibitors and grow it into something a lot larger.

What customers does the Halloween show target? We focus more on the entertainment side of things. Pretty much everyone who comes through the show either owns a retail store or is in the entertainment business, where they have some sort of an attraction that brings in people. So they're looking for stuff to add to their attraction, whether that's a farm, a pumpkin patch, a corn maze, a zoo, an aquarium, a haunted house, a resort — these are all people that have a facility that they want to put product into to entertain their clients.

How did the show end up in St. Louis? For years the show was in Chicago, and when the economy got tough, we were trying to look at some alternative cities where we could lower the booth costs for people and they could get a little bit lower rates in hotels. St. Louis at that time just didn't have a lot of large conventions. They very much welcomed us there, and we were able to negotiate some good rates for our exhibitors as well as for the buyers at the hotel. And I think we did a lot for the city of St. Louis as well. We've grown together.

How has the show expanded since its first year? When we were first in St. Louis, I think we took two aisles of the first hall, and now we are in five halls. We have added not only Halloween products, we’ve also added escape room products and paintball industry products, and now we've added Christmas into the show. So it’s grown. It's definitely grown. I think we're in 400,000 or 450,000 square feet of exhibit space.