St. Louis County lawmaker has idea for how to spend possible Rams settlement

The Sports Business Journal reported that Stan Kroenke could seek to settle the St. Louis litigation separately from the NFL and its other teams 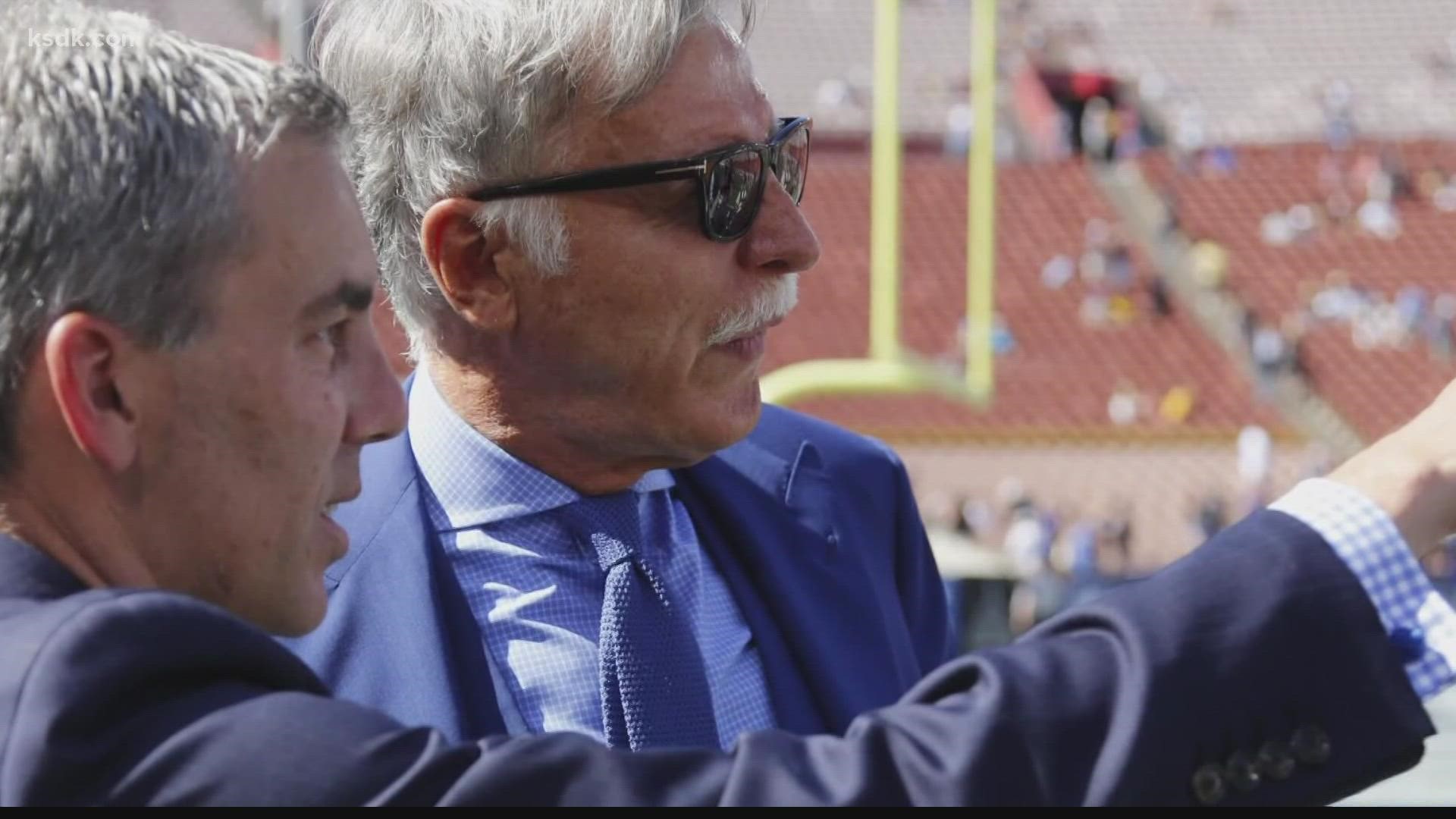 ST. LOUIS COUNTY, Mo. — St. Louis County's legislative leader is taking interest in talk that litigation with the Los Angeles Rams could be settled — and she has an idea on how to spend any proceeds.

The Sports Business Journal reported last week that Rams owner Stan Kroenke could seek to settle the St. Louis litigation separately from the National Football League and its other teams, with a possible offer to St. Louis of $500 million to $750 million. St. Louis County, along with the city of St. Louis and the public entity that owns the Dome at America's Center, is plaintiff in the case, which was filed in 2017 over the Rams' relocation to Los Angeles and is scheduled for a Jan. 10 trial.

Responding to that and other reports, County Council Chair Rita Days on Friday told County Executive Sam Page that the council has never been briefed on the lawsuit "nor about any potential settlement."

"As the clients of the plaintiffs' attorneys and as the public body accountable to St. Louis County taxpayers for appropriations, the Council should not be left in the dark by the County Executive and County Counselor in regard to official business in the name of our County," Days wrote in a letter to Page. "This is particularly true in regard to financial matters that could reportedly run into nine or more figures."

Days then tied possible settlement money to her wish that a recreation center be built in North County. She's tied final approval of county bonds for a $210 million expansion of the downtown America's Center convention complex to what she describes as a promise by St. Louis' tourism agency, Explore St. Louis, to build such a facility.

Explore operates America's Center, and last week warned that delaying the expansion of the convention center has taken it off schedule by several months and now threatens a September 2023 convention that could bring more than $15 million in economic activity to the St. Louis region.