The new location is expected to open in early November 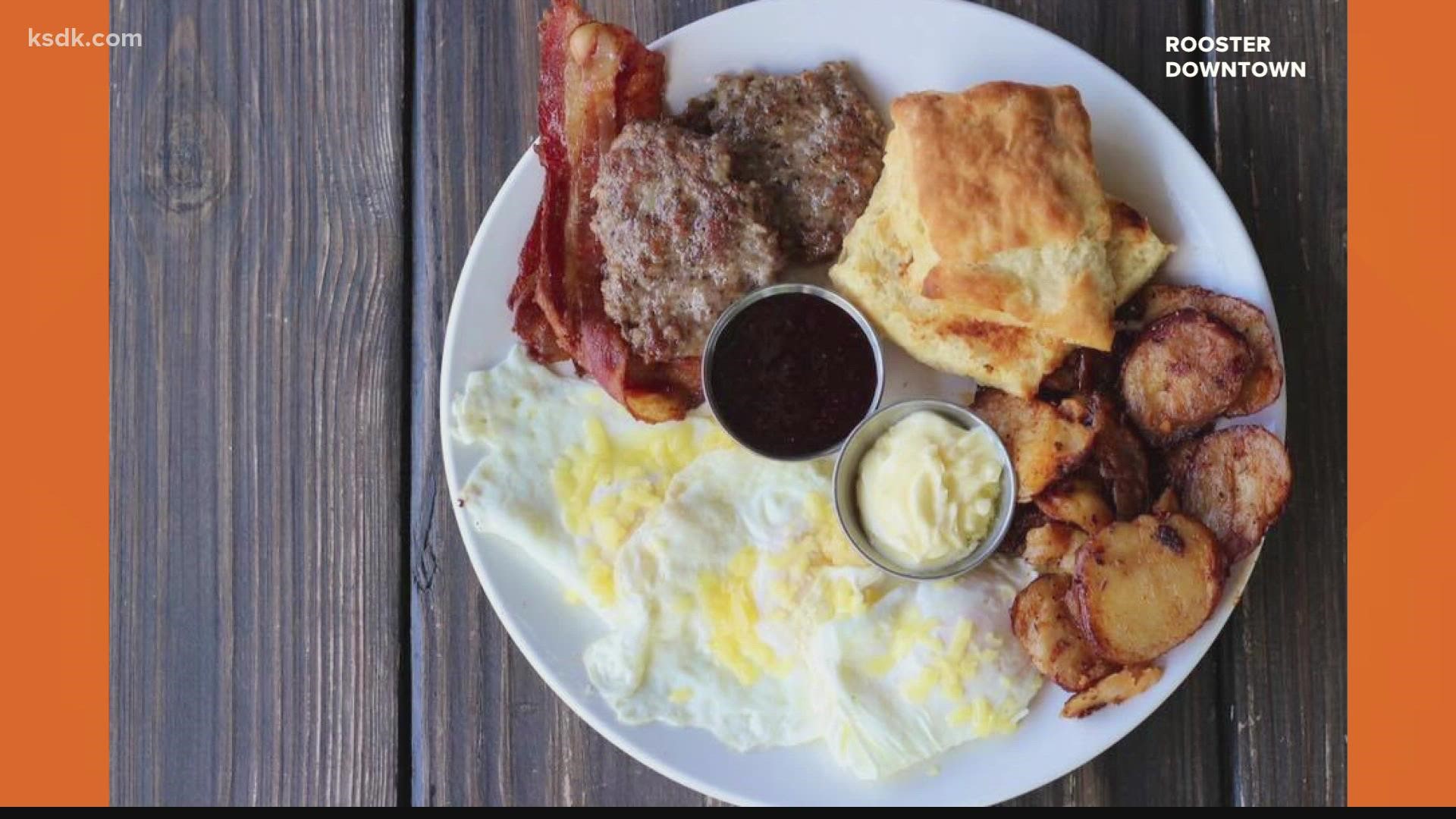 ST. LOUIS — Rooster, part of the Baileys' Restaurants group, is moving its downtown St. Louis eatery, but not far.

The restaurant's downtown location, currently at 1104 Locust St., is moving about a tenth of a mile to 1025 Washington Ave., according to a Facebook posting Tuesday. The new location is expected to open in early November, according to the posting.

The 7,310-square-foot space previously held Irish-themed pub The Dubliner, which closed that location in November 2015 after nine years. The Dubliner reopened in March 2019 in Maplewood, only to close in April 2020 citing the pandemic.

Rooster, which also has a location at 3150 S. Grand Blvd. in Tower Grove East, bills itself as a European-style cafe specializing in crepes, sandwiches and brunch fare, as well as local coffee, craft beer and cocktails.

The new downtown location will offer Rooster a larger kitchen and more seating, among other amenities, officials said.

"It is hard for us to believe, but Rooster opened almost 15 years ago on Locust, originally as a tiny 21 seat cafe serving just crepes and sandwiches," Rooster's Facebook posting said. "Ten years ago we took on our last expansion in that space to fill the entire first floor. Our new home on Washington Avenue will provide us with even more seating, a larger kitchen, and an upstairs private event space. We have been working on the decor to turn the old Dubliner, an iconic (and understandably dark) pub, to a bright and cheerful brunch spot. We are very thankful for the last 15 years in beautiful downtown, STL, and are excited for this new beginning."