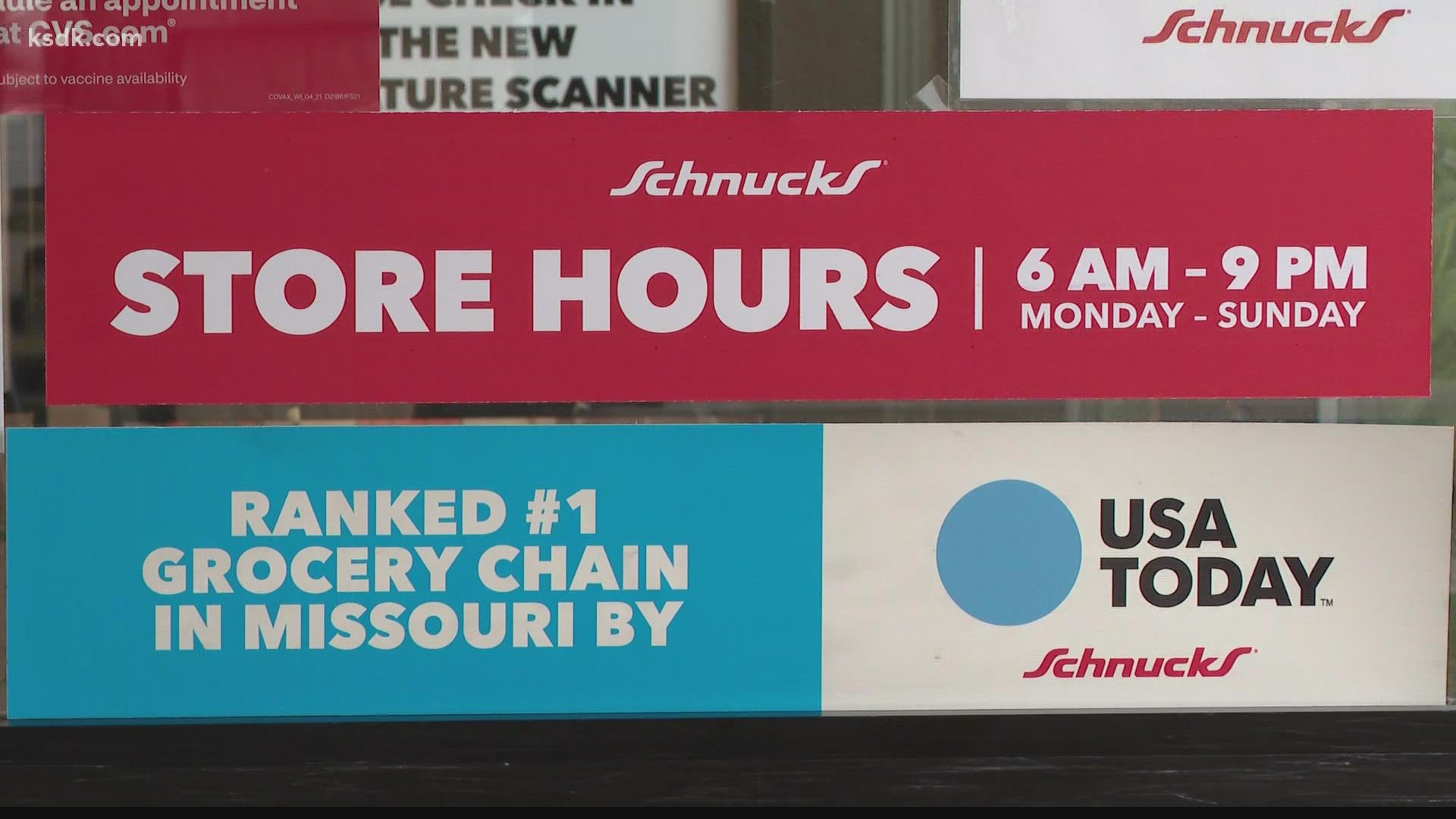 ST. LOUIS — Schnuck Markets, which recently shortened its hours in part because of labor shortages, this week announced a companywide wage increase to take effect Oct. 11 for eligible employees.

The grocer said the increased wages will apply to current and future Schnucks store, bakery plant and floral design center employees, with the exception of baggers. Store and facility workers who weren't already earning $12.10 per hour will have their pay increased to that figure, while deli, meat and seafood employees who don't currently earn $12.75 hourly will be increased to that amount.

Also, Schnuck Markets officials said that many union workers currently earning the top rate will have contract increases accelerated by two months, to be effective Nov. 1 instead of Jan. 1 as originally scheduled. Schnucks most recent, three-year contract with United Food and Commercial Workers Local 655 expires in May 2022.

The pay changes are in addition to a one-time performance and retention bonus, announced by Schnucks last week, of up to $600 to be paid in January. Schnucks had said the new bonus was the fourth bonus it has given to workers since spring 2020.

Todd Schnuck, chairman and CEO of Schnuck Markets, announced the upcoming wage increase Thursday as it was holding a companywide career fair at all of its stores as well as the Schnucks Bakery Plant.

RELATED: This Schnucks location just got a makeover, with new dining hall and apparel store