St. Louis City SC details plans for a garage that does more than just park cars

City SC said the new four-story, 220,000-square foot parking garage will be located along the 1900 block of Olive Street, adjacent to its stadium 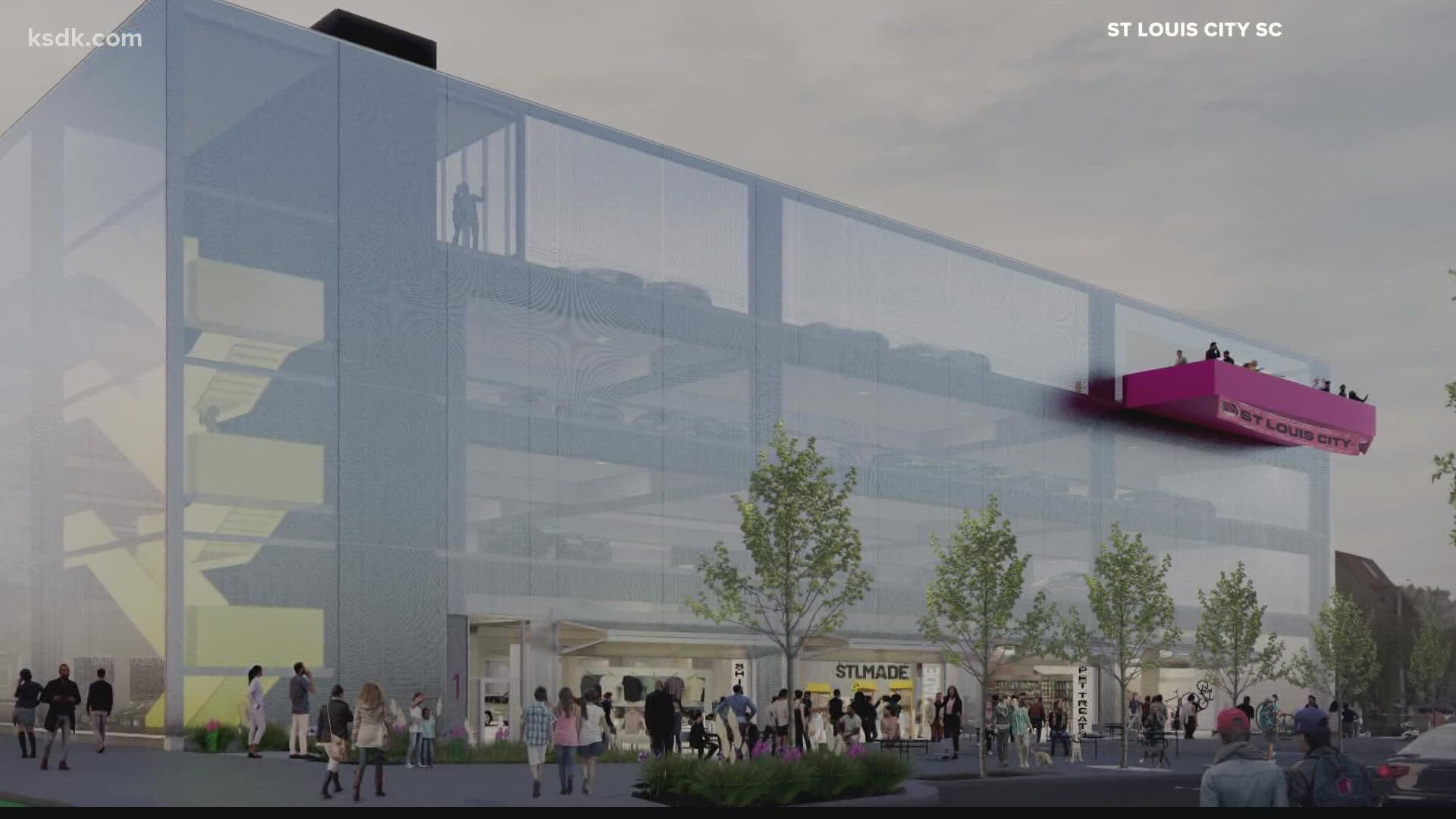 City SC said the new four-story, 220,000-square foot parking garage will be located along the 1900 block of Olive Street, adjacent to its stadium. In addition to being used on game days, the club said the new parking facility is being built to provide replacement parking for Downtown West workers who lost spaces that were located in the footprint of City SC’s stadium development.

In addition to its 450 parking spaces, plans for the garage also call for electric vehicle charging stations, bike parking, an event balcony and a “pop-up retail concept” on its ground floor.

"Just as the stadium district is not just for soccer, the new garage is not just for cars,” said Julie Snow, who is founding principal at Snow Kreilich Architects and spearheaded the design of the facility, in a statement. “While it provides easy, quick parking and exiting, it also is designed for cyclists using the planned bike routes next to the site, and for pedestrians passing by. We are especially excited about the multiple large-scale folding doors that can be opened to create a canopy shading for flexible pop-up events and retail.”

A spokesman for City SC said the new parking garage will be “majority privately funded and cost estimates are ongoing.” He added the project is still in its early phases of design, planning and construction.