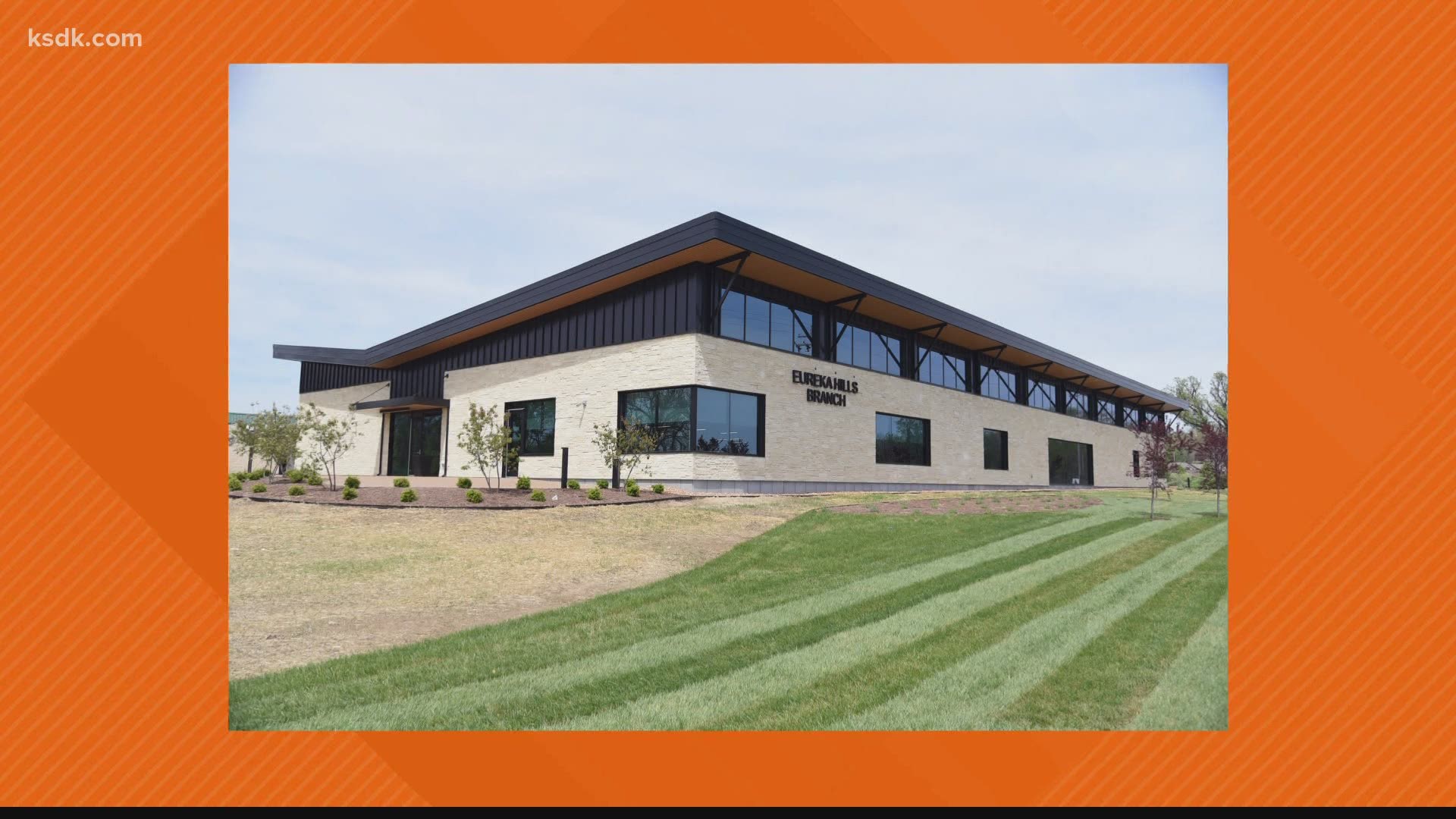 The new library branch, located at 500 Workman Road, is replacing a smaller, current branch in Eureka at 156 Eureka Towne Center, which will permanently close its doors at 5 p.m. Saturday.

The existing Eureka library branch is housed inside a 6,500-square-foot leased facility that previously held a Blockbuster Video store, officials said. The new library branch encompasses 15,000 square feet and features an expanded collection of materials; a new children’s area with carpeted reading nooks; three private study rooms; space for programming; a quiet reading room; a community room with surround sound; a business center with fax, copy and scanning machines; a common area with tables and a laptop bar; and a space for teens. In addition, there is an outdoor reading patio.

St. Louis County Library Director Kristen Sorth first announced the Eureka project in November 2017 after the organization purchased a $590,000, 3.5-acre parcel on Workman Road. The cost of the land and the new branch was funded through the system's general operating fund, officials said. In 2018, McBride Homes donated $100,000 to help build the new branch.

The Eureka Hills branch was designed by Arcturis.

The new Eureka Hills branch was not part of the Your Library Renewed campaign, a more than $120 million, tax-funded effort to renovate or replace 19 of 20 branches in the St. Louis County Library district. Officials said that when the system's facilities master plan was developed, the Eureka branch had just moved into larger space, but they have since determined the growing Eureka community needs a full-service branch.

St. Louis County Library is currently working on a new 39,970-square-foot administrative building located near the intersection of Clayton Road and Spoede Road in Frontenac. The building will house only the district's administrative staff. The system's history and genealogy departments will continue to be housed at its Ladue location, 1640 S. Lindbergh Blvd., before the property is rebuilt at a later date.