Clancy called a vote to elect a presiding officer "illegal." She then called Fitch a "bully." 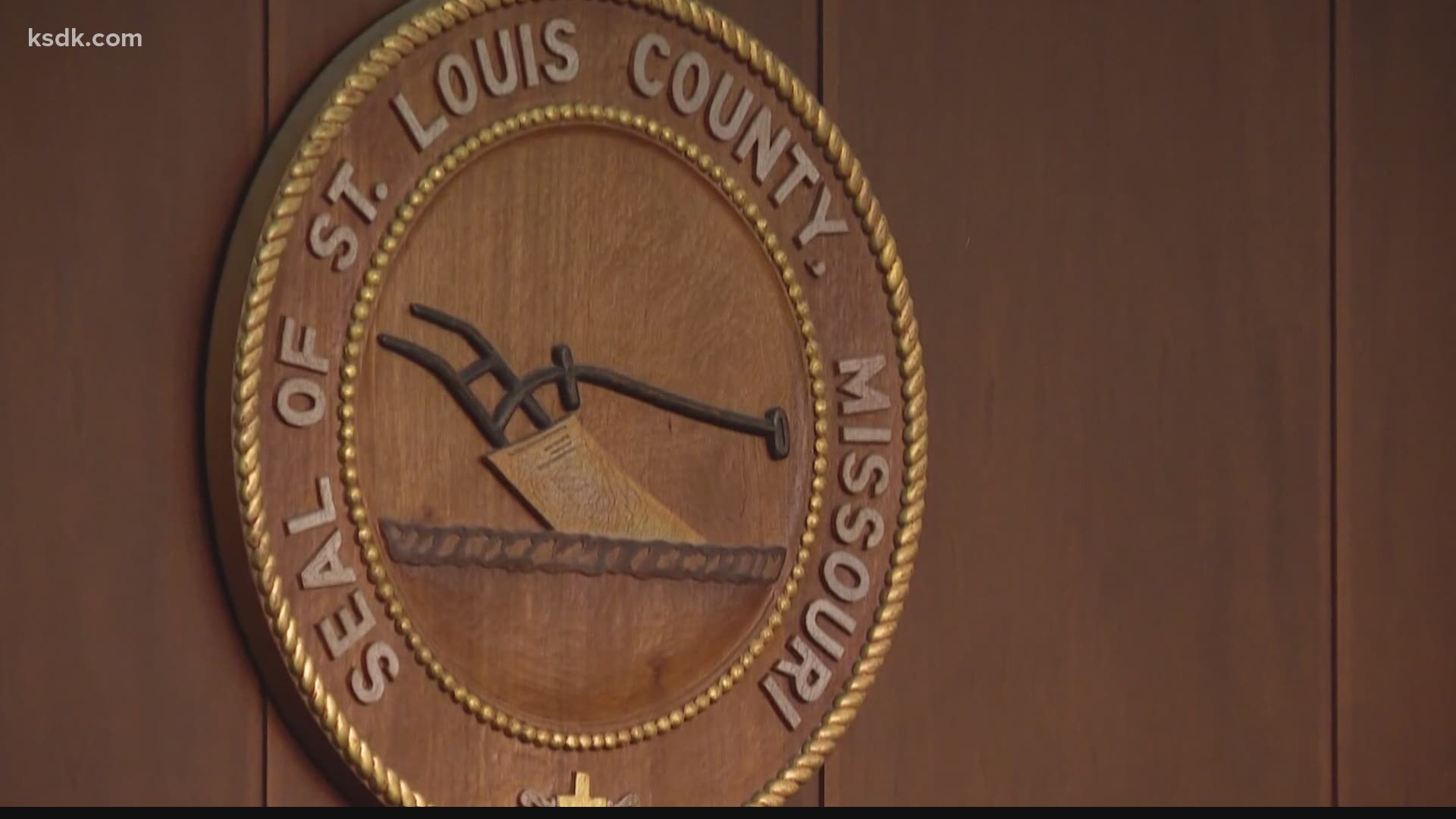 ST. LOUIS COUNTY, Mo. — A meeting of St. Louis County lawmakers descended into chaos Tuesday night, with members screaming about continued maneuvers over who will lead them.

Boosted by Councilwoman Shalonda Webb, who had been sworn into office earlier in the day, a new County Council majority voted to void moves last week making Councilwoman Lisa Clancy chair and Councilman Ernie Trakas vice chair for 2021. The chair position shepherds legislation from the county executive's office and decides who will serve on council committees.

Then the group — which also includes councilmen Tim Fitch and Mark Harder, and Councilwoman Rita Heard Days — attempted to pick a temporary leader to conduct the meeting.

"You are no longer the chair," Fitch told Clancy.

Clancy called a vote to elect a presiding officer "illegal." She then called Fitch a "bully."

When Clancy attempted to move on to other business, the four council members who oppose her put forward a motion to abruptly end the meeting, which was held virtually. The motion passed.

Click here for the full story from the St. Louis Business Journal

The meeting ended abruptly, leaving a full agenda largely unaddressed, as council members squared off over a controversial vote last week that led to a critical shift in power.​ https://t.co/WuqKdJHg3i