"I'm getting bombarded with texts asking what's going to happen. It's like, I don't know."

So Ping struck a deal to lease a former women's fitness studio next door, and has worked to expand Russell's for about four weeks.

"The idea was we would do a DIY space and get it open fast as kind of a creative way to keep seating," Ping said.

But just as the space was coming together, St. Louis County Executive Sam Page announced Friday that indoor dining would close for at least four weeks starting Tuesday amid a surge in COVID-19 cases.

Ping has another restaurant, Russell's on Macklind, in the city of St. Louis, which isn't closing indoor dining.

"It's incredibly frustrating," Ping said of the differing edicts. "I'm getting bombarded with texts asking what's going to happen. It's like, I don't know."

Some employees in Fenton may transition to a Thanksgiving to-go business, while others work a newly launched online store that sells gooey butter cake. Russell's already closed another location in Chesterfield due to Covid and is in the middle of converting a coffee shop, Lola Jean's, into a Sicilian pizza joint.

But Ping is sure some workers will have to be furloughed, at least while indoor dining is nixed. And that's an even tougher decision now than it might have been earlier this year: those laid off employees won't receive enhanced federal unemployment benefits until Congress is able to reach a deal on new virus aid.

Page's latest announcement sparked questions about the prevalence of virus transmission within businesses. City officials have said the virus is primarily spreading in private social gatherings, and Alex Garza, head of a task force of St. Louis health systems, said last month that even if bars and restaurants were shut down, like they were earlier in the pandemic, "I don't know how much of an impact that would have on transmission, because there is so much (virus) now out in the community."

But Page said Friday that there was evidence of transmission in bars and restaurants, and Garza soon after backed a statewide "safer at home" order, in which residents would be encouraged not to leave their residences except for narrow reasons such as going to work, school and seeking medical care. Missouri Gov. Mike Parson has resisted that, as well as a statewide mask mandate. 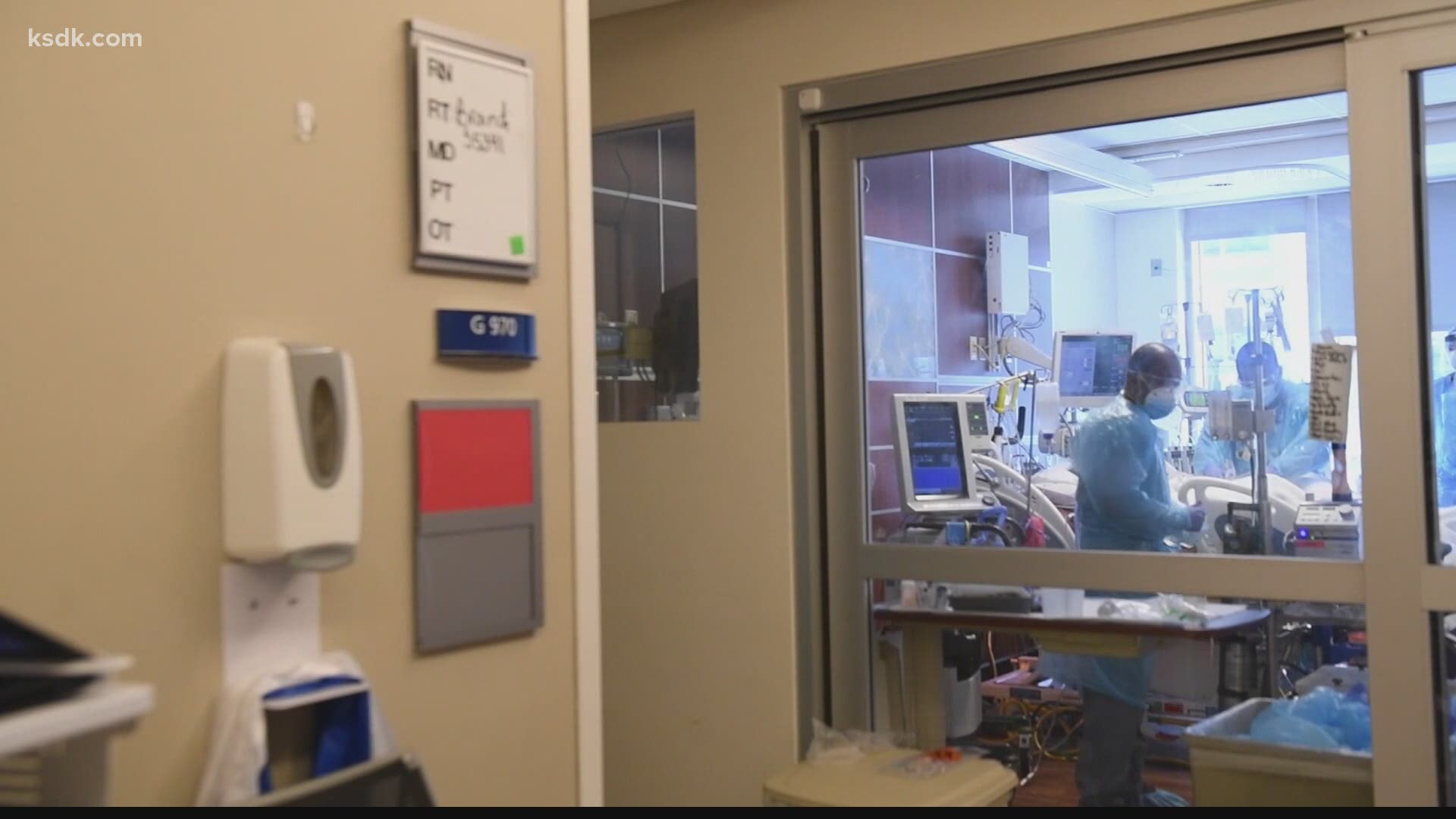