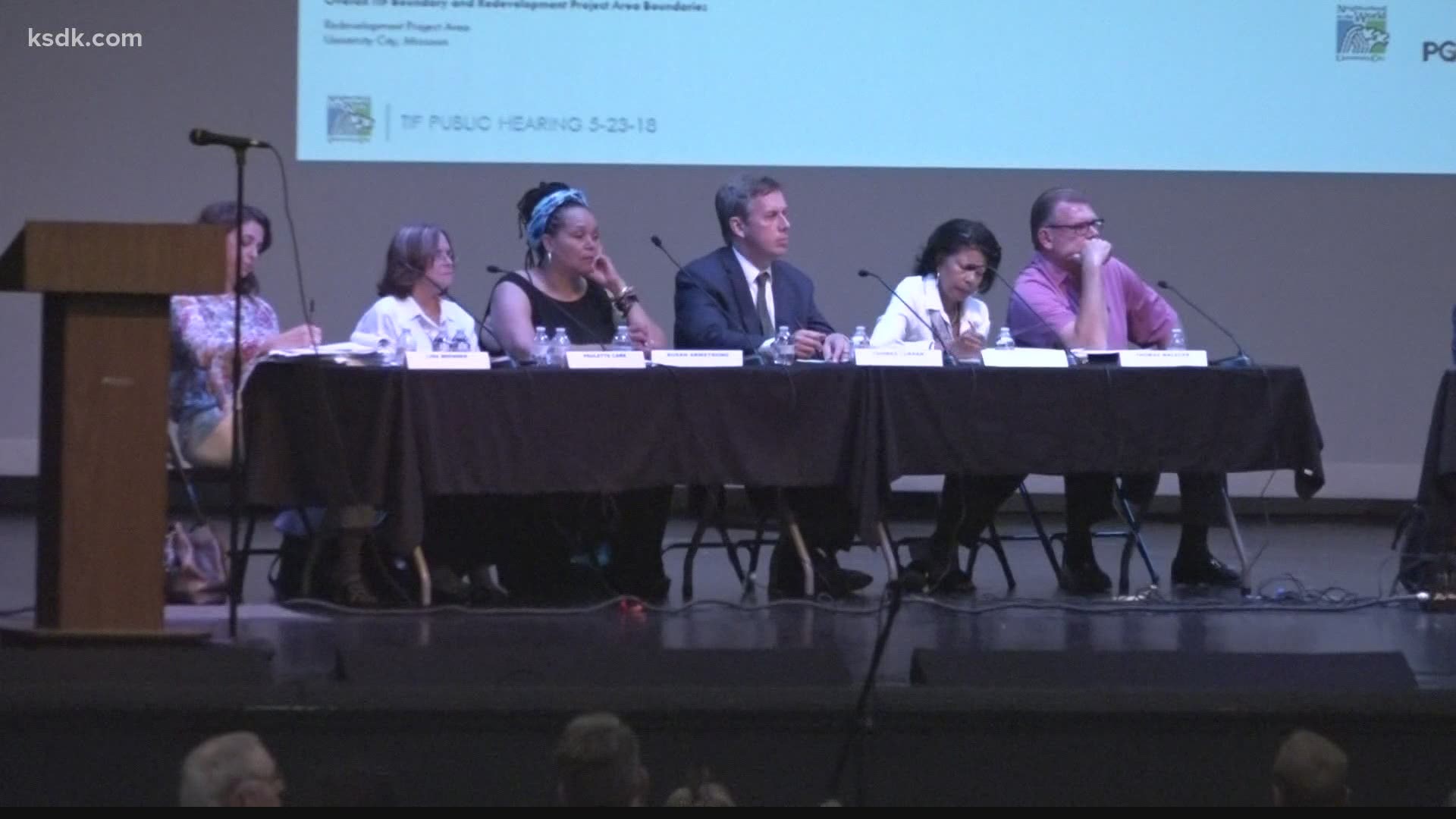 ST. LOUIS — The developer behind a nearly $190 million project in University City is set to gain control of the project's first 16 acres by March 29 to ready it for construction of a new Costco.

Webster Groves-based Novus Development is planning to close on the acquisition of seven parcels at Olive Boulevard and Interstate 170 on March 29 for an undisclosed price. Then, site work of the land can start to get it "pad ready" for the development of the Costco store, said Lenny Meers of Grimes Consulting, the civil engineering and surveying firm that represented Novus at the University City Plan Commission meeting Wednesday.

The plan commission unanimously approved the measure to combine those parcels — comprised of two warehouses, a storage facility, a church and school — into one, 16-acre plot. The measure now moves to the U City City Council, which is slated to review it at an upcoming meeting.

It's not clear when construction on Costco will start. Novus Development President Jonathan Browne did not immediately respond to a request for information, and Costco officials could not be reached for comment.

The University City site would mark Costco's fourth location in the St. Louis region. It has stores in St. Peters, Manchester and south St. Louis County.

The 16-acre Costco site is just one portion of the first phase of Novus' $189.4 million mixed-use development in University City called Market at Olive. The entire development is slated to add a mix of retail, apartments, offices and potentially a hotel.