KC has assembled a Hyperloop team. St. Louis? Not just yet.

The inactivity from St. Louis around the RFP stood out to Andrew Smith, a former St. Louis Regional Chamber executive. 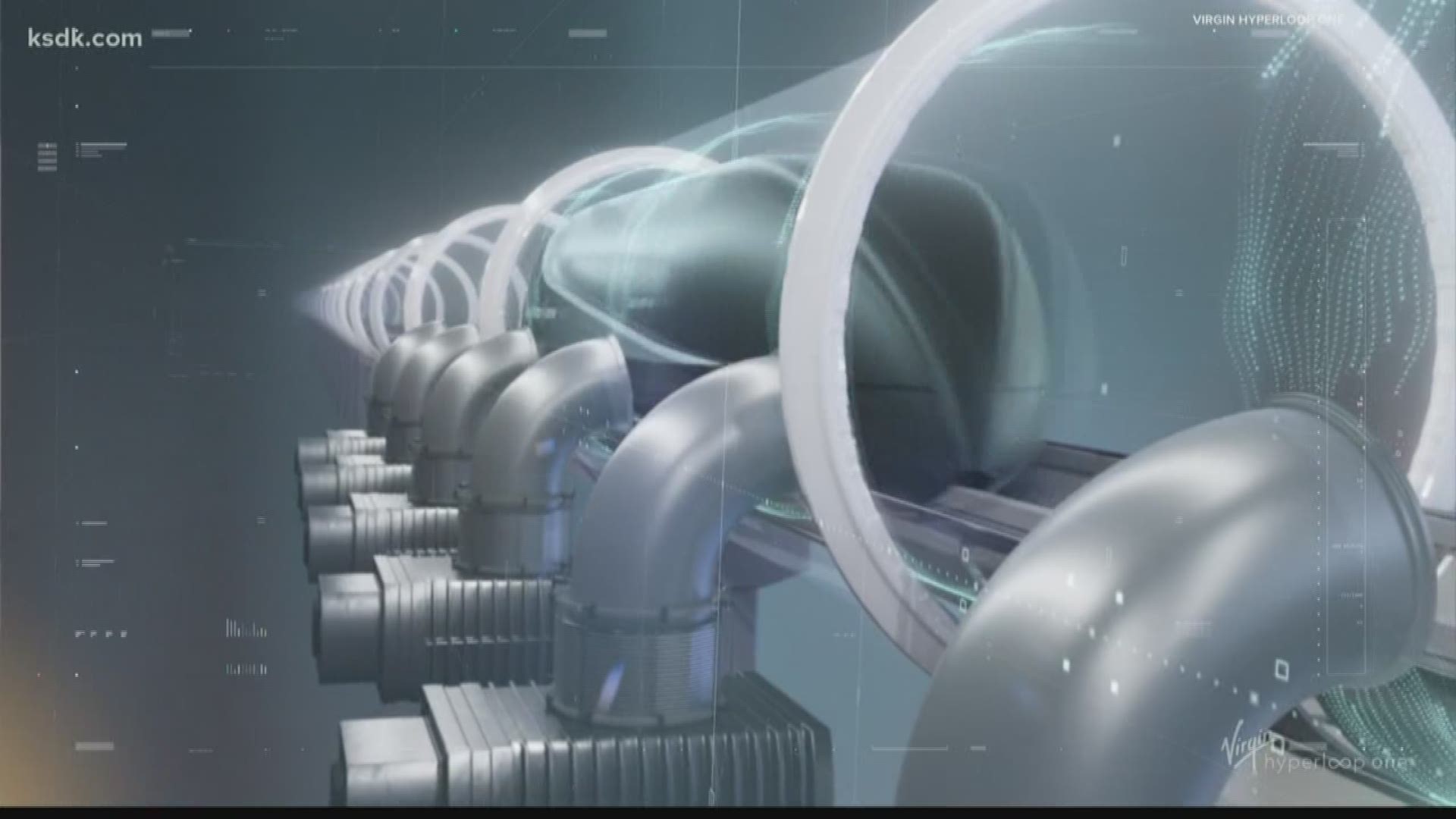 ST. LOUIS — The Kansas City region knows who will be making its response to a request for proposals to build a Virgin Hyperloop test track there.

Not in St. Louis.

Los Angeles-based Virgin Hyperloop One told Reuters last week it was issuing a RFP to states, regional governments or other groups interested in hosting a so-called "Hyperloop Certification Center" and test track to set regulatory, safety and testing standards for the high-speed rail technology.

The inactivity from St. Louis around the RFP stood out to Andrew Smith, a former St. Louis Regional Chamber executive who earlier this year joined a Rex Sinquefield-backed group's push to build a Hyperloop system between St. Louis and Kansas City.

"It has now been a week since we received the RFP, and I'm not aware of any organization activity around this," Smith, of First Rule, wrote to Missouri economic development officials on Monday, asking who in St. Louis would take the lead to try to land the transportation technology, which envisions propelling passengers and cargo through a tube at fast speeds.

Officials said last month that Virgin Hyperloop One, the Los Angeles company looking to commercialize the technology, this fall would evaluate local bids and then award a 12- to 15-mile test track to a region. It could cost $30 million to $40 million per mile, and rely on local and state subsidies. A full track would run between St. Louis and Kansas City, with a stop in Columbia.

Mun Choi, president of the University of Missouri System, asked Smith to "reach out to STL leaders to determine who will be our responding entity," Smith wrote.

"As I understand it, the ball is now in (Steve Johnson's) court," Smith wrote. "We need to know what involvement the Alliance is going to have in this project. If the Alliance is willing and able to lead it, ok. If they would prefer that someone else lead, that’s ok too. But I do believe they have to be involved, particularly when it comes to site options for the engineering and assembly facilities (a total of ~200,000sf per the RFP). I am happy to play any role the group wants me to play."