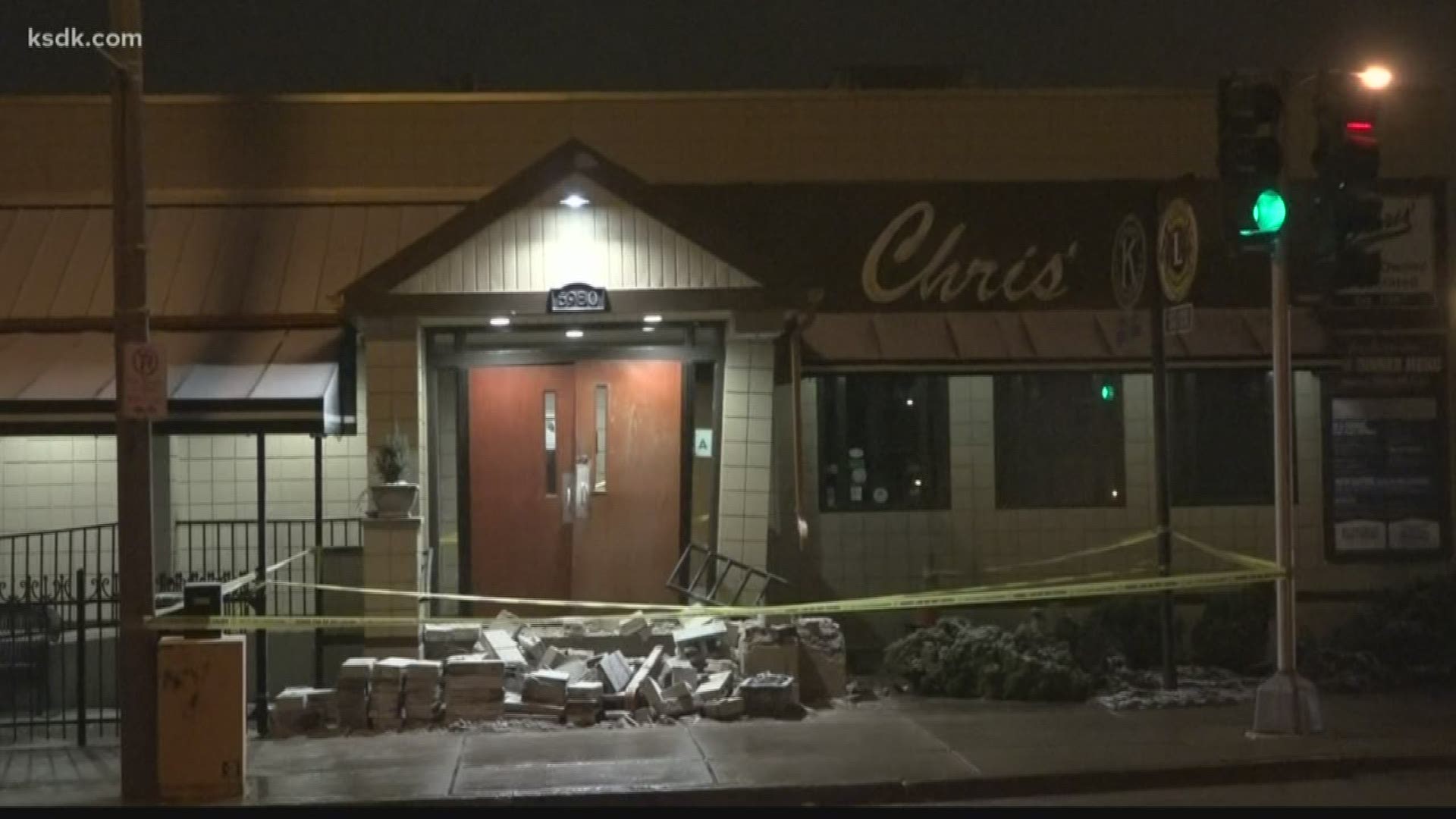 ST. LOUIS — The griddle is off at Chris’ Pancake & Dining in south St. Louis after a car damaged the main entrance.

A photo shared by the south city restaurant on social media showed a pile of cinder blocks scattered on the sidewalk and the top of the steps leading up to the front doors. One of the doors looked to be slightly off its hinges.

The damage also appeared to extend into the side area of the entryway. Part of the wall was bent in and there was a crack in the cinder blocks along the bottom of the wall.

Police tape surrounded the area to keep any possible visitors away from the damage.

The restaurant said a car drove into the entrance area, but luckily no one was injured. The crash happened Tuesday afternoon – which also happened to be National Pancake Day – and the restaurant was open at the time.

Here’s what Chris’ wrote about the incident on Facebook:

“Unfortunately after a car accident today we are forced to close down due to structural damage to our building. We are very thankful no one was injured!

“Thank you to everyone for the awesome support—we will keep you posted on when we will be opening our doors again!”

According to the St. Louis police crash report, the wreck happened at about 4:10 p.m. Tuesday. A sedan and a truck were involved and the truck hit the restaurant. A person who was inside the truck ran away from the crash scene, police said.

Chris’ Pancake is a staple at Southwest Avenue and Watson Road in the Clifton Heights neighborhood of south city.